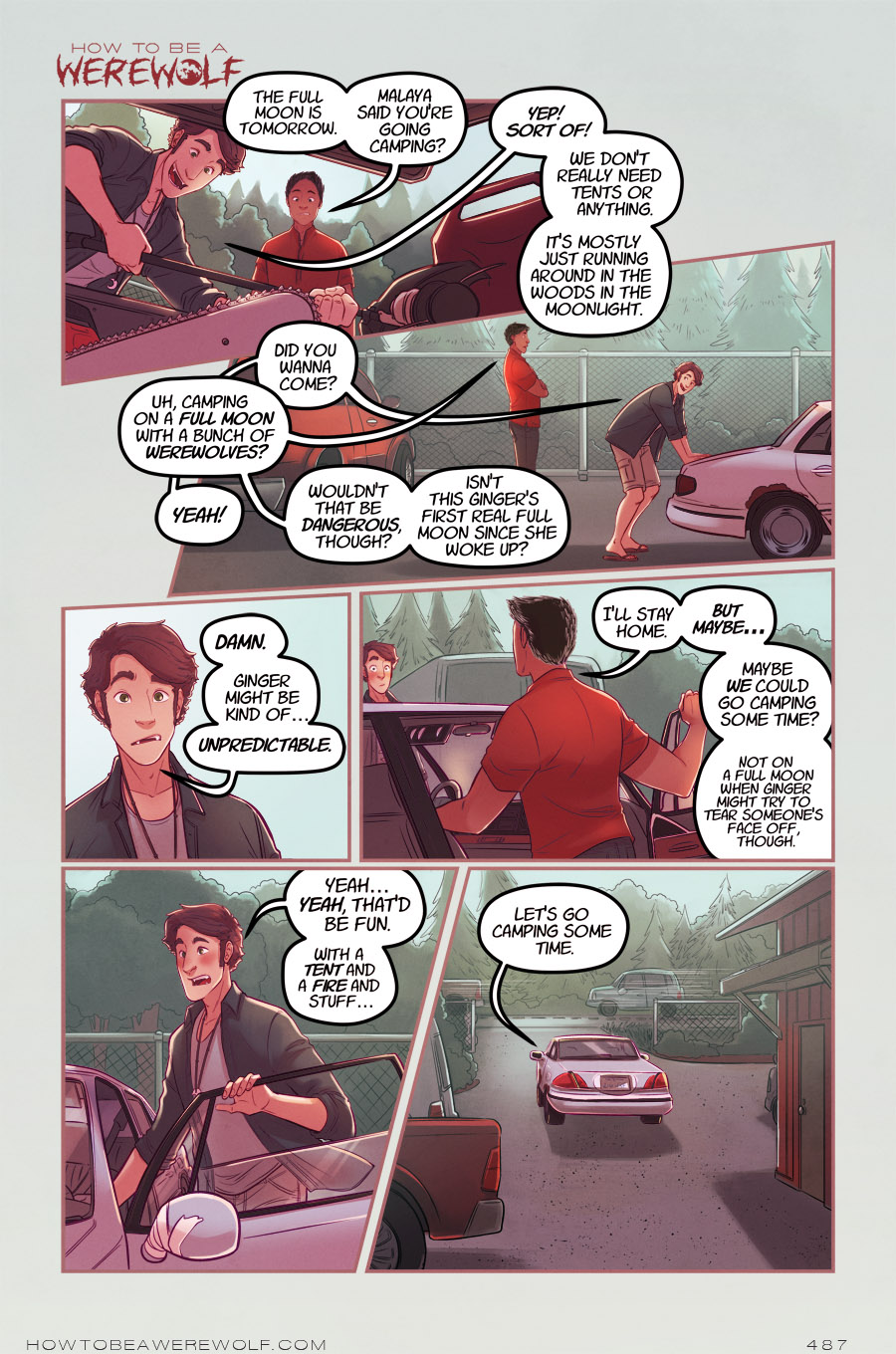 Vote over at TWC and you can see Marin being angry in tomorrow's page!

I posted a collection of Elias/Vincent artwork I've done over the years on Twitter yesterday, so you're welcome for that. (Follow me on Twitter.) And hey, next up is camping at some point! Eventually! Just tuck it away in the back of your mind, we'll get around to it. But in the meantime, there are about ten million things that have to happen in this chapter first!

Speaking of which, as someone who knows the future, the beginning of this chapter does not really reflect how absolutely bonkers the last forty or so pages will be. Hm. Maybe that's a good thing. False sense of security.

Anyway, I'm off to try and figure out why my computer hates the internet! I upgraded to Windows 10 about a month ago, and ever since, my internet connection has been wigging out. I think I'm blaming it on my wifi router, into which my computer's ethernet cable is plugged, but wifi has been working fine. Maybe it's the cord. Maybe it's a million other things. That's my afternoon, though!