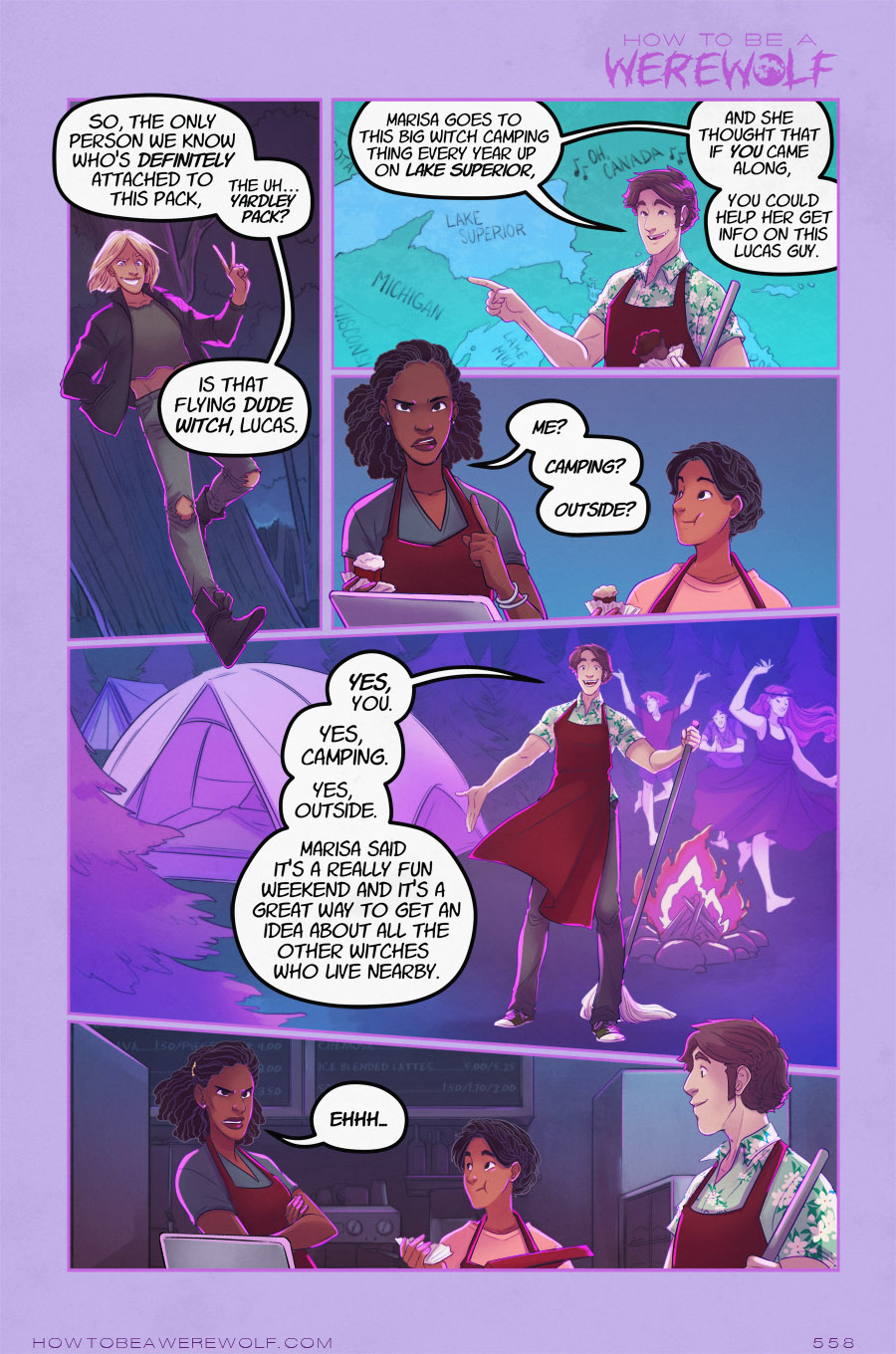 Vote over at TWC and you can see Charlene fed up with all of this :D

These pages are far apart in release time, and things will be better defined later, so here's the rundown:

-Malaya suspects/knows that the Yardley pack is Tom, Lucas, and the other werewolves she doesn't know the names of yet. (Ella is Tom's daughter, Isaac is the tall bearded werewolf man, and the other three werewolves I haven't named yet...I need to look at what I wrote for the blog posts for those pages to see if I listed them somewhere. I'll get to it.)

-Natalie Strong (and her husband Julian) are representing the Yardley pack in these virtual meetings because they're opposed to technology. She has ulterior motives.

-The only person they KNOW is associated with this pack is Lucas, because he introduced himself in Chapter 9. So they have to go off of what they know, and that's the only thing that's 100% certain (unless he was lying and his name isn't Lucas, but either way...he's a witch man who flies, so that's a start.)

For continuity's sake, please know that Elias already ate his entire cupcake (because of who he is as a person). On pages like this that are mostly them standing around talking at the coffee shop, I try to mix things up where I can so it's more visually interesting. Comics are wild! There's no issue with showing Elias in front of a map of Lake Superior or a camp site for visual reference, but if you did that in a movie, it'd look insane. I figure anyone who doesn't live around the Midwest isn't going to know where Lake Superior is, so now you know. It's under Canada and over Michigan and next to Wisconsin and Minnesota. Hooray!

Feel free to check out my goofy Amazon store if you're so inclined, or I have some merch up on Society6 if you're looking for my old store link! Thanks to everyone who's come out to support me through Ko-fi and Patreon!