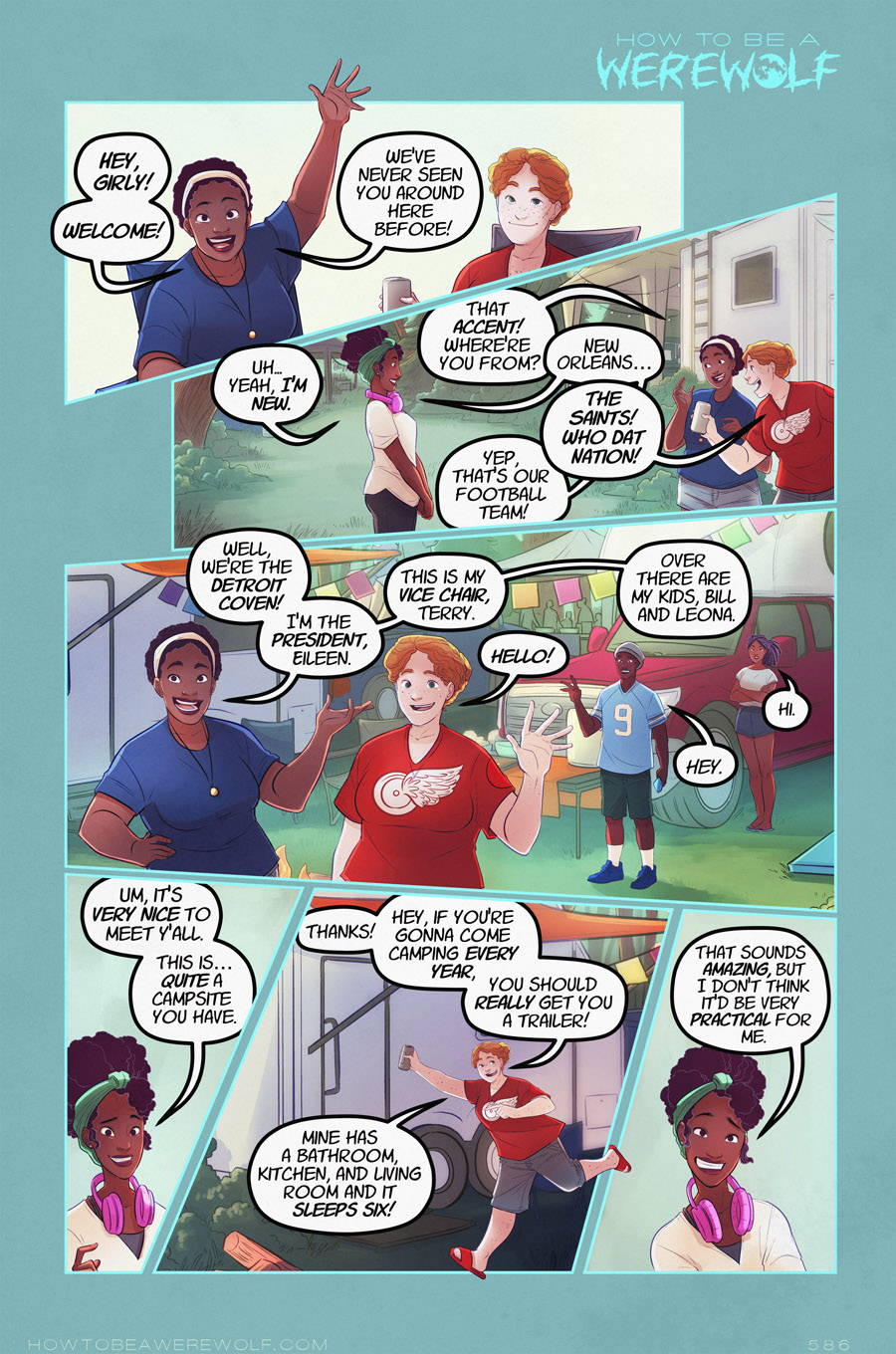 Come on, Charlene. Just park the camper outside your apartment! Very practical.
Posted January 5, 2021 at 1:29 pm

First, a disclaimer! Terry and Eileen aren't lesbians, they're just very midwestern. Trust me on this, half the women in my neighborhood spend summer in basketball shorts and sports jerseys. Everyone, male or female, just kind of dresses like they're about to teach gym class to middle school kids. We're just not a very fashionable bunch in working class areas, which I find very charming. It also means that my low effort style makes me the best dressed at Target on many occasions, and what a power trip that is.

A different disclaimer! I've never been to Detroit! I know people who are FROM Detroit, and I live in an area that has much the same factories/manufacturing/city sprawl vibe, so I'm going with what I know here. If they don't feel like they're from Detroit, that's my excuse. But I've never met a sports fan who isn't obsessed with whatever team is closest to your hometown, so there's that! Terry also supports the Detroit Red Wings hockey team, and this is the best I can do for an off brand logo for them without outright stealing it and getting into copyright hell.

And yet a third disclaimer, Saints fans are VERY enthusiastic. The Saints beat the Indianapolis Colts in 2010 at the Super Bowl and I remember it being quite a big deal. I half-heartedly rooted for Indiana, but I honestly didn't know that Indiana had a football team (let alone a basketball team) until I was out of high school because I live near Chicago and no one here cares about the Colts. It's da Bears 100%. Anyway, the Saints' slogan is "Who dat?", which can also be used as a noun to describe a Saints fan. The whole chant is "Who dat? Who dat? Who dat say dey gonna beat dem Saints?" My cousin and her husband are big fans, and I understand nothing about football.

I forgot to have Charlene introduce herself here, but just breeze past that and assume she was so overcome by Midwestern enthusiasm that she forgot like I did.