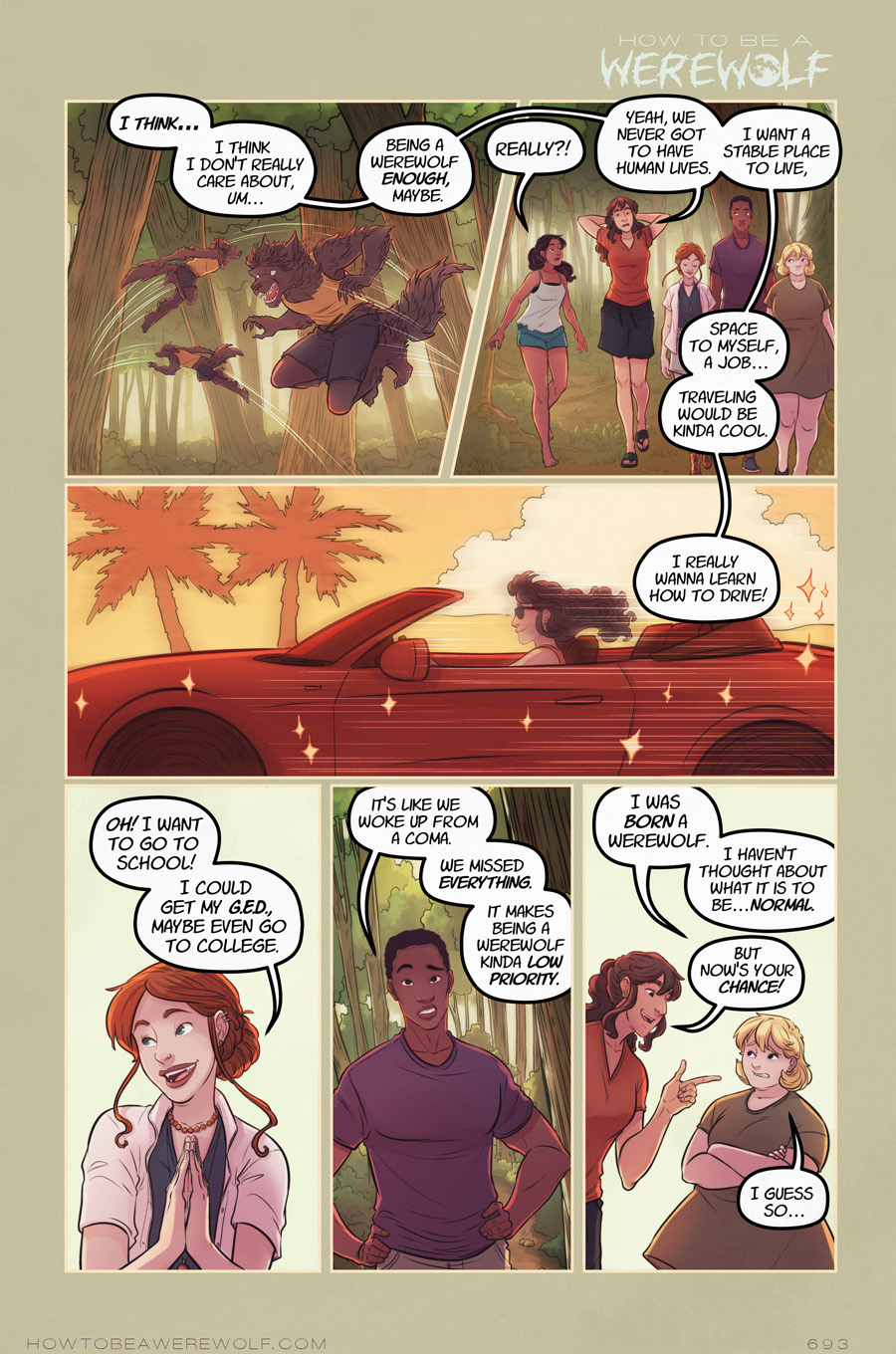 Vote over at TWC and you can see a bit of tomorrow's page!

Oh, daylight saving time is not my friend. I do not have my act together yet lol. Maybe by next week.

When I was working my way through this scene, I tried to imagine what the big issue would be that held back the other werewolves in different ways from how Malaya processed being a werewolf. None of them are really afraid to be a werewolf the same way she was, but they each have other issues. Tim is fine with being a werewolf but not so good at the human things (and maybe never will be, but he doesn't seem to mind), Ginger is kind of okay with both but still has ambitions, Aubrey doesn't really see where the separation between the two even is, and Harvey and Marcus are kind of itching to be people now that they can.

You'd think this chapter would end up being about the potluck, but would you be surprised if I said there are way too many things to address before we get to that? I'm kind of using this chapter as a breather to wrap up some other things and I also want to spend some time focusing on Elias specifically since he hasn't had much time to deal with his role of teacher shifting to being just a pack member.