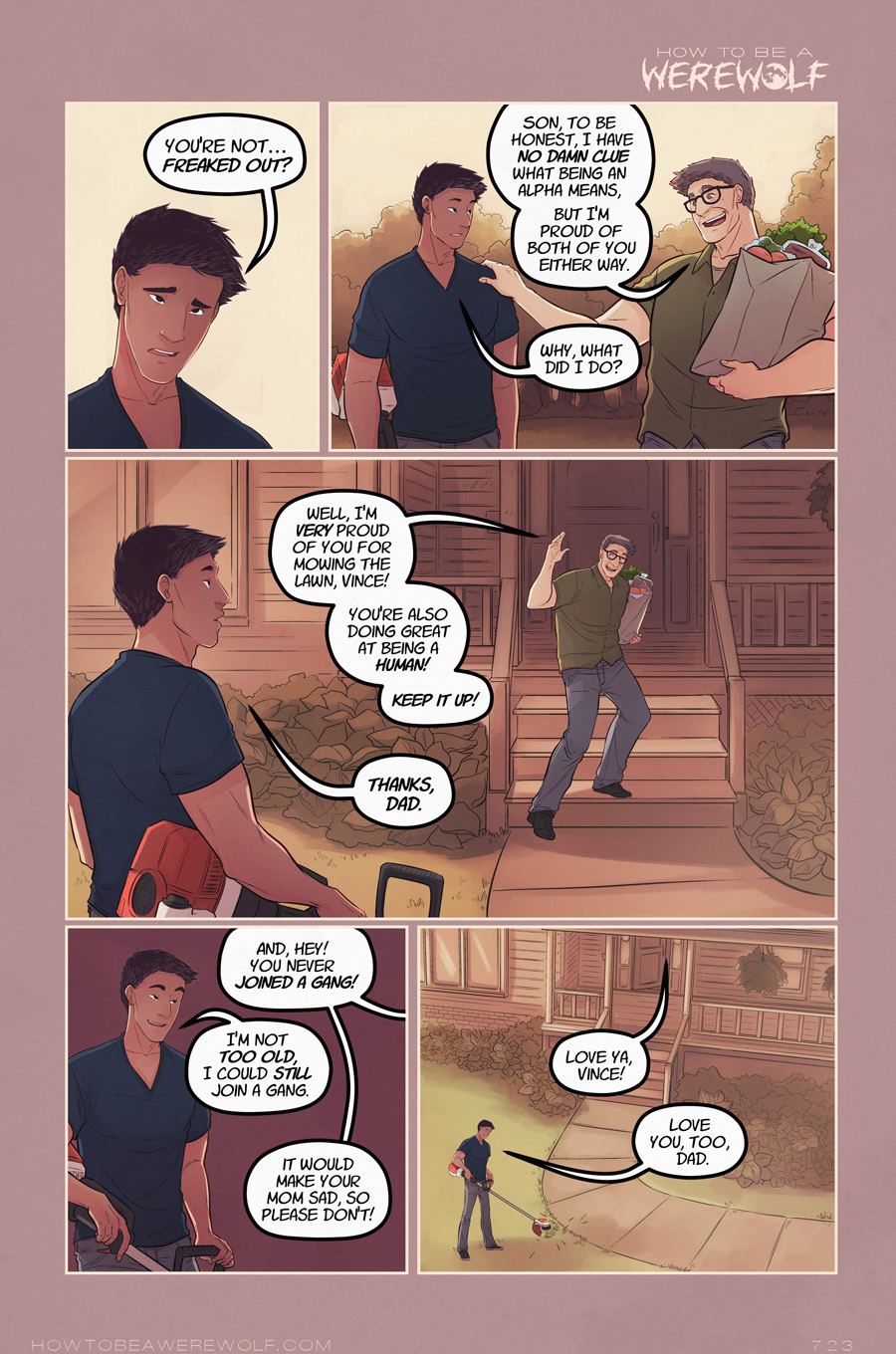 Vote over at TWC and you can see some thumbnails! Exciting stuff, I haven't done that in awhile lol

I spent way too long yesterday puzzling my way through the timeline of the last few chapters to make sure I have the next events in order. I had thought that the full moon was next, but no! That's not until later. Hm, that gives me some ideas actually, if it's not until the end of the chapter. I could never write this story ahead of time because I come up with better ideas if I don't. Also, it'll come up in the next pages, but there's already been one full moon since all the wolves were freed from Connie's house. We're mentioning it, but we're breezing past it for time's sake. July 2015 had two full moons, there was a blue moon on the 31st, so we're currently mid-July or so. We have to survive the werewolf council meeting and THEN we'll get to the finale of this chapter. My pacing is a mess, but it works out okay in the end, I think. I write based on vibes.