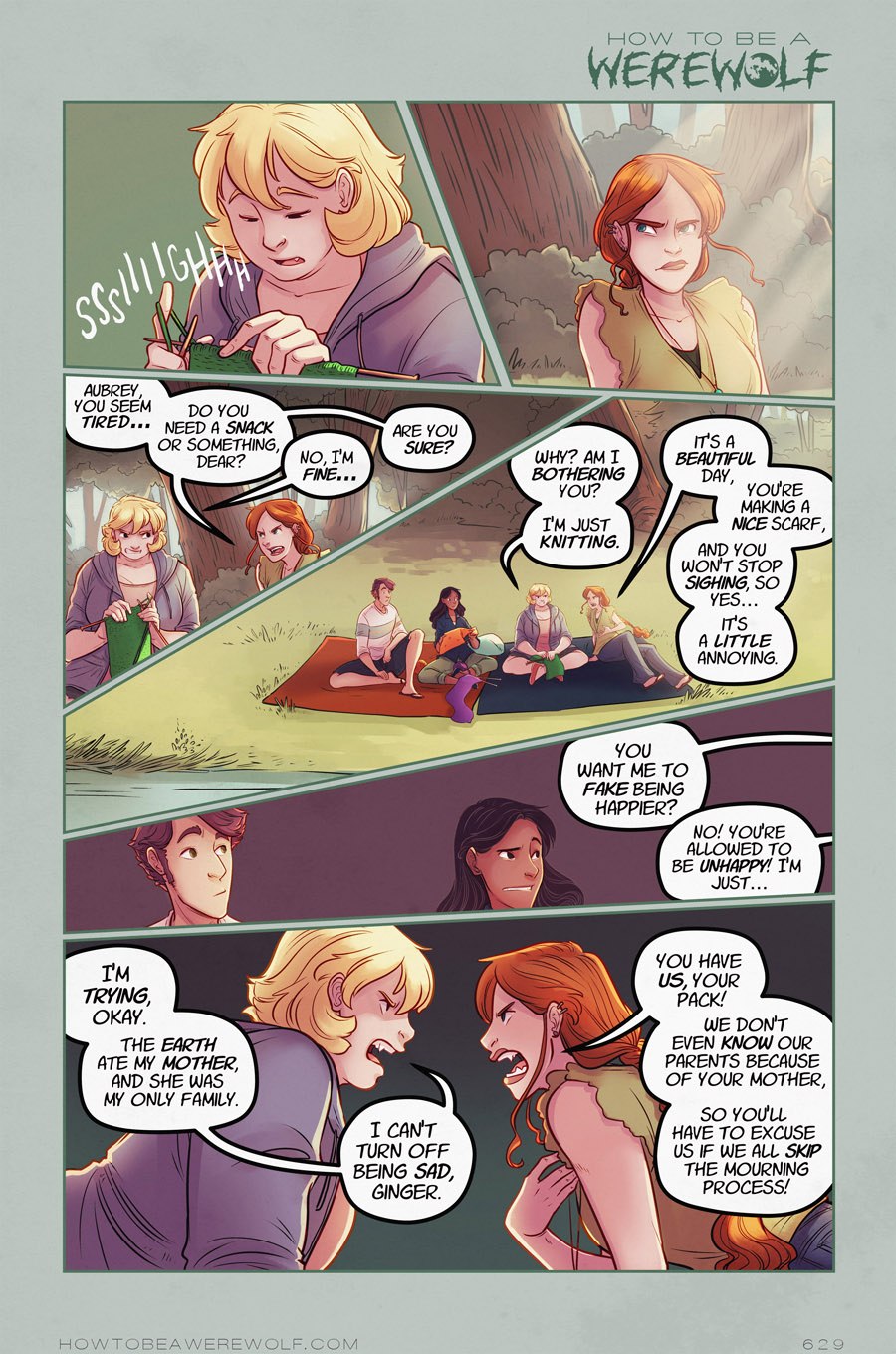 God, I just love writing character dynamics that make the story move where I need it to. I had a hard think about how I wanted to get to the next part of this chapter. (I'll just admit now, I gave up trying to figure out how long this chapter would be, who the fuck cares really?) I was able to get our camp crew to a point where that's obviously going to turn into something climactic, but I needed these werewolves to get to the same point. But knitting is very chill! On purpose! Sitting down and staring the walls for awhile, I realized that this whole chapter, Ginger has been frustrated with Aubrey's moping, and Aubrey has been quite dedicated to said moping. We were ready for an actual confrontation about that, which is a great way to get to where I need to go next in order to wrap up this chapter before I'm a million years old. Hooray! Writing your story to use the characters' interactions to create the events that transpire is literally the only way to write. Others may disagree with me, but they're wrong, so don't listen to them. Everything else is set dressing, the characters are key.

Also, I'm already a million years old, so I shouldn't be too concerned I think.

HTBAW Fandom Wiki is up and running! Thanks to Myk Streja for tons of help with moderation efforts and everyone else who's done a ton of work on adding information and filling out the Wiki. Thank you everyone for contributing and it's an amazing and super detailed resource!