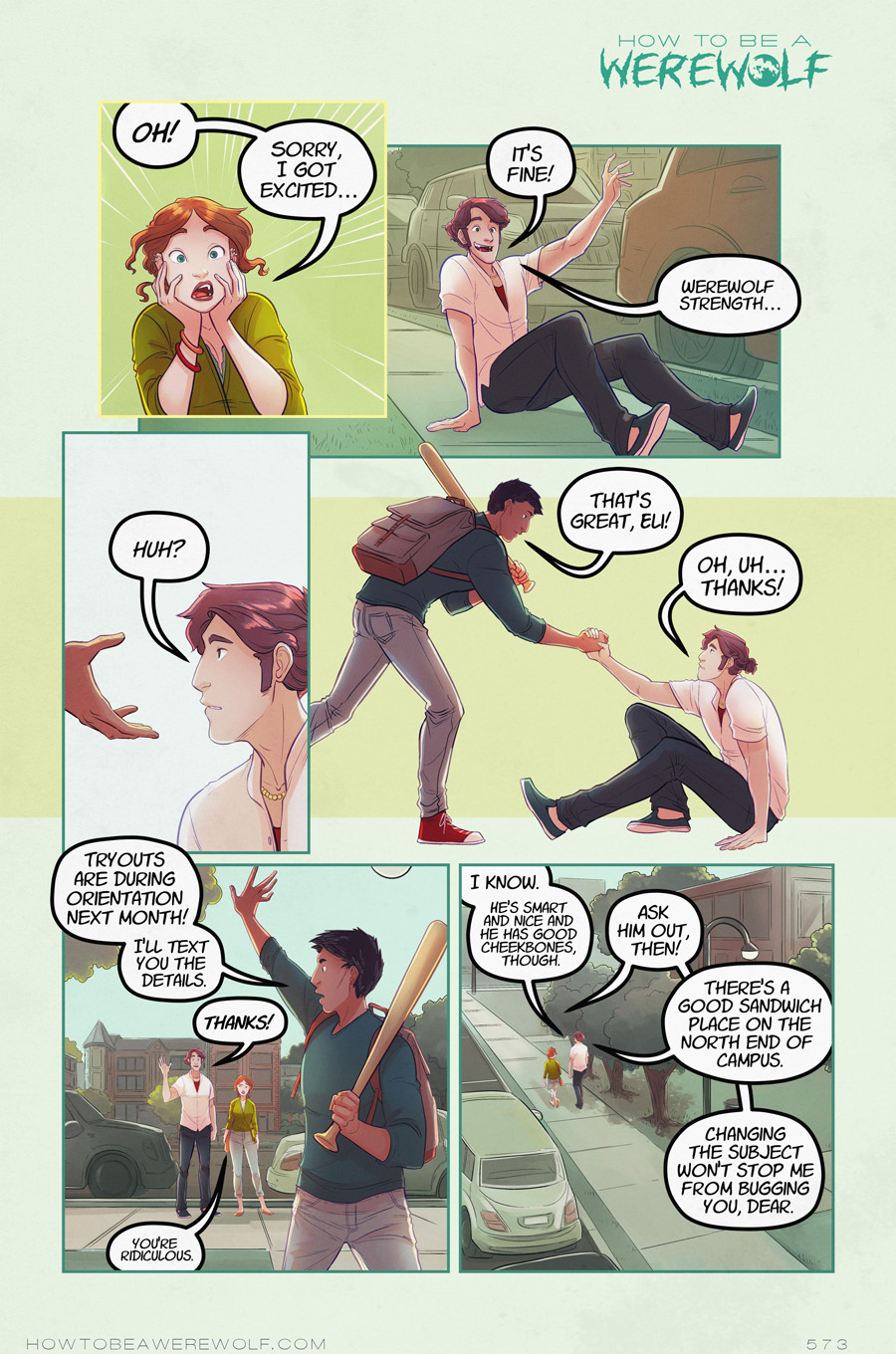 I've spent the morning trying to focus while also getting the house cleaned up little by little and having to constantly placate my incredibly ancient cat Lucy because her food isn't stirred right and there's not enough pieces of chicken added to it. She's yelling at me as I type this, and I cannot fix this for her to her liking. We're at a crossroads.

It's funny to me that about a year and a half into making HTBAW, a rando on Tumblr accused me of queerbaiting, as if I haven't had plans to get these nerds together at some point, but what fun is it if that happens immediately? I think it's much more fun if they gradually collide until it seems natural that they'd be together. (From every gay man I'm friends with, they're generally very forward with each other compared to the way women write men getting together, meaning most gay fanfiction reads like gender swapped lesbians, but I'd like to think that Elias has made moves on men in the past, but this time he's too smitten and the situation's too complicated to just blow everything up by making a move that might not work out, ya know?)

Anyway, I have to go rescue my area rug from all the sins the cats and dog have committed against it this week. I'm so grateful to have a janky old carpet cleaner lately.