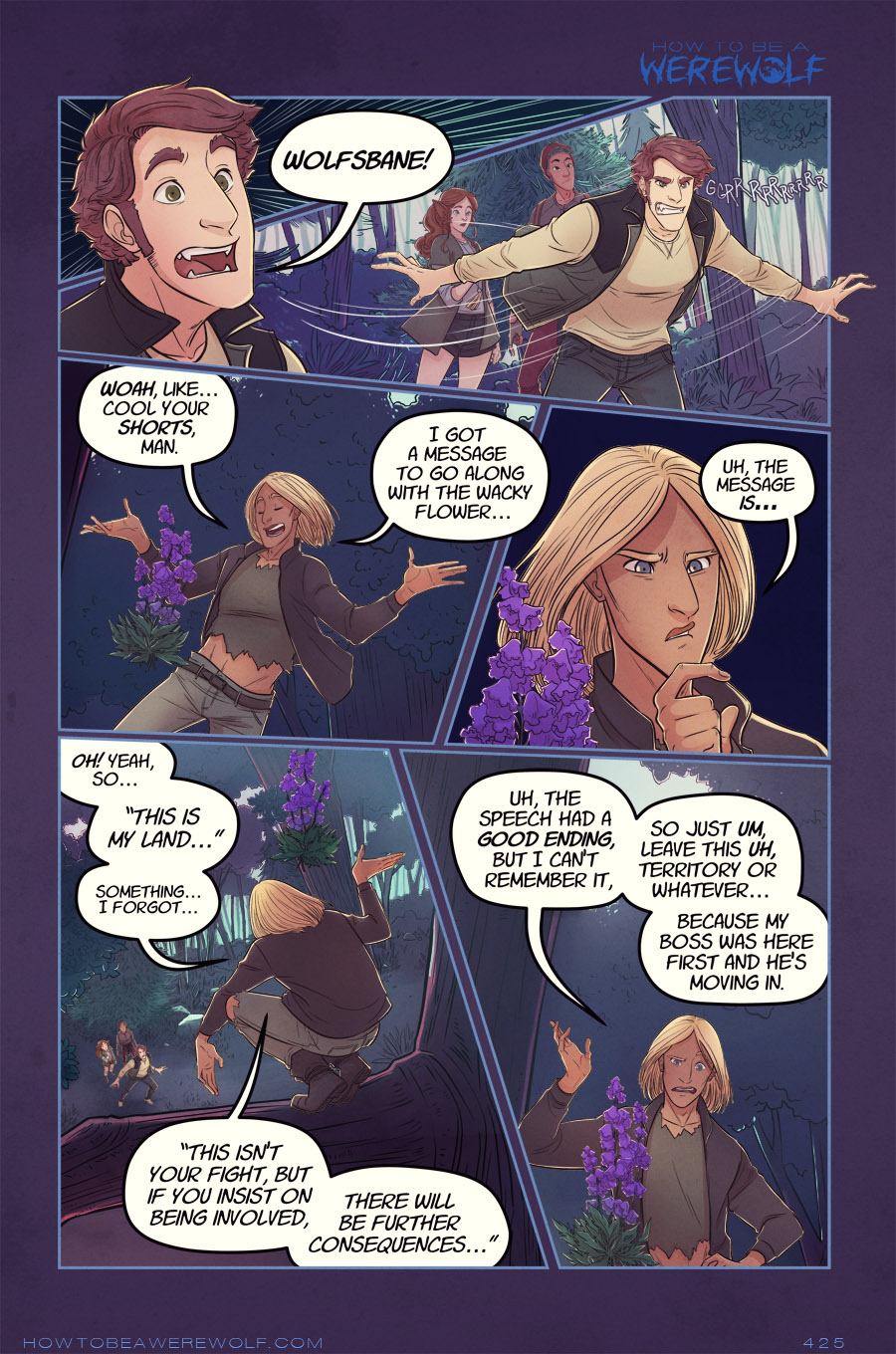 Vote over at TWC and you can see where Elias is taking this tomorrow!

Part of the reason I don't like working too far ahead on this comic is that, in making these pages, I realized there's another page I need to insert after tomorrow's page to clarify Elias's motivation. I'm glad to have a bit of extra time to think through things more thoroughly! It's a sort of "editing while you work" process.

Lucas is basically the least intimidating person you could send to deliver a threatening message, but he also doesn't give a shit, and that's a pretty lethal combination in the end. There's something vaguely scary about someone who isn't concerned if you're scared of them or not. Just a bro chillin' in a tree, threatening you with a plant! He just does what he's told.

You all have been commenting up a storm with theories and it's awesome! I read everything, though I haven't had time to reply to everything! I don't want to spoil what happens, so keep guessing >:)