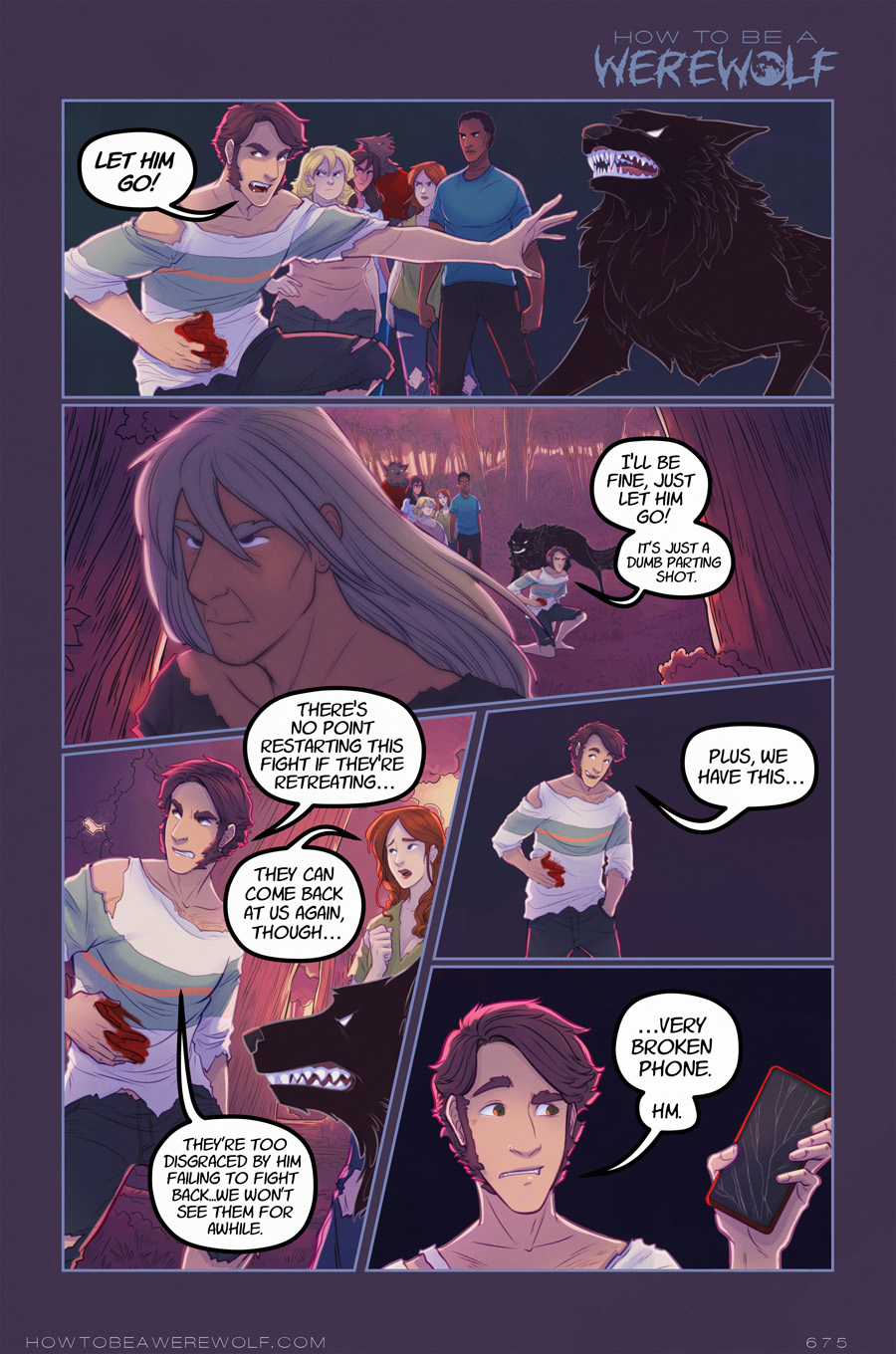 Vote over at TWC and you can see a mysterious thumbnail panel for next week. Who's that Pokemon?

Everyone got very worried from yesterday's page! Which is what I wanted, but I kept forgetting that we didn't all know this page came right after it lol. I never worry about all the ways Elias gets beat up and injured because he heals so quickly (except for that whole Chapter 6, Connie's stealing his juice situation). If this were Game of Thrones, he'd be dead by now for sure, but I think that's a rather cheap gimmick in writing tbh. If you're out here killing everyone, then there's no one to get attached to and any work you do developing a character is rendered moot. Boring.

Though I also pull my punches, like in this page, so this story doesn't end up an endless fight fest, but that's my preference I guess. And then everyone eats, because we've just been werewolves, which is also my preference lol. In my defense, the show Bones somehow ran for 12 years revolving around the formula that people in mostly the DC area were being murdered and dismembered in grisly ways, rendering them unrecognizable and in need of a forensic anthropologist, and everything was fine by the end of each episode rather than inspiring the entire local population to be frozen in constant terror. Haha! Murder! We'll find a reason for this eccentric artist to also be a computer genius and this man who likes bugs and dust to find some new clue to solve the case every episode, but you'll watch it, every episode, for 12 years. Indulgent as hell. I still haven't seen the last dozen or so episodes and I probably never will. Those writers will get residual checks until they die, it's wild.

Anyway, I'm off to draw these pages and be a person maybe! I'll only be posting one page per week around Christmas so I can be more of a person and get some work done to take vacation in January. After this chapter is done, I'll likely take a month off before the next chapter starts to work out what all has to happen next. We're almost there! Which is what I said 40 pages ago lol.