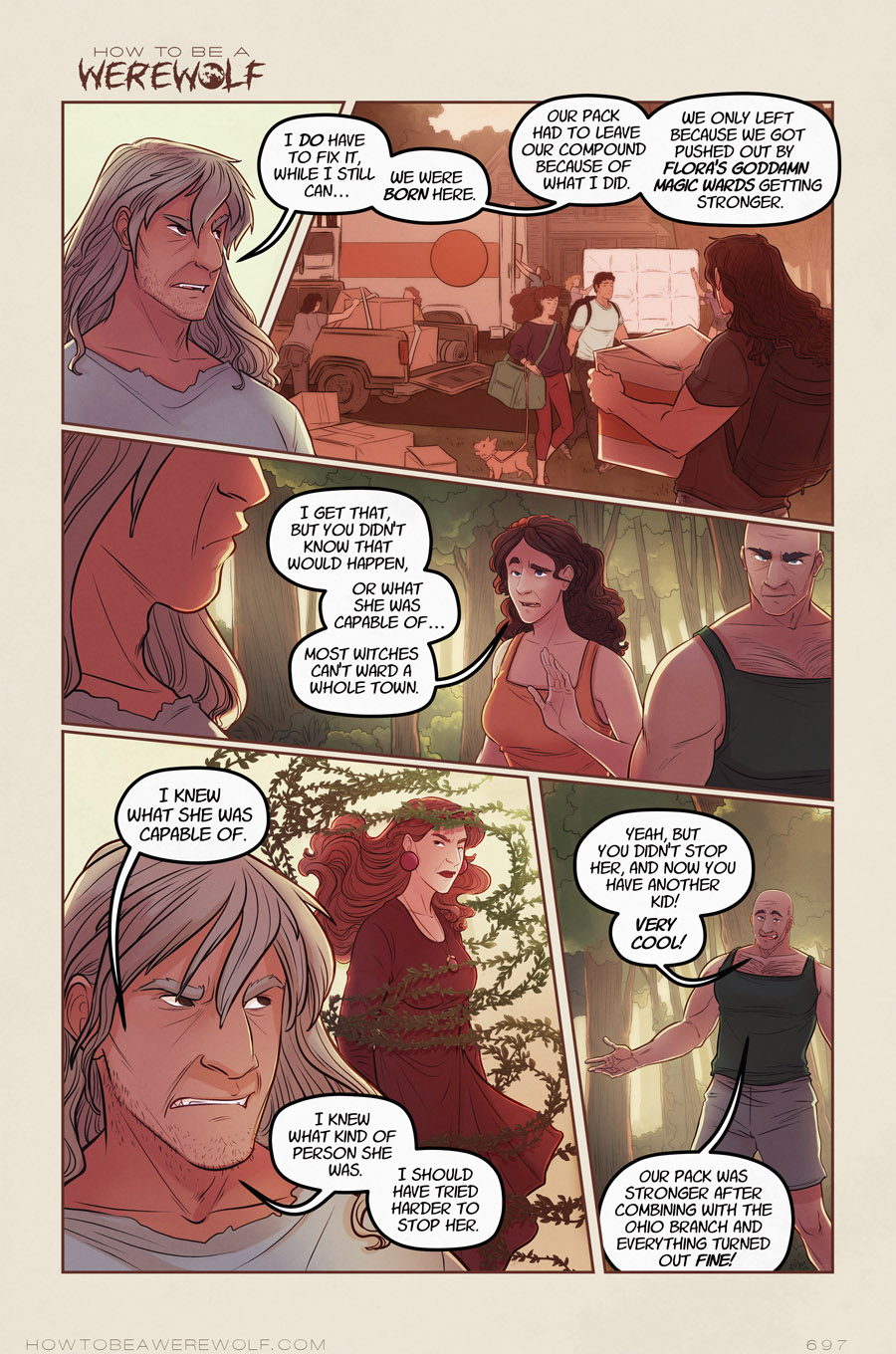 Vote at TWC and you can see a part of a panel from tomorrow! I didn't have much to choose from, too much dialog

I wanted some contrast with Malaya's pack, where she's trying to get them to be on board with her, while Tom's pack is trying to get him to be on board with them. I also figured we needed some clarity on what his hang ups really are, because I kind of have danced around it and mentioned things off hand, and it helps to have things spelled out a bit sometimes. He's not completely irrational, at least not all the time, and in this instance, he feels like reclaiming Crescent Lake is only fair because he's the reason they got pushed out in the first place. Her magic got more powerful as she was able to turn more werewolves, which is why Connie's spells were over all of Crescent Lake by the time Elias showed up. It kept all her werewolves hidden, but also made it uncomfortable for Tom's pack to stick around. Kind of a big "keep out" sign. By the time Marin moved in, Connie's spell wasn't as strong for one thing, but also Marin isn't related to Tom's pack in any way and it didn't effect her as much.

That's all probably one of those things that I should clarify in the comic somewhere idk. I'm trying to not get too bogged down on explaining every little detail somewhere in the narrative because it can bog down the story to explain things that aren't going to effect anything later on, I think.

Now if Julian and Abigail can convince Tom that he's forgiven for all the stuff with Connie, they can leave Crescent Lake and not have to mess with all this bureaucracy. Ohio was FINE, Tom.