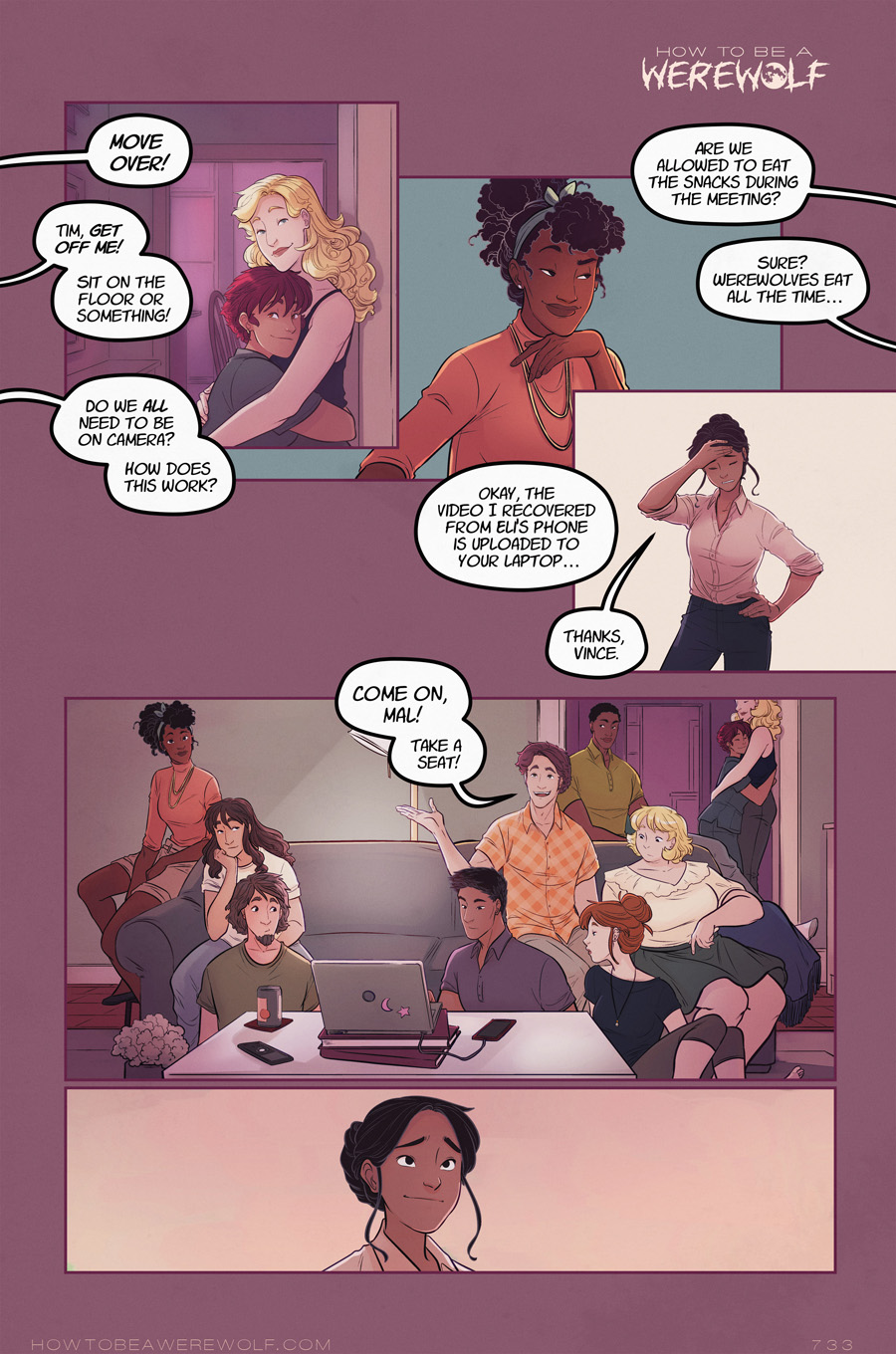 Vote over at TWC and you can see thumbnaaaails

Not gonna lie, I've been struggling to figure out how to make a werewolf video meeting interesting lol. That's probably why it ended up so far into the chapter, because I kept putting it off, but oh well! I think I figured it out. It's amazing how when I first started writing HTBAW, I was so careful about figuring out an act structure and whatnot, and now I've thrown that out the window for the most part. There are so many plot lines overlapping by this point that a traditional 3 act structure doesn't even make sense, because each plot line has to have it's own inciting incident that moves it forward. For Elias's plot, which is coming back around so keep that in mind, his inciting incident was his dad coming back to town. For whatever is happening with Tom's pack, the inciting incident is Ella taking off. For Mal's plot line, there really isn't an inciting incident recently because we're really continuing such a long storyline for her becoming an alpha that it's lost in the weeds. I guess a three act structure really works best when you're first introducing a story, or if whatever you're writing is fairly contained, but eventually, so many things are happening that you have to just keep rolling along with whatever makes sense with the rhythm of what you're writing.

Anyway, I'm off to draw all day in the hopes that I'll have some spare time to go to the beach tomorrow! Summer!