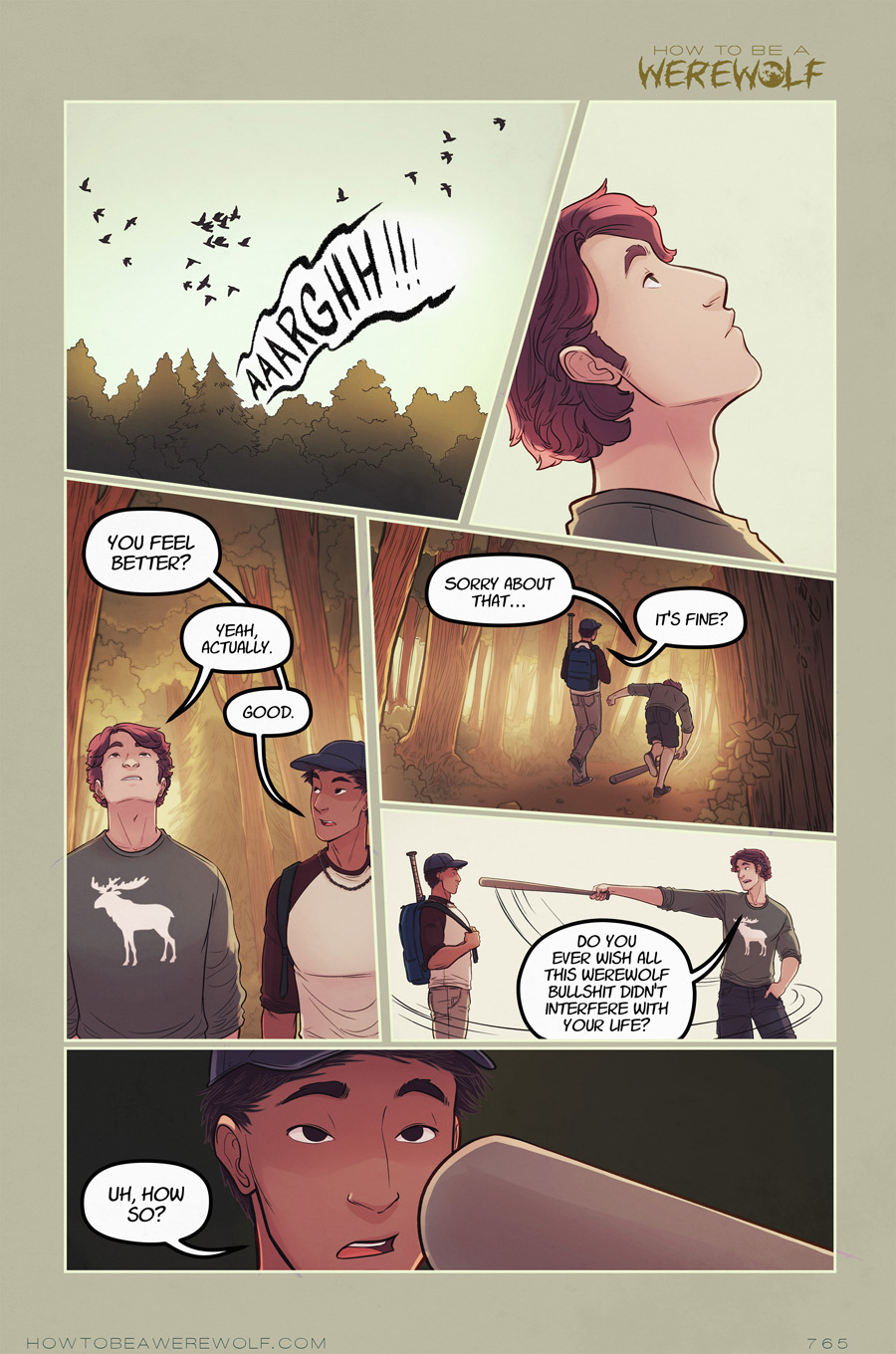 Elias is feeling a little raw in this chapter, and it's actually really fun to write, because he hasn't really "broken" for most of this comic. He's the eternal optimist, but even optimists get worn down sometimes. I like Elias's emotionality foiled against Vincent's deadpan nature. I know a lot of you were thinking Vincent needs to open up more from last week's comments, but I don't think it's that so much as he just needs to get more comfortable. I like writing him a lot because he doesn't react much to shit, which means when he does, it's rather subtle, but he does have a lot of feelings. They just don't come out in big ways, which I find very charming lol. I like stoic personalities, what can I say.

I had debated if Elias pointing a bat at Vincent was threatening, but then I liked the energy of it, so I've decided it's not threatening enough looking to take it out. I like the idea that Elias is trying to get some distance to regain his composure while he feels his feelings and thinks his thoughts.