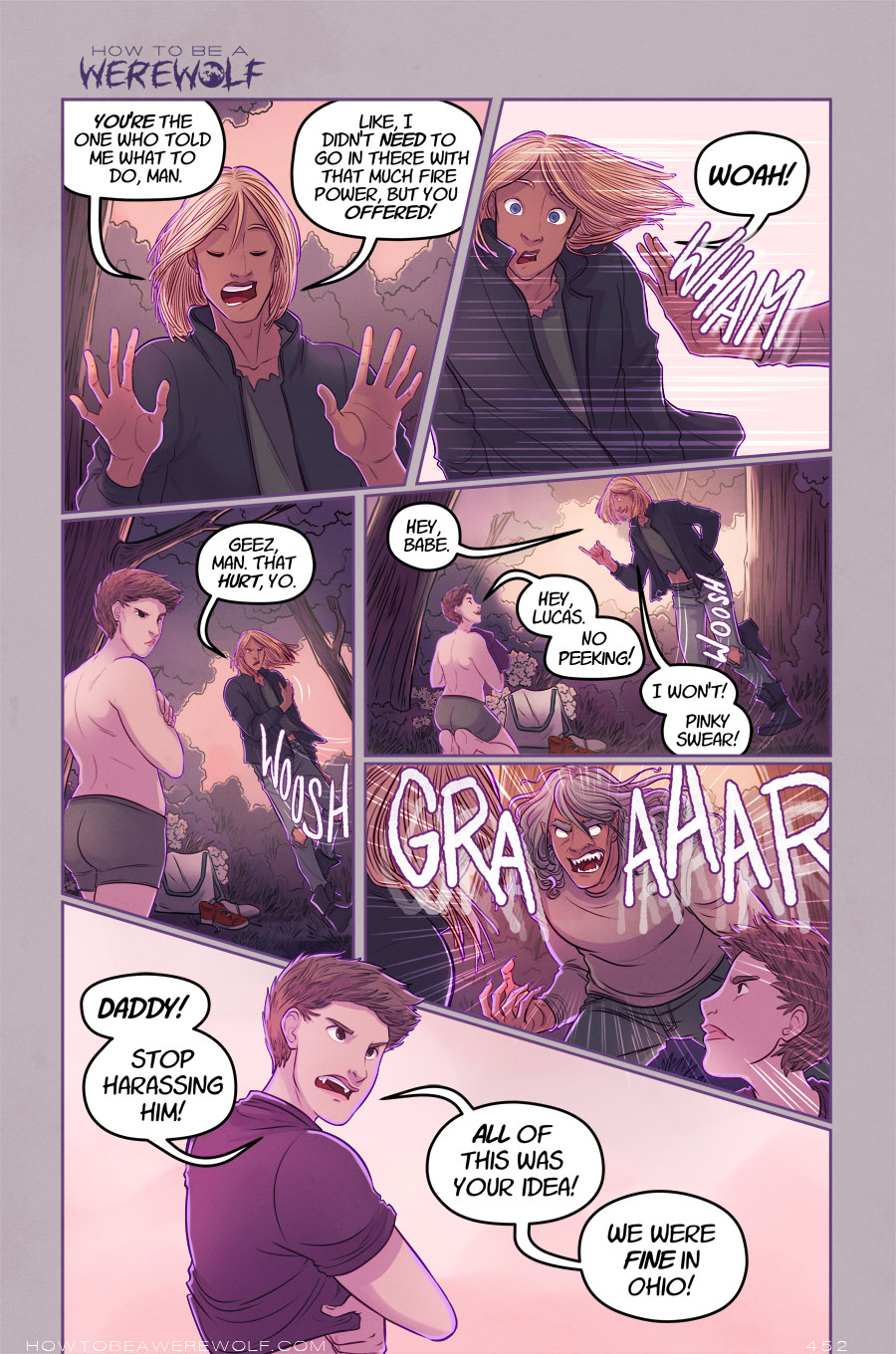 Vote over at TWC and you can see a sketch from next week's page!

If you're reading this, I'm probably on a plane again! I think. I don't remember when my flights are. With the time change, I land at like 11am on the 23rd in LA, which is 9am Chicago time. And I have no idea what time zone my comic publishes on. It'll be an adventure for all of us!

This is the closest we'll ever get to nudity in this adult comic lol. And there's a purpose for it! Packs develop different norms based on how insulated they are from humans or other werewolves, if they're all born werewolves or a mix of werewolves who are bitten, etc. In a more traditional werewolf pack, it's not unusual to strip down totally or partially before transforming. It's practical, you'll all be covered in hair anyway, and no one cares. In a more mixed pack, where there might be humans or werewolves who were bitten later on, this isn't practiced as much because modesty is more ingrained in everyone. (Though the born wolves spend a bunch of time running around naked in their spare time if no one is around to judge them.)

Anyway, because it'll take forever before we name most of these werewolves (this scene is just a taste of how much they'll all show up later), this is Ella. She's 20 or 21, I haven't decided yet, and Lucas is her boyfriend. She likes that he can fly. (Or float. Kind of.)