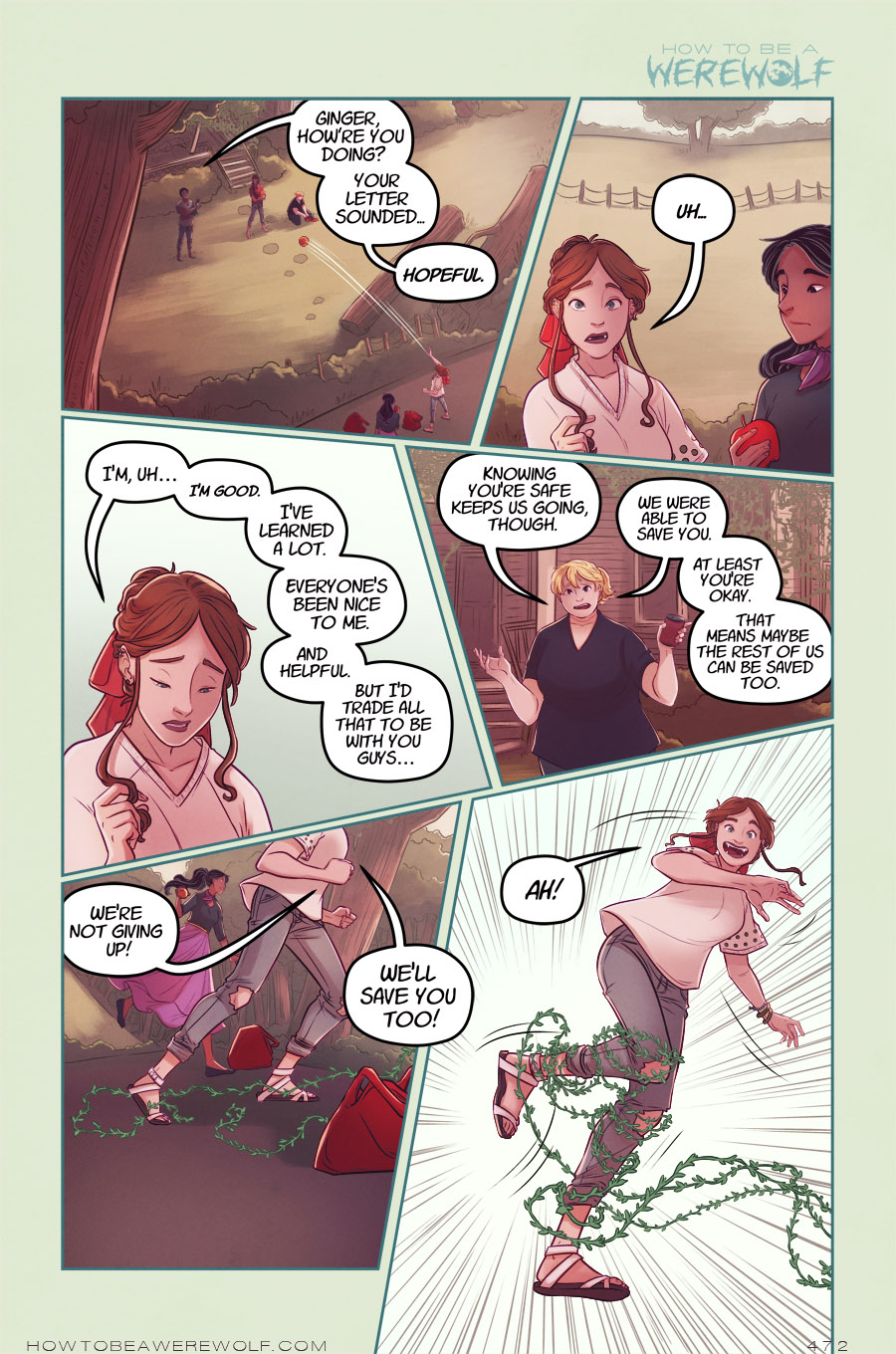 Vote over at TWC and you can see the thumbnails for this week's pages!

I would have had this page up sooner, but I had an intense need to repot my finicky prayer plant. I saw a photo of it on Facebook and realized it used to be a very impressive plant, and for the last few years, it's been struggling to come back from the very cold winter a few years nearly killing it. (It's been indoors, but there's only so much one can do to make a tropical plant happy when it's -40F outside and barely above 60F inside...with no humidity whatsoever.) The internet suggested it needs a smaller pot and better drainage, so I can say that's something I've accomplished today. Whenever my brain gets a bit crazy, I find a plant to focus on.

Anyway, you've all brought up some great points about ways out of this situation! I'll address some of those issues in upcoming pages, so just hang tight. For current clarity, Aubrey and co. are pretty closely tethered to the house right now. You'll notice they're not far from the porch because Connie has such a hold on them. The only option to get Tim out of there right now would be to...throw him maybe? Marisa's magic can't reach so far without getting snagged by vines (as Ginger is now realizing, even though they should be far enough away). Too much to risk! Same with finding Connie somewhere in the house and killing her. She's got these vines everywhere. I need to show the inside of the house dominated by plants at some point in this chapter. That would be a very cool visual and also those pages will make me hate myself.

I realized that Ginger would naturally feel a little awkward visiting her friends again. She's on the outside having a relatively great time, but she still has a lot of guilt for leaving them behind. I think anyone in a similar situation (what the hell would that situation be??? escaping a prison or something maybe??) would feel the same.

In totally unrelated news, I decided to take up Spanish through Duolingo again after avoiding it for a few years (!), and the format is changed, so my progress kicked me back to the beginning. I can only deal with so many iterations of "La mujer come manzana. Él hombre bebe leche." before I want to just die. There are FIVE levels to the intro, and each has like 8 or 9 "units" or something. I've made it to level three on the intro, and I've literally learned maybe 10 words. I moved on because I don't foresee that changing lol. One day I'll learn Spanish beyond eating apples and drinking milk. I made it to plurals last time and got all fucked up with the conjugations before I didn't have the time to deal with it anymore.