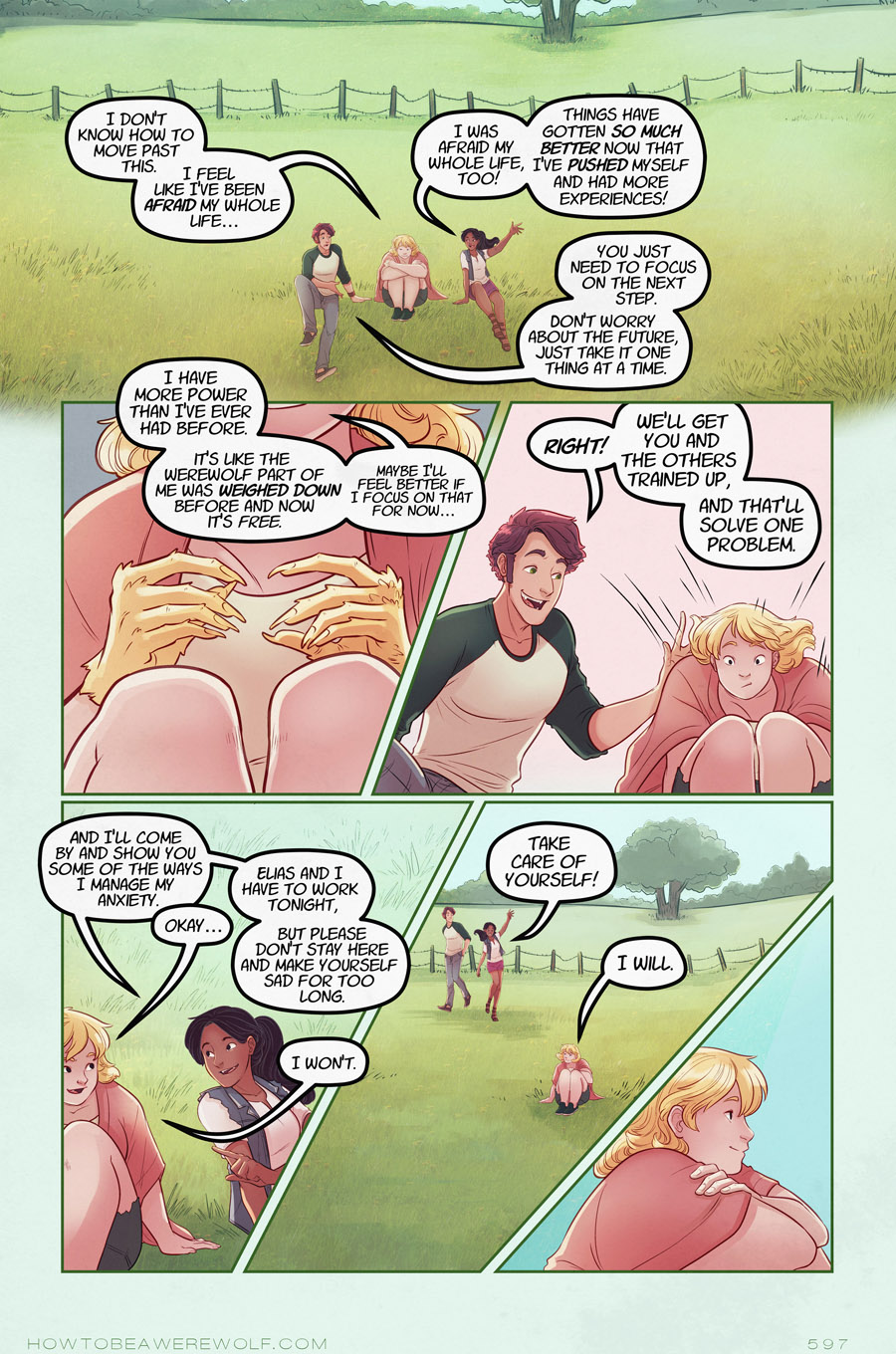 Vote over at TWC and you can see some thumbnails! That's as exciting as it gets.

I'm spending the rest of the day doing nothing, what about you? I guess Wednesday isn't most people's day off, but it's mine, and I like it that way :).

Writing scenes like this is always hard, because it's a strange balancing act of genuine emotion without going so over the top that you end up at "maudlin after-school special." I generally try not to overdo the emotionality in this story, because I feel like turning everything into high drama isn't how people act in real life. There's a lot to be said for letting things be a little understated, and I think it makes it more accessible. I have a hard time watching a lot of TV now, because there's just no calm to anything. It's drama coming at you like a freight train, and I think it's much more poignant if everything has space to breathe and balance out.

Really big emotions like grief, sadness, regret, and even embarrassment don't happen all at once. Usually you get a big initial reaction, and then smaller waves of that emotion over time. I think those smaller waves are more important in a story than the first big one. I hate being engaged with a story and a big, meaningful death happens, and then there's just no aftermath. The characters are sad, but we don't see the impact of that character's death over time and how it contributes to the story shifting over time. It almost comes across as psychopathic to me, I guess. "They're dead! AAAHHH! Anyway, business as usual." Especially when the bad guy dies, there's usually nothing but joy in the aftermath. "Our problems are solved! That person is dead!" Also psychopathic. It's one of the reasons I was so frustrated with the response in the comments to Tom nearly killing Connie when she was pregnant in the flash back in Chapter 8. People were hoping he'd just kill her then and there, knowing that she went on to do horrible things to the creepy house werewolves. It's understandable, but also shows how we engage with fiction much differently than we might in real life where we're used to nuance and shades of grey.

Anyway, I have so much left to shove into this chapter, and as per usual, I'm worried I'll exceed my arbitrary page limit of 85 pages. So far, we're about halfway done, and I've always been able to wrap it up in that many pages before, so who knows. I've got big scenes for both Charlene and Malaya coming up to cap off the chapter, I just have to fill in the in between parts to get there lol