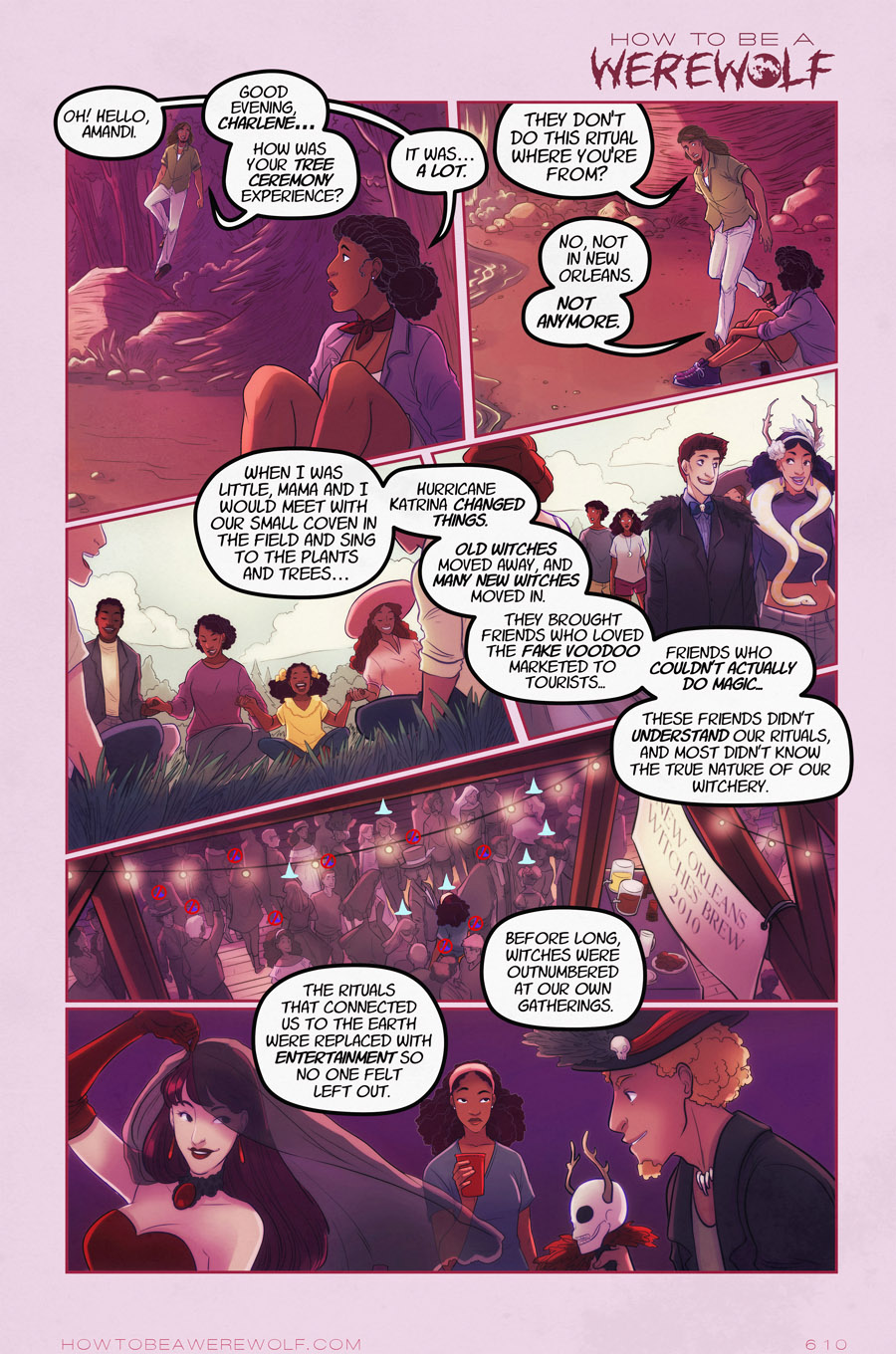 Vote over at TWC and you can see Charlene reacting to ??? in tomorrow's page

Sorry I'm running late today! I had a doctor's appointment this morning that was right in the middle of me finalizing the page for posting. Nothing to worry about, just regular check up shit, but it's never as fast as I want it to be. Bonus, my weird marketplace health insurance gives me points when I get a check up. They want you to use the points to get weird stuff like hats and water bottles or whatever, but if you get enough, they'll send you a gift card, so I just put it towards my health insurance cost >_>. I'd prefer if they just lowered my premium, but okay.

Anyway, I was trying to come up with a good reason why Charlene wouldn't have participated in something similar to the tree ceremony when she lived in New Orleans, and I started to think of how NOLA has changed over the years. If you're not familiar with the situation, the population of New Orleans (and the South in general) has been on a steady decline for decades, but the hurricane in 2006 literally knocked the population in half. Since then, outsiders and investors have swooped in and bought up a lot of the real estate, including a lot of the beautiful skinny shotgun houses around the city. New Orleans has always played to the tourist crowd, but a lot of the culture that grew out of the city has gotten commercialized hard over the years, and instead of real history, you get spooky ghost tours and made up nonsense and fake voodoo dolls and whatnot. New Orleans, without all the fake tourist crap, is absolutely fascinating and I encourage anyone to check it out if you can! Just like, find a real history tour, not one that's going to sensationalize things. New Orleans has a very interesting mix of French, Native American, African, Haitian, Spanish and Eastern European cultures and it's probably the most unique place in the US.

But really, this page was just an excuse for me to draw people dressed in elaborate costumes and LARPing at witchiness that they don't actually understand or know the true nature of lol