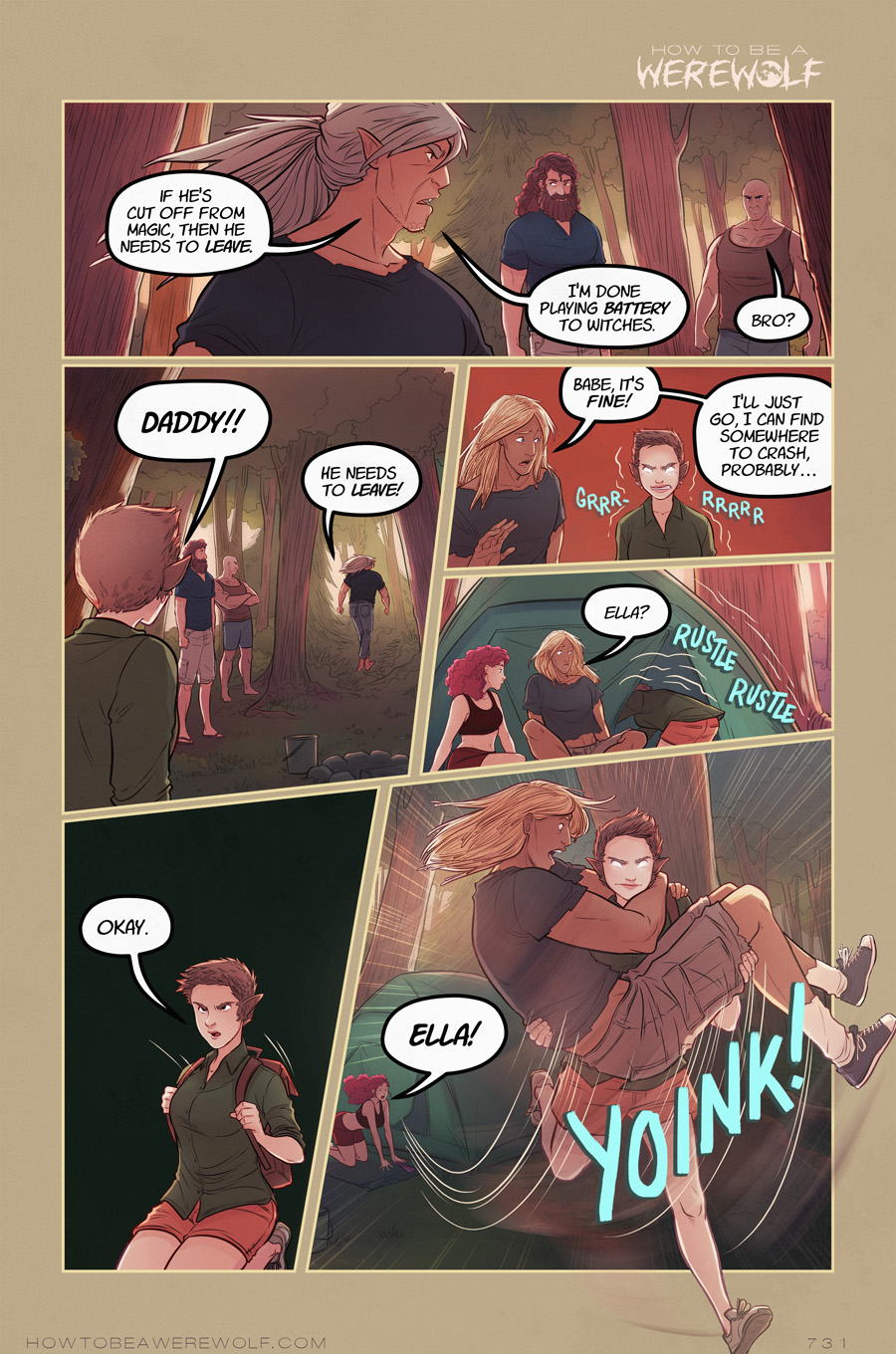 Vote over at TWC and you can see some thumbnails for the last handful of pages!

I like making a comic about werewolves. There's no reason that Ella, a tiny little woman, wouldn't be able to pick up her much larger boyfriend, because she's a werewolf and fuck you, that's why. It's just visually very fun to play that up sometimes lol.

As a few people pointed out in the comments yesterday (so many comments! thanks, I skimmed them all but I can't reply to so many lol), there's some real moral quandaries in this situation. I didn't want to write straightforward antagonists, because I think that's really boring. I think antagonists who are more psychologically destructive, who have real motivations but very difficult personalities, are way more interesting. Also, when you write a villain who's mainly out to destroy shit, you have to keep upping the stakes. Eventually you're at Thanos-level, with a character who's out to destroy the entire universe. Sometimes that's a really fun story, because destroying shit can be enjoyable, but it also makes it hard to get a read on a realistic motivation for everyone. There's not a lot of down time to explore "why is this villain such an asshole?" in a lot of those narratives. I like a villain that makes people conflicted lol.

And as it was pointed out in a few comments, yes, Tom has reason to be sketchy about Lucas. He allowed Lucas to use him as a battery a few times to give the pack a strategic advantage, a trick Tom was aware of due to Connie, but a Lucas without his natural power source is an unknown thing. Tom's concern may not be entirely for Ella so much as it is for himself, but he'd really prefer if Ella would give up on dating this weird witch boy anyway :P.