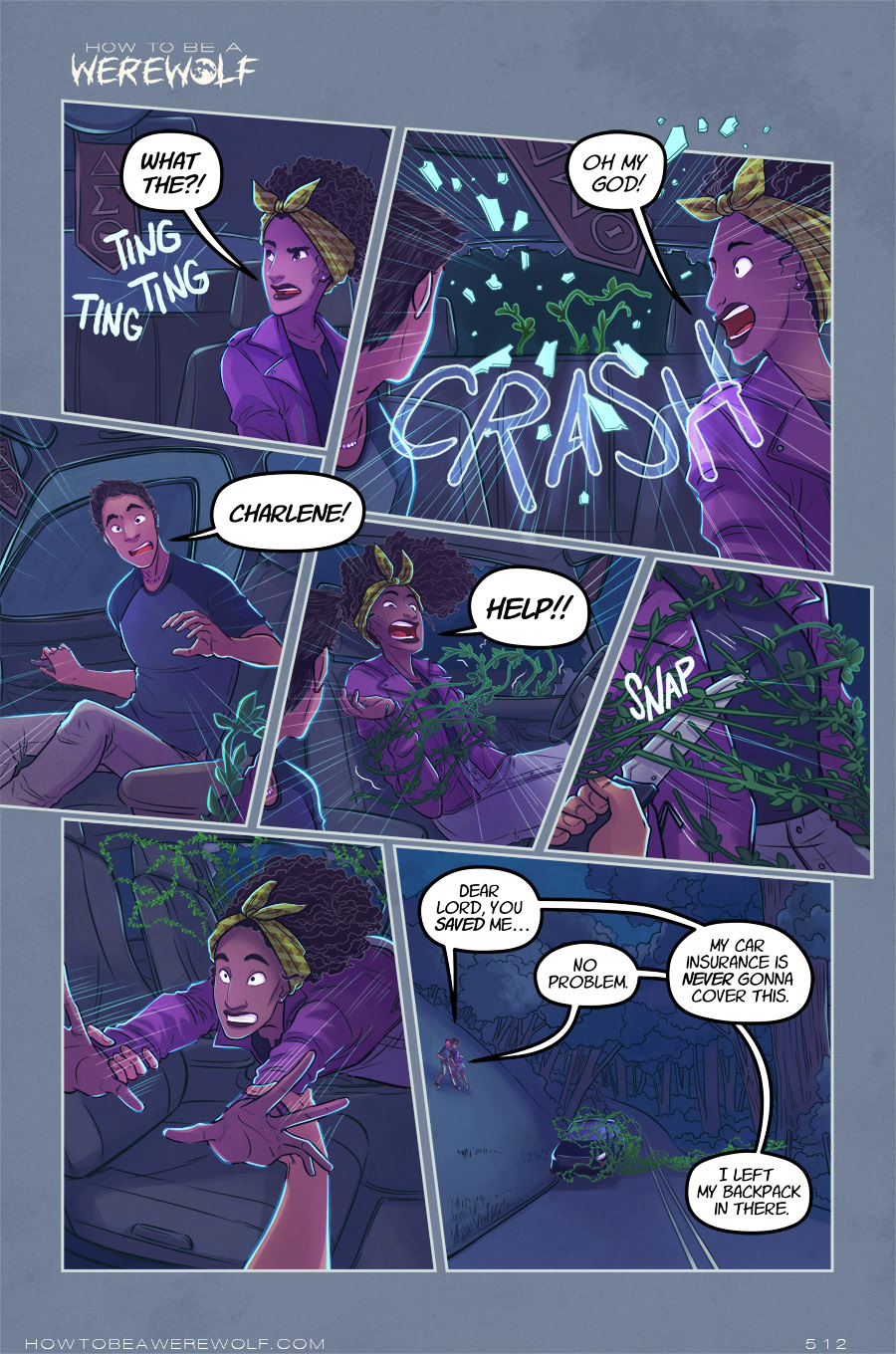 Vote over at TWC and you can see some thumbnails! I haven't posted those in awhile.

This is one of those pages where the last nine chapters really inform what happens, because it might not make sense for any other character to casually have a hunting knife on them, but for Vincent, it absolutely does. (It folds up for travel, but it's not like I had space to show that. Comics!) He also carries a compass.

One of the odd quirks of writing a story like this one, where you're attempting to defeat the bad guy and "save the day" so to speak, is that you not only have to keep upping the stakes, but you also have to make sure that you account for anyone else who could possibly solve things. I watched The Witcher last week, and it did this pretty well near the end. Things are going to hell left and right, the most powerful characters available are being overpowered, and it leaves the protagonists with impossibly high stakes that they have to rise to in their own ways. It's a great effect! The stakes aren't quite as insane in this story, but I still have to make sure everyone is occupied in one way or another.

(Another good example is the finale of the first season of Sailor Moon: each of the Sailor Soldiers end up having to sacrifice themselves so Sailor Moon can survive to save the world. It's a great finale and really cemented the story for that first season.)

Anyway, Charlene usually can handle herself, but in this instance, magic wouldn't have been all that helpful, or might have actually made things worse. Vincent the human saves the day with an old fashioned analog solution. I did a lot of the coloring for this week's pages while watching Bad Boys II and now all I can think about is Cuban drug cartels when I look at them. Oops.