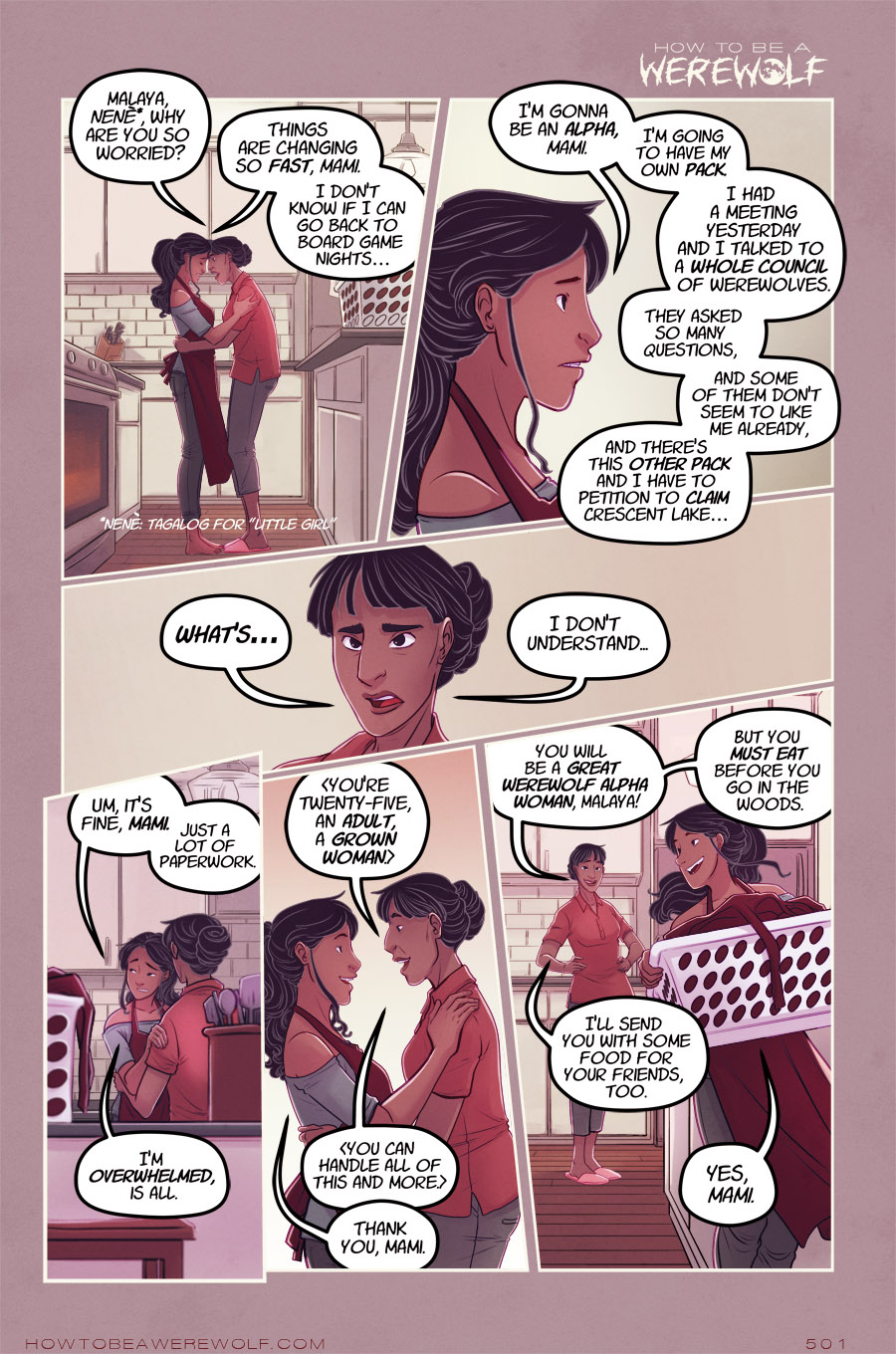 When you're a cryptid with political issues and your humans don't understand.
Posted January 28, 2020 at 12:49 pm

Vote over at TWC and you can see a panel from tomorrow!

A fun side effect of getting more in touch with your werewolf side is that your human family gets progressively harder and harder to relate to. Damn! But Maria tries. She has no idea what her daughter is talking about, but she'll be a wonderful werewolf alpha woman. Who is well fed!

Due to the Philippines being colonized over and over, as well as a long history of trading and interacting with China, Tagalog has a lot of Spanish and Chinese influences. "nene" means "baby" in Spanish (or "nena" for a girl"), but without the accent. The è sound shows up a ton in Mandarin (sort of a "eh" as in "let"), but isn't a sound in Spanish. Tagalog also doesn't seem to gender words the same way Spanish does, but if anyone has better information, let me know lol. I've been trying to learn more Tagalog, because it's a neat language, but there aren't many comprehensive resources. There's also a more diminutive form: "neneng", which google translates as "a gentle call to the maid". Cool, very helpful.

In unrelated news, I might not be poking my head into the comments much because my dog had surgery yesterday to remove her spleen and it turns out she has cancer and it's also on her liver. So, I'm kind of zonked this week and it's only Tuesday :p.