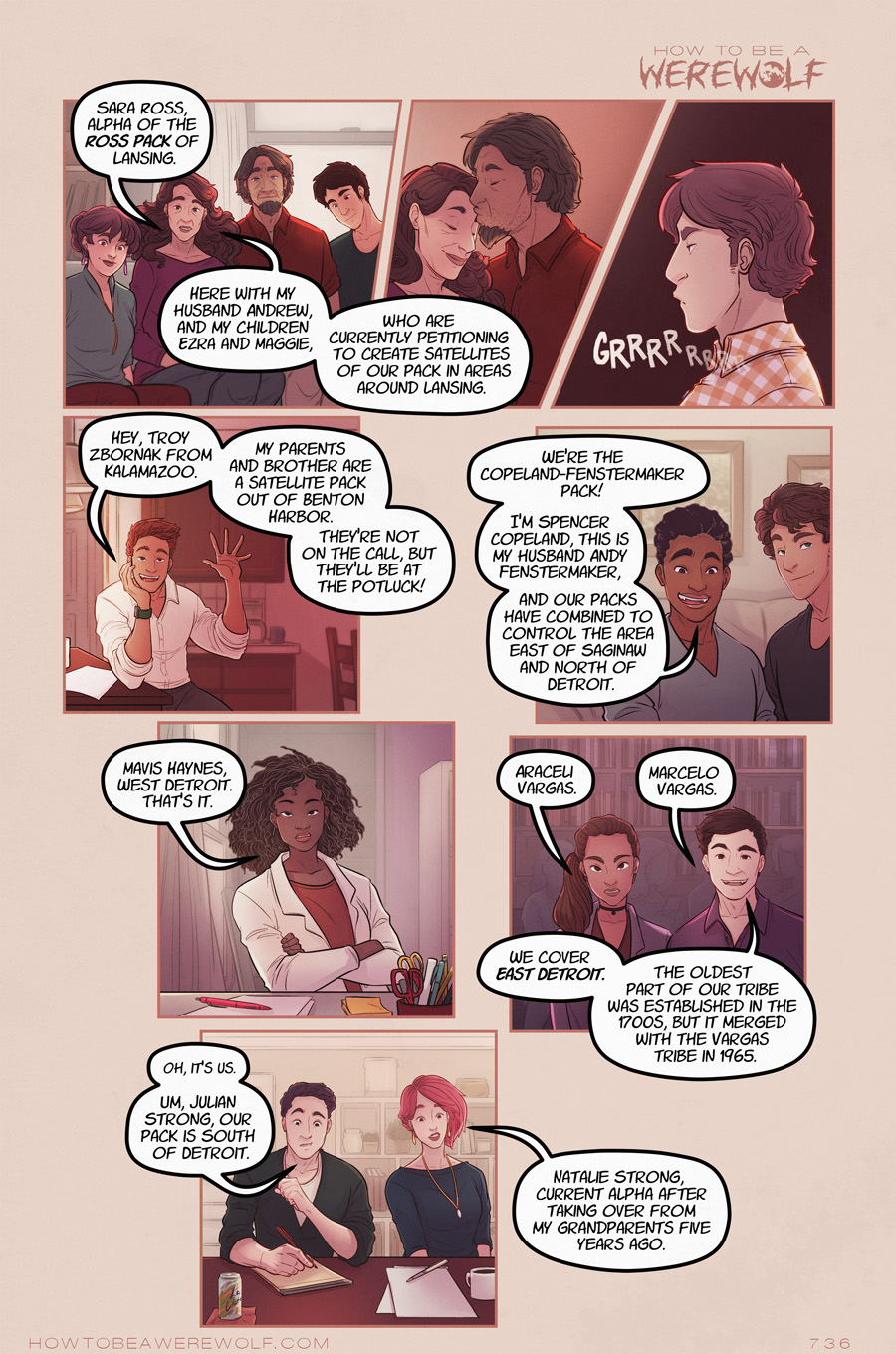 Vote over at TWC and you can see Phil being skeptical.

I'm still planning to drag Elias through the coals in this chapter, because he's a surprisingly undramatic guy, and that won't do. He needs more conflict. He just ended up being such a laid back character that all his problems have to be external, so here's his dad to solve that issue! We'll come back to Elias's daddy issues, though.

Here's the rest of the council! So many people! Araceli and Marcelo are siblings, not married, but it seemed weird to have that introduced in the actual dialog because it's not relevant. Most of the packs who are headed up by a couple announced it, I think. Mavis Haynes isn't here to mess around, though. She likes to keep things on track. I see her as very business-minded. Spencer and Andy are wholesome as hell, and I like to think they met at one of the potlucks and hit it off, and getting married cemented their packs combining. It probably took a lot of paperwork to make everyone okay with it, though. Did Michigan have gay marriage pre-2015? Maybe they're newlyweds.