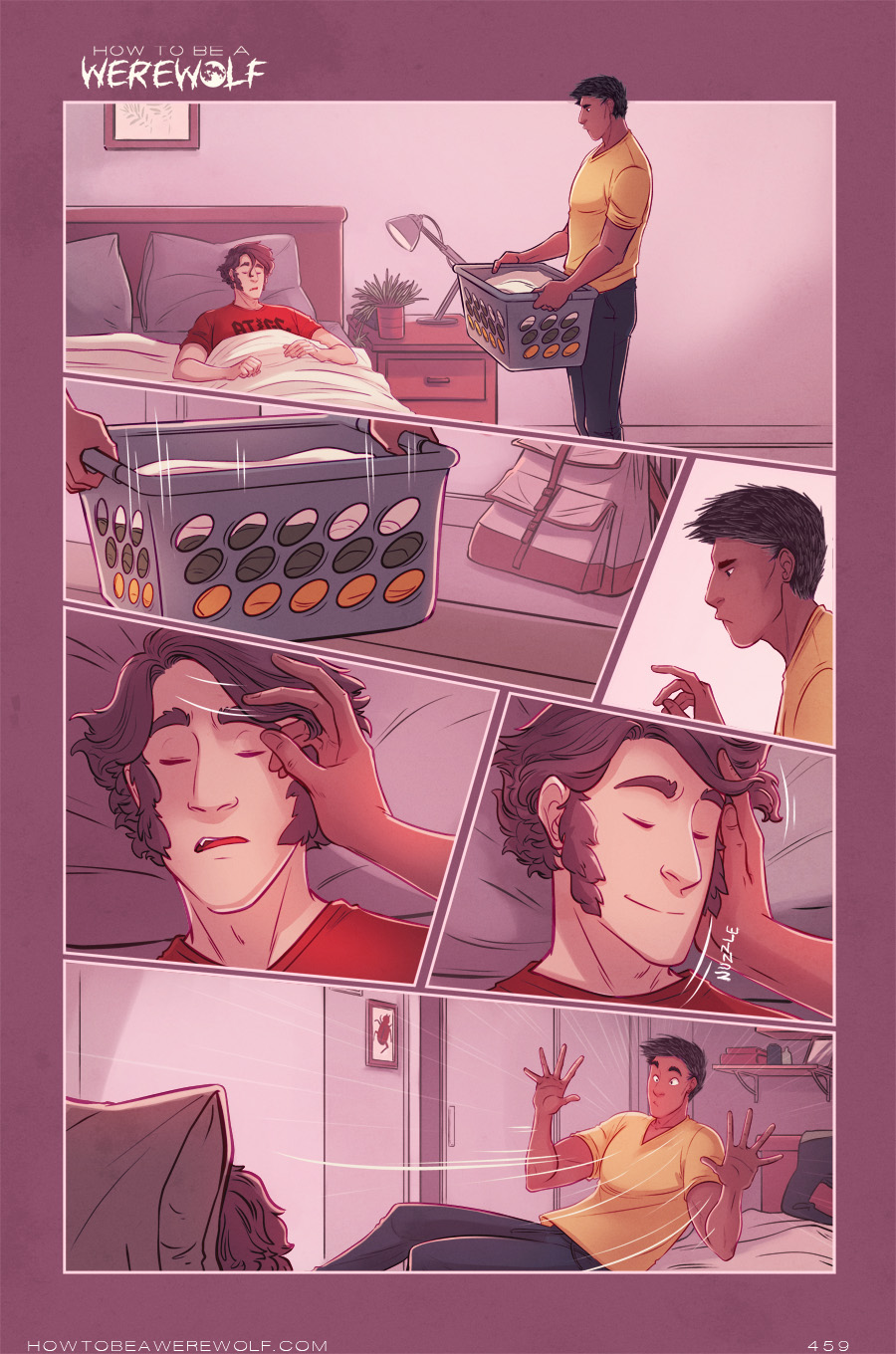 I originally had plans for this scene to be shorter and a little more...subtle? Tender? I'm not really sure. It probably would have worked, but I ended up extending things one more page (next week's page) to wrap it up a bit better. I always worry, because the internet is a weird place now, and with Elias sleeping (or at least, mostly sleeping), I don't want anyone to accuse Vincent of being creepy. So, I've added more space to this scene to mitigate any perception that he's got weird intentions. At the same time, Vincent isn't in a place where he can be very affectionate towards Elias face to face. Gotta work up to that. And because I love a good theme, driving home the idea that hair represents affection (or if you're Connie, the appearance of affection) in this comic always makes me happy.

And of anyone in this comic who would be bothered that Elias's hair is out of place, it'd be Vincent, because he's a perfectionist nerd and also he's basically me.

I've been chugging along making some art the last few days! Mostly to stay sane while the world burns. There will be a Kickstarter coming soon through Hiveworks, I'm on the schedule and everything, and I'm thinking a digital art book would be a good extra to offer :). I have a bunch of random stuff I've drawn for this comic over the years, and I thought it'd be nice to collect it in one place for once.