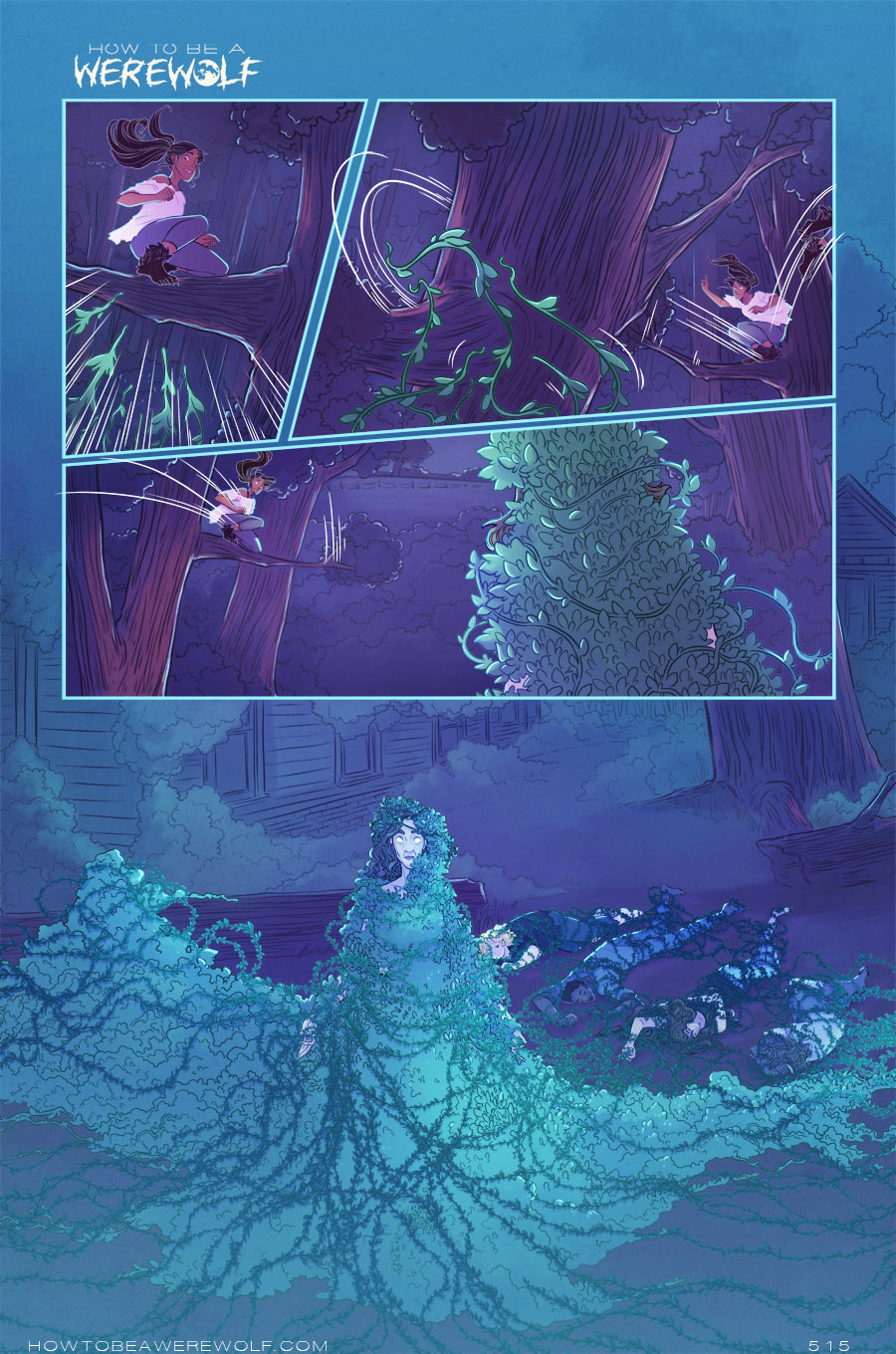 Vote over at TWC and you can see Marin in tomorrow's page!

Well, March has been interesting. Good thing, somehow, I'm still sane enough to keep churning out these pages. I've been waiting to get to this part of the story for years now, and I guess the only thing I'm worried about is that I won't do it justice to what I'm envisioning. But in the end, I'm just damn proud I got far enough to get to this point! Hell yeah! This webcomic doesn't have to be perfect, and you guys won't know what I would have done differently anyway.

Malaya's only real defense at this point is jumping like a maniac, so good thing it's the full moon. She's got extra moon juice to support her jumping efforts. I was going to plow straight on from this page and finish out the scene, and that's what I had written originally, but then I realized I have all the other werewolves off fighting each other still, so I need to cut back to them for a bit. Which hey, that ups the dramatic tension I've been working to build.

Anyway, I can't focus for shit, there's construction next to my house, the world has gone insane, and I'm gonna go give blood. Have a good time, everyone!