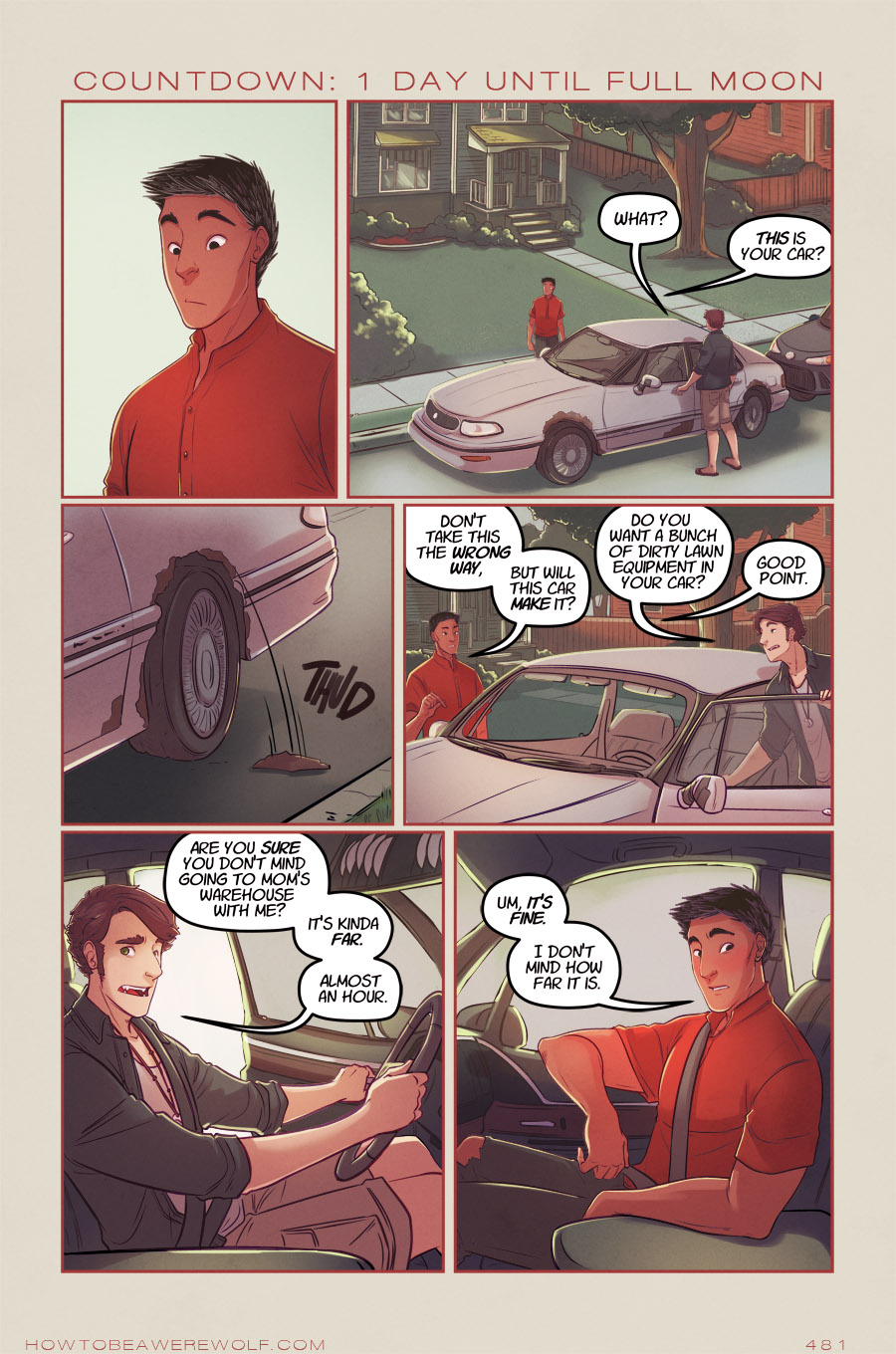 Vote over at TWC and you can see Elias being cute tomorrow. He's always cute, though.

Aw, I like drawing pages with these nerds. Of course Vincent is going to sign up to spend two hours round trip in a late model Buick with his favorite werewolf (who's not related to him...Malaya would win that battle.) Elias drives a 1997 Buick Lesabre, a very fancy car in its day. Uh...by 2015, the car is 18 years old and rather long in the teeth, so it's definitely not fancy now. But hey, it has a CD player AND a tape player! And power seats! This thing was top of its class at some point. I really wanted him to have an old rust bucket as a car, because he's only 22. Having so many siblings, and his youngest sister in college, it just makes sense that he'd be driving around in someone's hand-me-down vehicle. Also, my first car was a 1995 Ford Crown Victoria (in beautiful brown and tan sheriff's colors, because it was a decommissioned police cruiser), and I think every young person should have to suffer through driving the most embarrassing car possible until they've gotten used to not hitting things. (Also, my car was a BEAST, and I really miss having that V8 engine and powered up transmission, because it was absolutely fun as hell to drive.)

Anyway, we're in front of Marin and Marisa's house, which hasn't been shown during daylight hours I realized. Now it has! It's...blue or grey or something.

Okay, I have to eat breakfast and buy groceries and go be human. See you tomorrow!