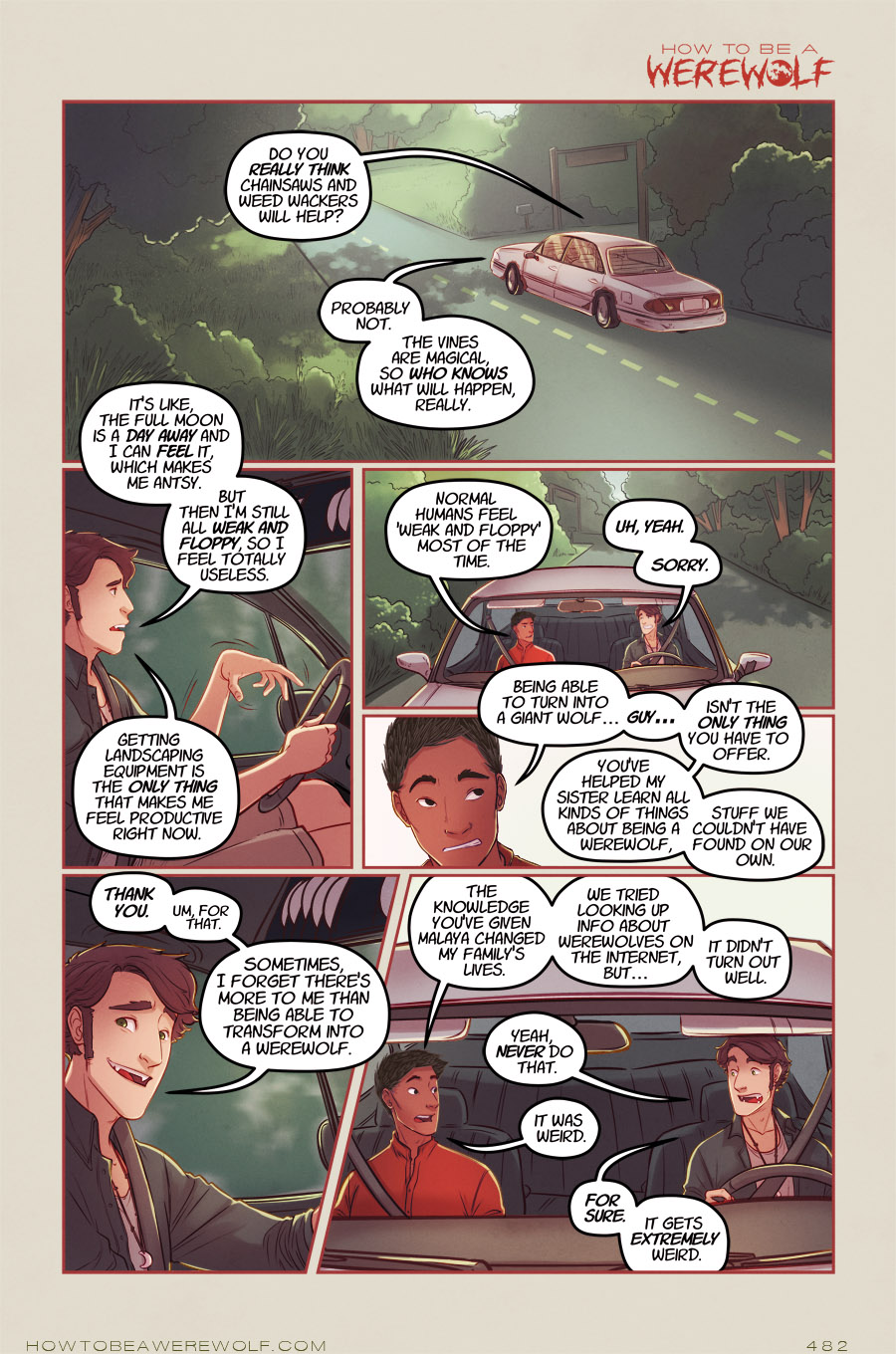 Searching for werewolves on Google is a portal to another dimension.
Posted November 20, 2019 at 11:36 am

Vote over at TWC and you can see a sticker design I'm working on! I'm doing stickers of most of the main cast, debating if I should add Aubrey, Harvey, Marcus and Tim as well...

First things first, I made a playlist for Spotify! Go check it out! I'm going to direct you to my Twitter account first because I posted the album artwork and song explanations there, and I haven't posted them elsewhere yet. Also, you should follow me on Twitter thaaaaanks.

Anyway, we're getting there! We're driving on country roads, we're having a nice chat, Elias is unaware of how cool being a werewolf actually is, and looking up werewolves on Google will get you some weird ass results and probably 0% actual information about how to be a werewolf (that isn't this comic). My theory for how werewolves actually interact on the internet is that they've created an elaborate text-based "role playing game" that exclusively operates on an obscure old forum somewhere that normies wouldn't pay any attention to. Other werewolves tell you about it, so when you join the "game", you're already aware of how to flag everyone else to let them know that you're an actual werewolf. I also like the idea that there are a handful of humans who play and are total die hards, but have no idea that it's not actually a game and don't understand how things actually work, but they're having a great time so it's fine.