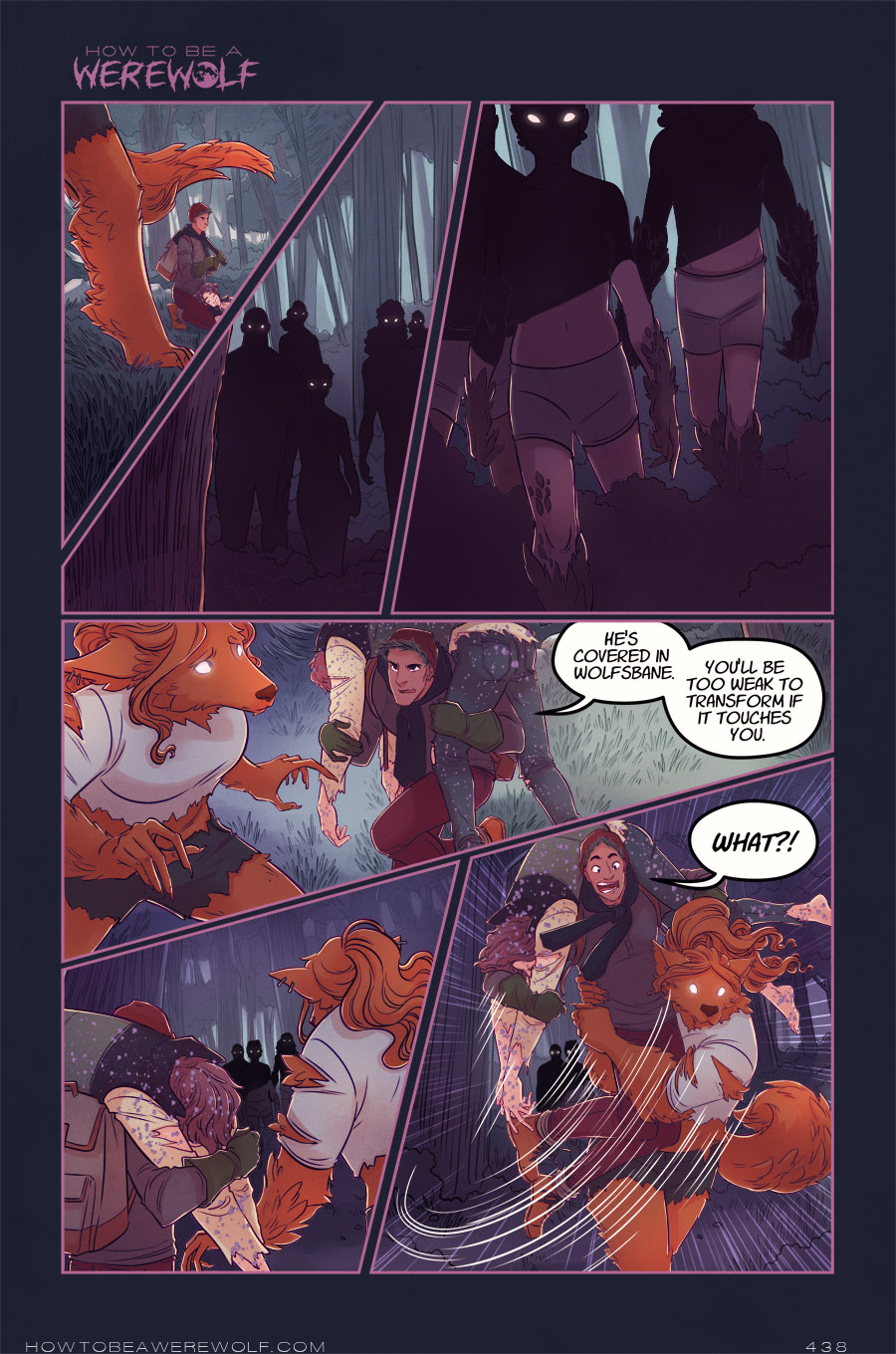 Oh man, the children of the corn who are emerging from the shadows at least coordinated before they left the house. I would show their faces, but then I'd have to name them all, and frankly I'm bad at naming characters which is why half this comic has a cast with Ma- names. Elias's sister Maggie will show up in the next chapter and that'll just add to the mess.

I was going to show Vincent actually picking Elias up in that fireman's carry, because it's very difficult to do alone, while the other person is totally unconscious. This guy on Youtube demonstrates a couple option, and mostly they involve rolling over the person's body and using momentum to drag them onto your back along the way. That is frankly very awesome, and supposedly you can carry a person this way who weighs more than you for quite awhile, though it'd be exhausting for sure. As I am the size of a 12 year old child, I'll probably never be able to pick up anyone but another 12 year old child, and usually they don't need to be carried around very often.

Also, Vincent is tying his sweatshirt around his neck to protect his neck from the wolfsbane, as that's the last place that's super exposed on his body other than his face. And yeah, blah blah blah it's probably fine to handle wolfsbane/monkshood/aconite for a normal, short period of time...but some people react to it like crazy, and I'd rather not promote people manhandling plants that can have such horrible side effects like they're safe. Plus, it ups the drama and makes Vincent look very responsible, which he is because he's an Eagle Scout. Now he is, at least. I've decided that of course he would have joined the Boy Scouts (and 4H) and he probably spent his summer in high school building benches for nursing homes or whatever you have to do to make Eagle Scout. A friend of mine built a fucking gazebo for charity, so I guess you can do whatever you want idk. Let me know if you have cool ideas for what Vincent would have done for his final project.

As per usual, visit the Hivemill if you'd like to buy some neat merch and support my comic! I'll try to add some more things, but probably not until later this summer when I have time and I'm not tired.