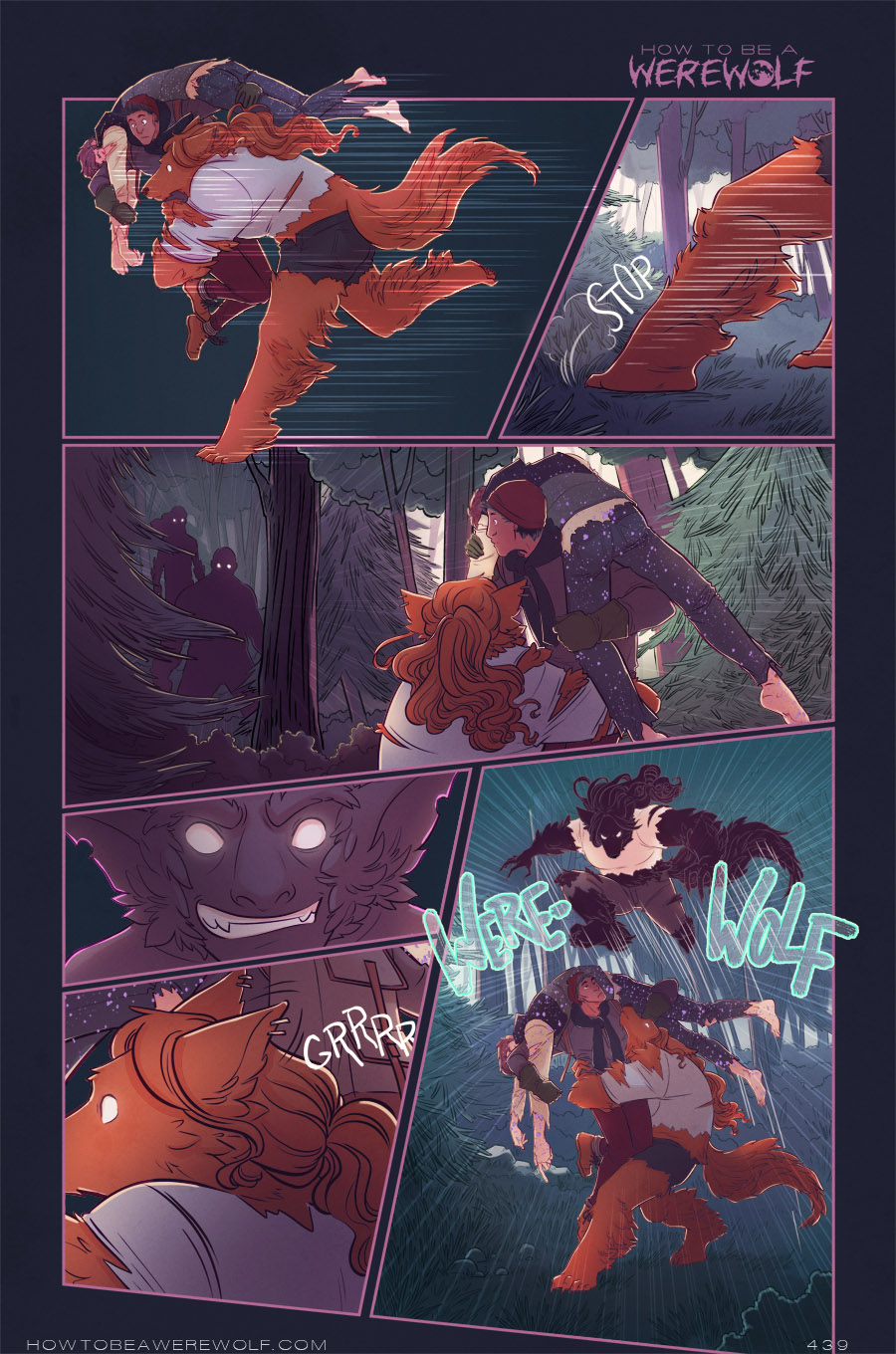 Vote over at TWC and you can see the thumbnail scribbles that turned into this page eventually!

Edit: now updated with Elias not flipped around (but Vincent is turned a bit more lol)

First off, if you live in or around Indiana, I'll be at IndyPopCon next weekend (June 7th-9th) somewhere in the 800 row of Artist Alley. I don't remember. It's not a super super humongous convention, so you'll be able to find me. I'll have some holographic stickers, prints, the first two issues of this comic, some magnets, and various other odds and ends. I gave in and started making Perler bead crafts because I don't have much to sell that's not HTBAW related, and I would like children to give me their money for small Pokemon melty bead things. Kids love that shit, from what I've been told.

In related news, conventions are definitely not my scene lol. I saw someone on the artist alley Facebook group mention that she aims to make 5x her costs at an in-state convention and I'm like...damn. I'd have to make $2500 in 3 days to make up for the ~$500 I've spent to pay for my table, gas, parking, and hotel room. At this point, I just would like to pay myself back for that amount, maybe make an extra $100 or so, and write everything off on my taxes. I mostly see conventions as a form of me advertising this comic more than a form of me making tons of money. Maybe that'll change once I have the first issue of my graphic novel printed later this year. Hopefully!

Anyway, Malaya appears! In typical fashion! I tried to think of a better sound effect, but calling back to chapter 3 was more fun. This week's pages were a HUGE pain in the ass. I always underestimate how much easier it is to just draw two characters than it is to draw like...4+ characters in one panel. A few times. This comic will almost never have crowd scenes for that reason.

As per usual until I get a real link up, visit my store at the Hivemill and check out some things! Go grab a mug or something! Later this summer, I'll try to add more items! I have to work on being a person better for a few months and maybe...relaxing or whatever people do. Having fun? Idk. That hotel room in Indianapolis that I got for this convention is calling my name tbh. Gonna...sleep and watch TV.