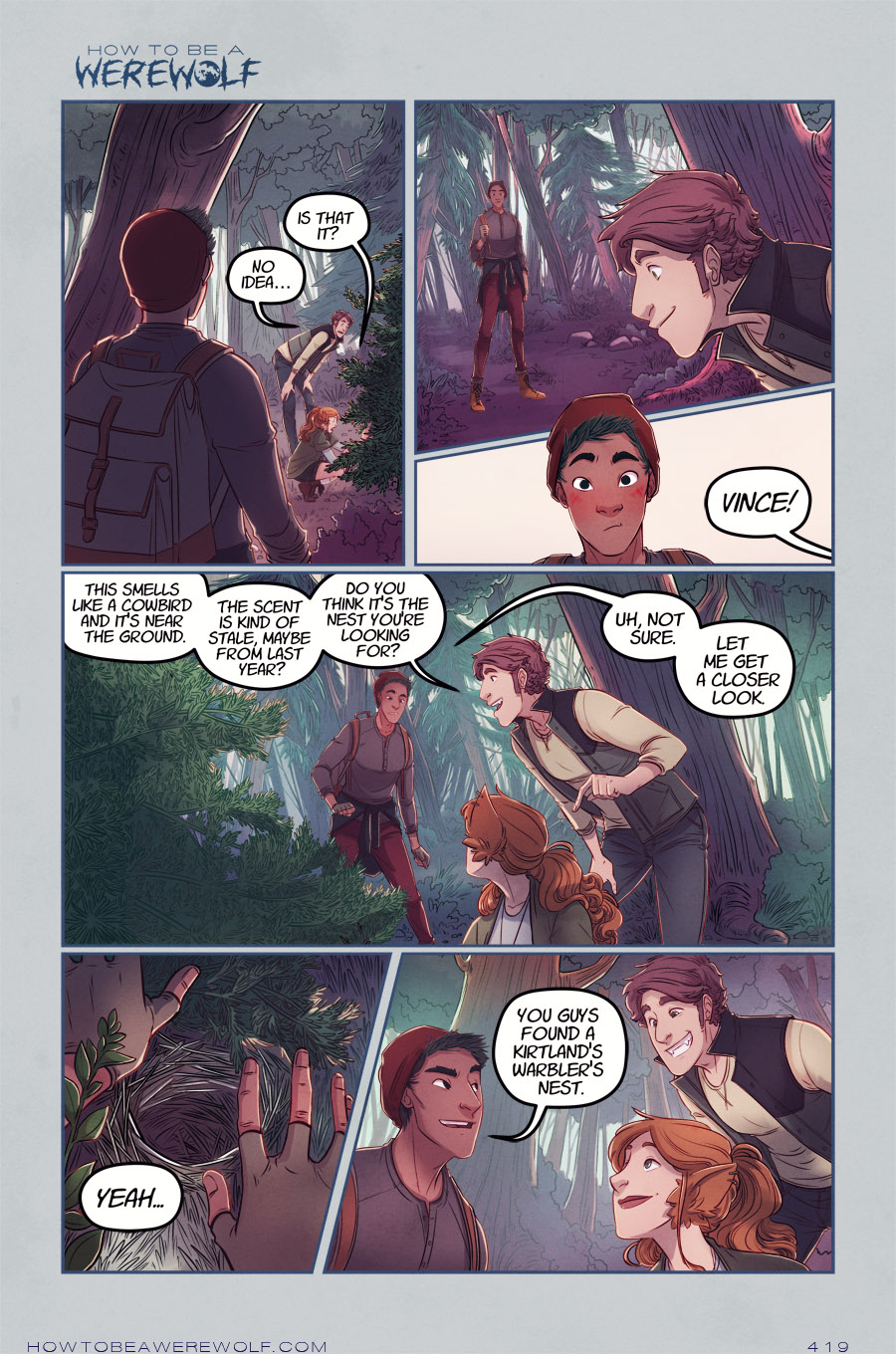 Vote over at TWC and you can see some thumbnails! Scribbles eventually end up as a page, who knew?

As I mentioned yesterday, there will only be one page next week and the week after! I need a bit of a break to make sure my creative juices refuel so I can jump into the next half of this chapter with a bit more gusto. There's a lot going down, and I want to do my best :).

It's gotten to the point that I unapologetically just write werewolves as giant human dogs lol. I've met a wolf dog in person (mostly wolf, slightly dog), and while he was much more aloof than a normal dog, he was still dog at heart. I can't bring myself to pull off the violence and destruction of the average werewolf story, so you get a much fluffier (literally) interpretation with a side of psychological horror. (Which I understand much better than gratuitous violence.)

The hardest part about writing Vincent is that he doesn't say much, and certainly can't pour his heart out in this context, so we're getting as close as I can to making it clear that he's kind of jealous and left out here. And embarrassed for getting caught staring. Oops! Sorry dude, it'll all work out eventually. My favorite trope is mutual pining, so we're going to keep plodding along with that idea :D. This chapter is going to end up doing a LOT of the work for these two, though.