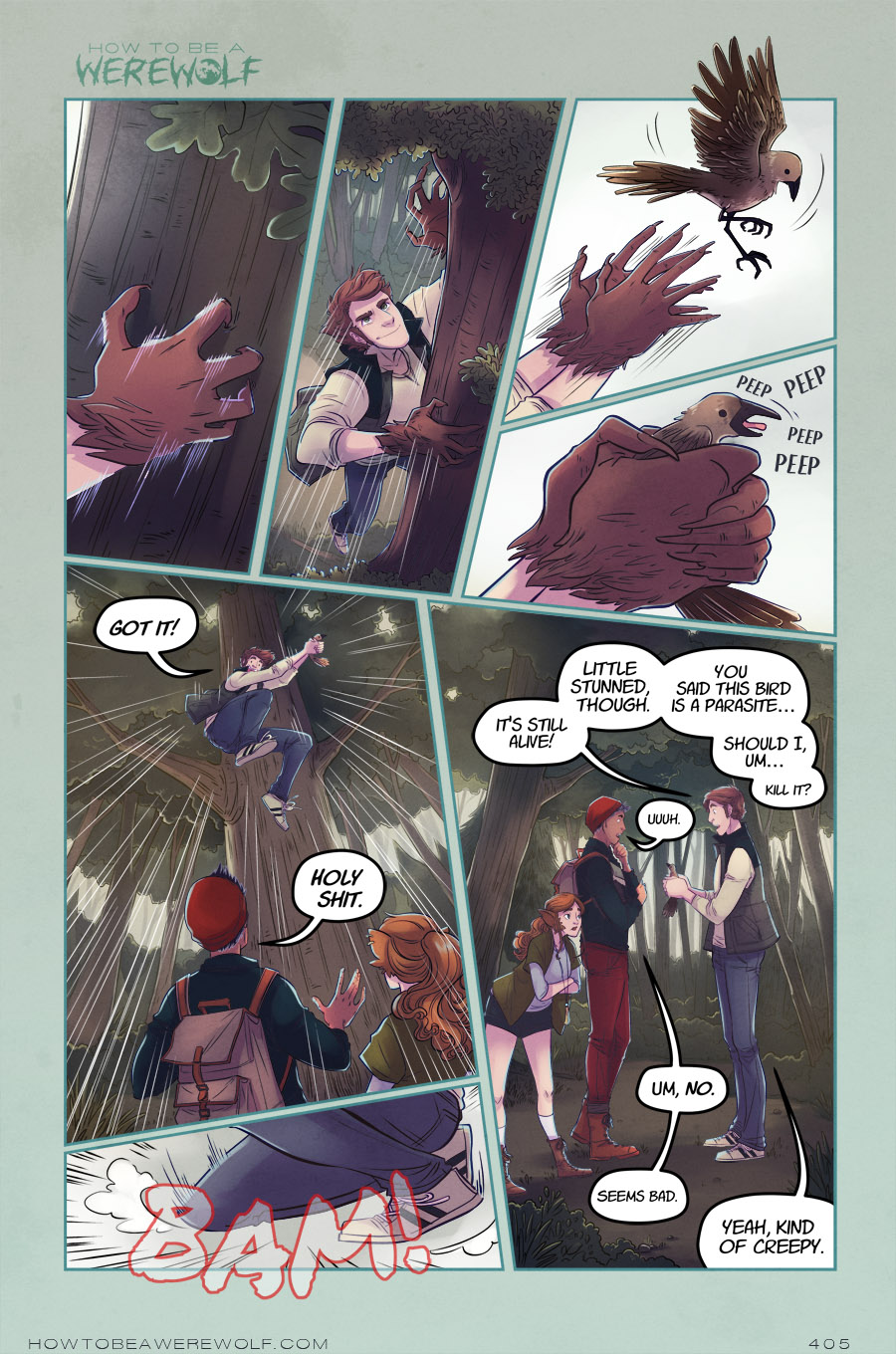 Vote over at TWC and you can see thumbnails for this page! That's the best I can do today lol

My last dog once caught a squirrel while my dad was walking her (this was around 2001, and he refused to use a leash because my dad was too much of a country boy to put a dog on a leash...it was fine), and just like any dog who catches the thing they've always wanted to catch, my dog had no idea what to do with the damn squirrel afterwards. She brought it back to my dad, who pried it out of my dog's jaw only to get bitten by the squirrel in the process. He took it home intending to take it to the vet, but it died of shock on the walk back. Then he had to send the dead squirrel to the state health department to make sure it didn't have rabies. It was a weird week.

Anyway, that's what this page reminds me of lol. "I caught the thing, now what?" There have been efforts to control cowbird populations to help the populations of these smaller birds recover (Kirtland's Warbler, golden-cheeked warbler, and black-capped vireo are the three in Michigan), but according to the first search result on Google (I'm lazy), the most effective effort is through planting more young Jack Pine Trees for nesting. (This site also pointed out that some birds might actually accept the cowbird eggs to protect their nests from being destroyed in retaliation, because if they kick out the cowbird eggs, the cowbirds sometimes come through and ruin the rest of the nest.)

I've got a few more drawings to do from people who donated to my local domestic violence shelter for the Women's March, and I'm going to post a ramble on Patreon about writing in the next few days, but for right now...I'm going to go get cleaned up and get lunch with my friend because I desperately need to do something that's not work! Going to go take advantage of...this totally disgusting rainy, icy day. Fun!