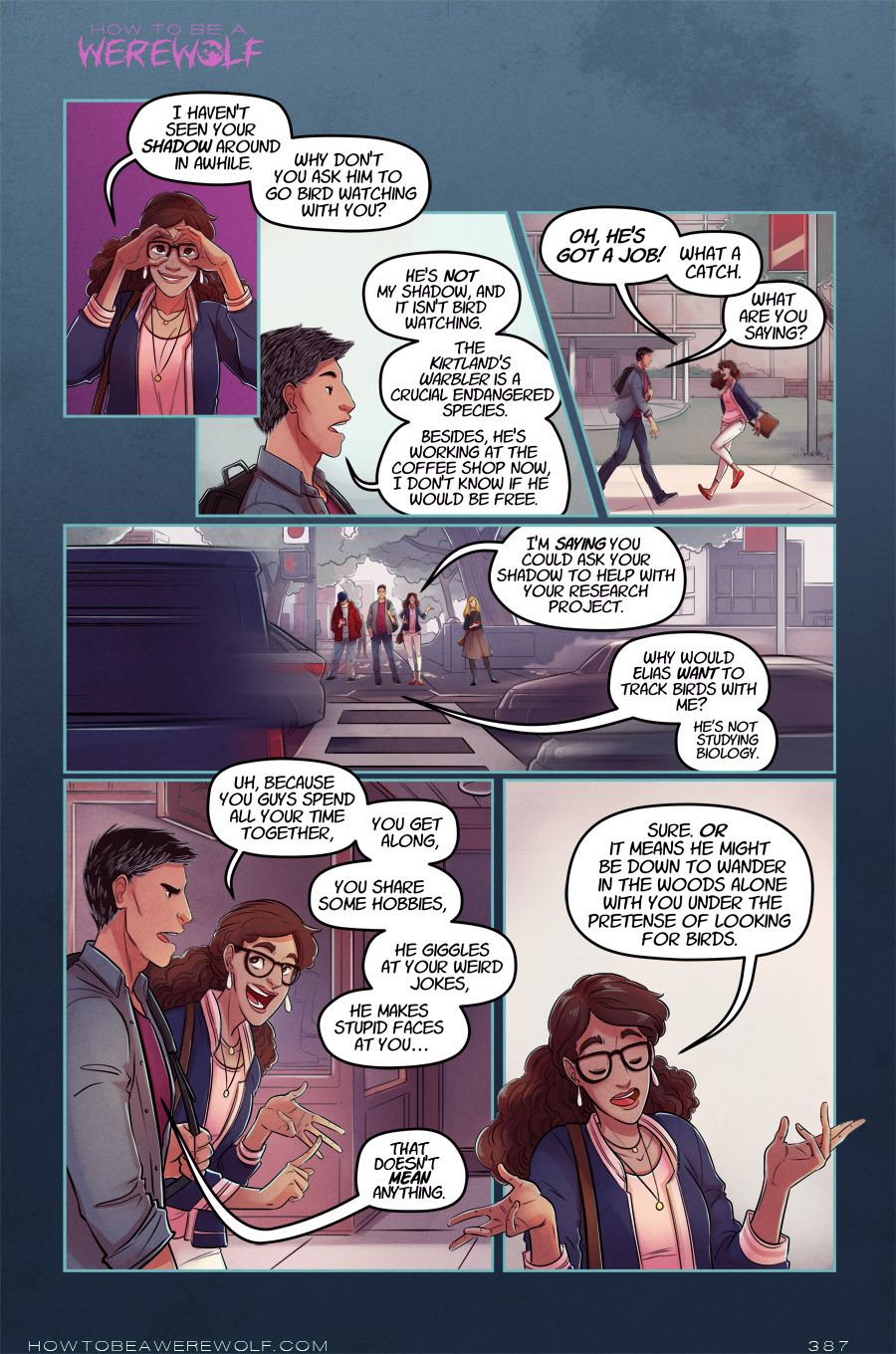 Vote over at TWC and you can see some thumbnails from this week's pages!

I have had a week, and it's only Wednesday. I was at the polling place I worked at yesterday until 10pm. I woke up at 4am to get there. I'm fucking exhausted, and not a single vote from my whole county has been recorded yet. Everything is FUBAR'd and I'm at the mercy of incompetent weirdos. Hooray!

As such, if you want to nitpick this page to death today, consider that I don't want you to and I've worked very hard lately (for democracy!) and I managed to knock this out while not really having the time to spare to make it. "What's she doing with her hands in the first panel???" Making binoculars with her eyes. "That's not what it looks like!" Then fine, she's making a stupid face. Roll with it. "Why does Vincent look weird in profile?" Because I'm tired and forgot how to draw. "Some other small complaint!" Some other witty, exhausted retort.

So enjoy! I'm off to try to shape myself back into a human, find out if there's anything I can do to help with our local voting fiasco, and maybe go buy a mattress and pay some bills. My brain is just a pile of jelly navigating my physical form around until some time next week.

Also, if your nitpick is that the Kirtland's Warbler isn't typically in habitats around the Ann Arbor-ish area of Michigan, then I will accept that nitpick as legit because I couldn't find any data that specified if it lived in those particular counties, and eventually gave up because "bird watching" sounds much better than "let's look for rare species of bugs" or whatever else is endangered in that area of Michigan.