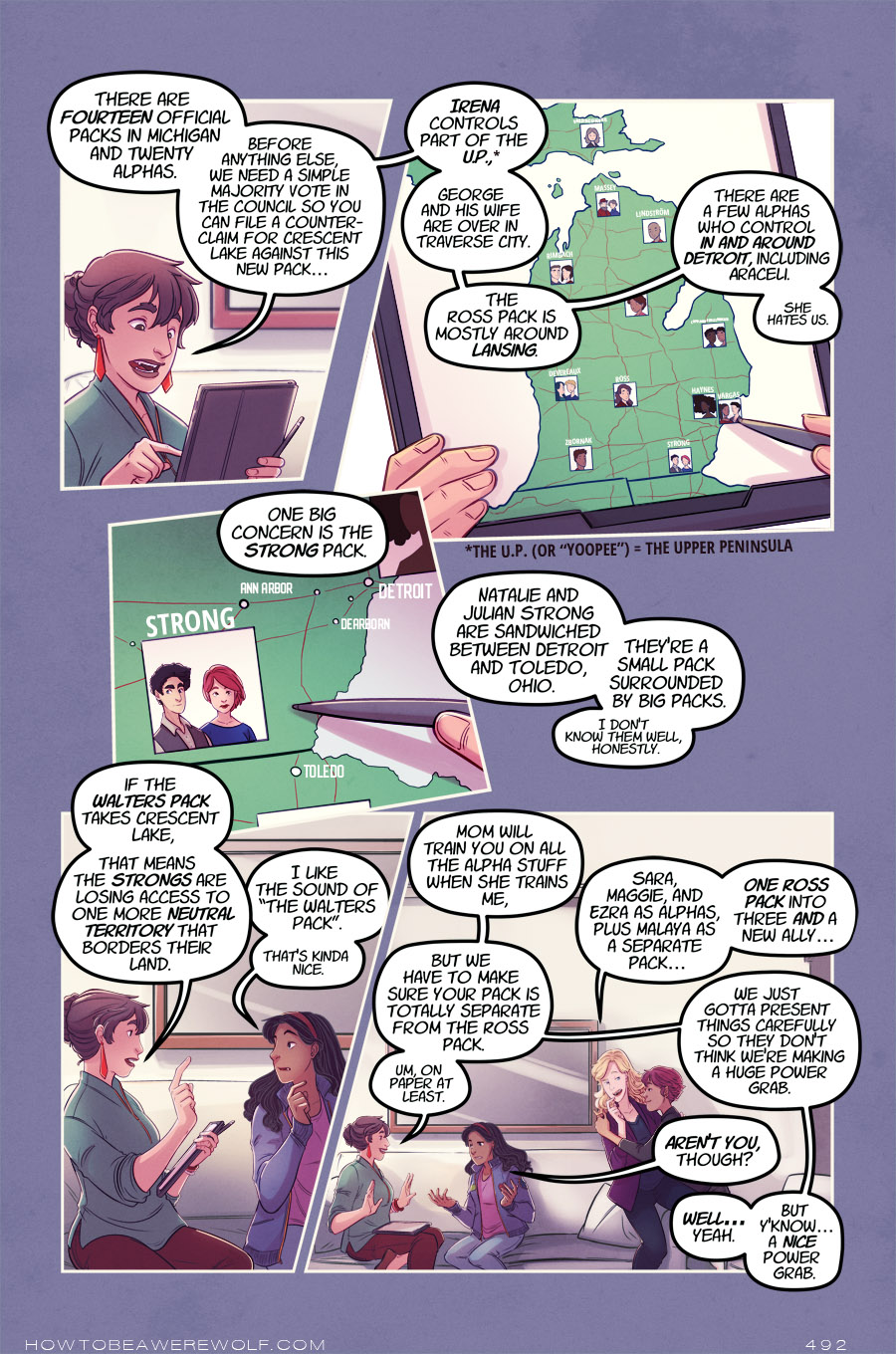 Here ya go! I made this a few years ago and we're just going to keep using it forever because I can't be bothered to draw additional sweaters. Maybe next year I'll make another holiday graphic lol. 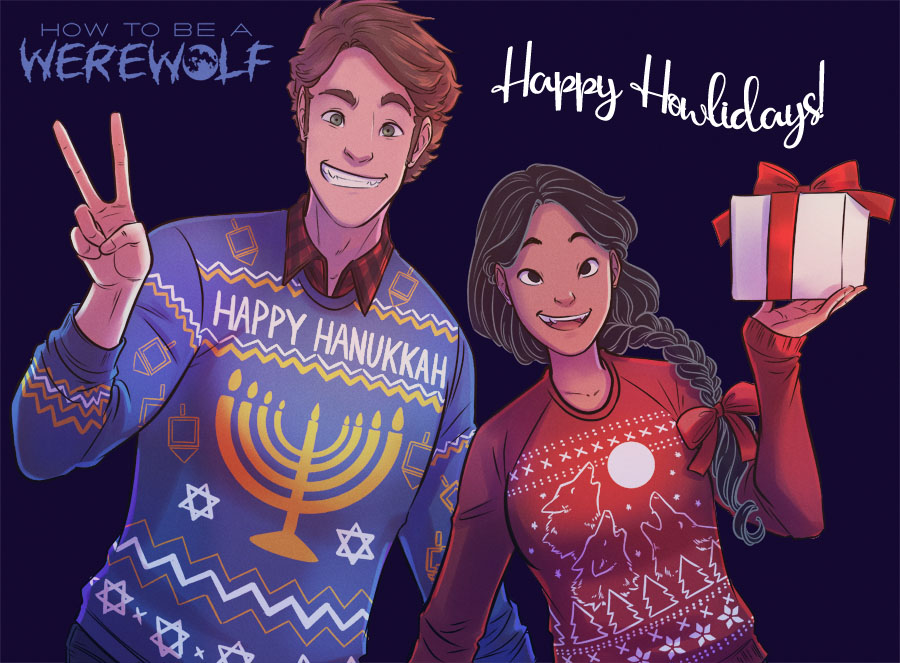 Anyway, fun facts about Michigan: because the state is in two pieces (the "mitten" and the upper peninsula), there's a bit of a cultural divide between the main part of the state and people who live in the U.P. Having driving through the U.P., it's not particularly populated. Just a few largeish towns, lots of nice views of Lake Michigan...very cold. There are a lot of weird little islands and stuff too. I've been up to Sault Sainte Marie, which shares a giant lock with Canada to get ships through Lake Superior to Lake Huron. That was neat. And then there's Mackinac Island between the upper peninsula and main part of the state, which is a popular tourist spot. I thought it was neat, but I don't get the hype I guess.

I'll be glad when I'm done with these dialog dense pages. But hey, sometimes you have to do that or we'd be stuck in this living room forever. If you're a $5+ patron, the 300 dpi version of this page is much larger and the pack names are more readable. There are a few hidden behind the word bubbles, but no one important. Honestly, I named a handful of them after the Golden Girls because I ran out of ideas.