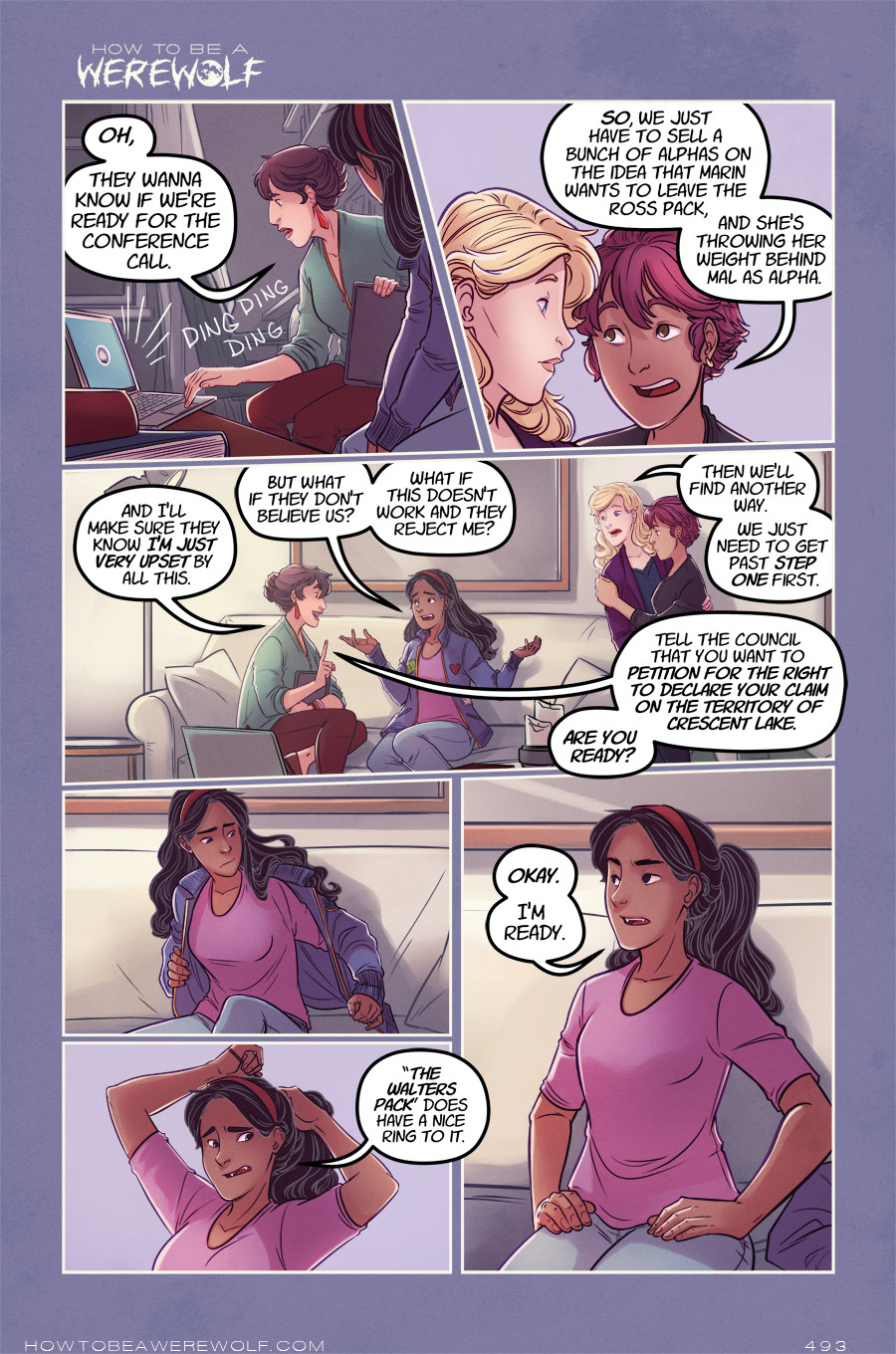 Okay! We're at the end of this scene! Which is great, because as easy as it is to copy and paste the background over and over, I would like to shake it up a a bit. It was fun to focus on Malaya's reactions here, though. Comics are sort of wild, because you have to understand acting and be able to draw that acting. I struggled a lot with the last panel on this page, because I needed it to contrast enough with her earlier body language. She's had her freak out, she's faced her anxiety, and even if she's still nervous, it's time to get down to business. If I had the space, I would have liked one more panel in there where she's thinking, just because it would suit the rhythm a bit better, but I think it works fine this way too.

And tomorrow, I get to prove that making a brush in Clip Studio to draw all the damn vines faster was something I should have bucked up and done like, a year ago. It really made the work stupidly fast in comparison to the other times I've tried drawing vines by hand. I like that Clip Studio lets me make a brush that's in full color, so I could make vines that are already shaded and everything. I was worried the result wouldn't look good, but I'm pretty happy with it. Maybe it's not as organic as it could have been if I drew everything by hand, but I also need to have a life at some point so...eh.

It was pointed out on the last page that I put Phil in Traverse City, and I switched him with George, who I put in Mackinaw City. I'll flip that! I was thinking that Phil was George in my brain, so I put him where I meant him to be, but was thinking of the wrong character. Oh well! I'll reupload that page here soon.