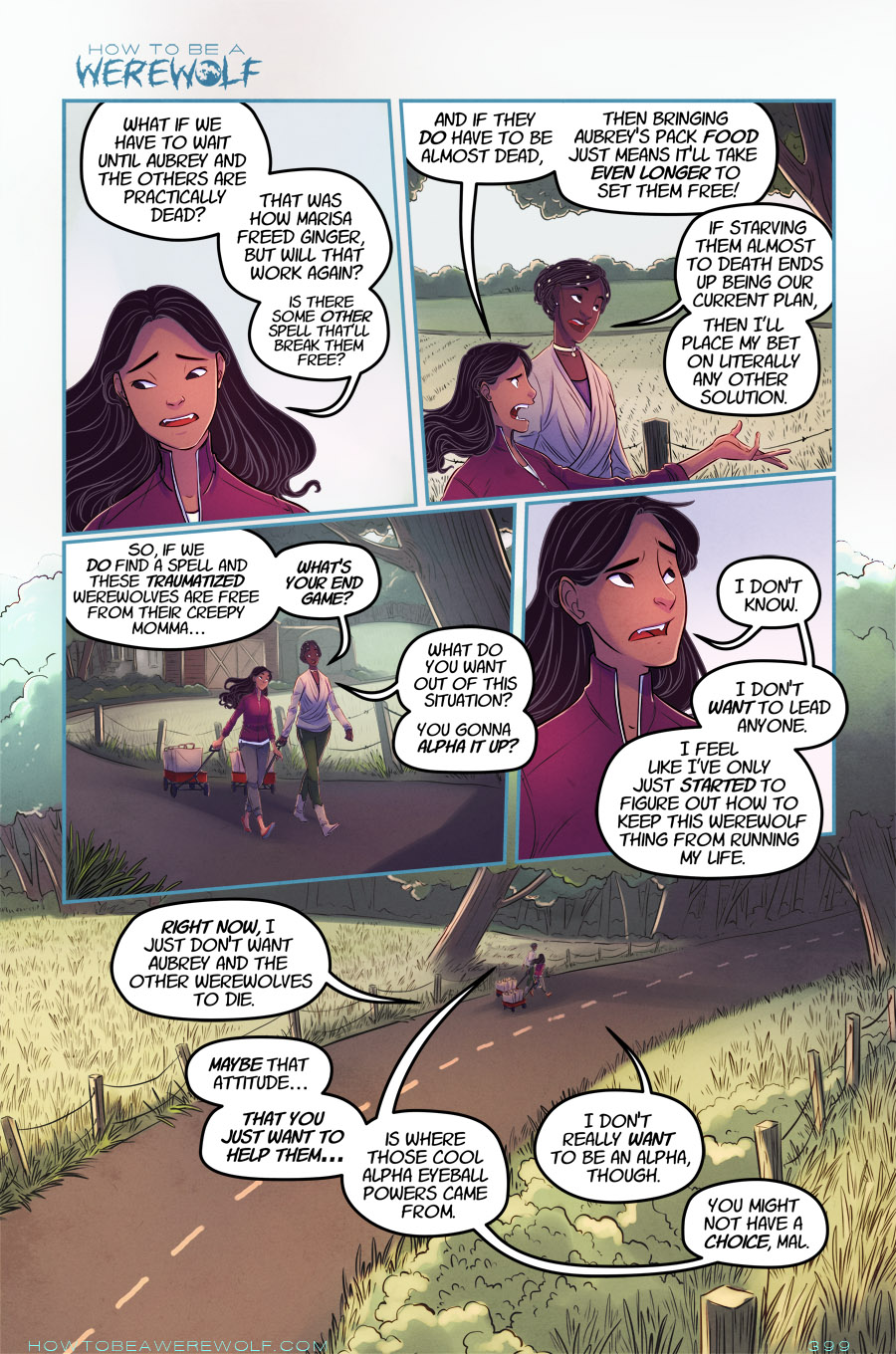 Vote over at TWC and you can see the big spoon/little spoon image of MarMar that I've been working...which would be finished by now, but I feel too sick and gross this week :P

I really like how this page came out! I don't usually bother breaking out of the frame and going full bleed all that often, because it's more work and not usually necessary, but it works well here. We're still pretty early in the spring, some point in April I think (I'm tired), so technically the Michigan countryside wouldn't look quite this lush yet...but we're going to roll with it because it looks nice. A lot of the Midwest transitions from "town where people live" to "this is farm now" very quickly, and Malaya and Charlene would have to take the scenic route to not be too obvious about toting that many groceries to a house in the middle of nowhere. (Or they need beefier, off-road wagons I guess.)

The subject of alphas come up in basically every werewolf story, but I wanted to take things in a different route. Usually being the alpha is a good thing! Full of hyper-masculine tropes and a lot of weird control and dominance issues! But I'm not writing that story. The qualities that make someone a leader are mostly cognitive, and Malaya has a lot of those qualities underlying her personality once she gets past the fear of her werewolf self. Soooo it mostly comes down to what would cause her to take up that mantle and how much choice does she have in it? I will say, there's a lot of stuff that goes down in this chapter that sets up for where the story goes in the future. There's a lot of climactic stuff in chapter 10, but chapter 9 is what determines...everything after chapter 10. Good times! I'm glad this story is easy to write, because my brain is half shut off from this sinus infection and I'm running on fumes this week yaaaay.