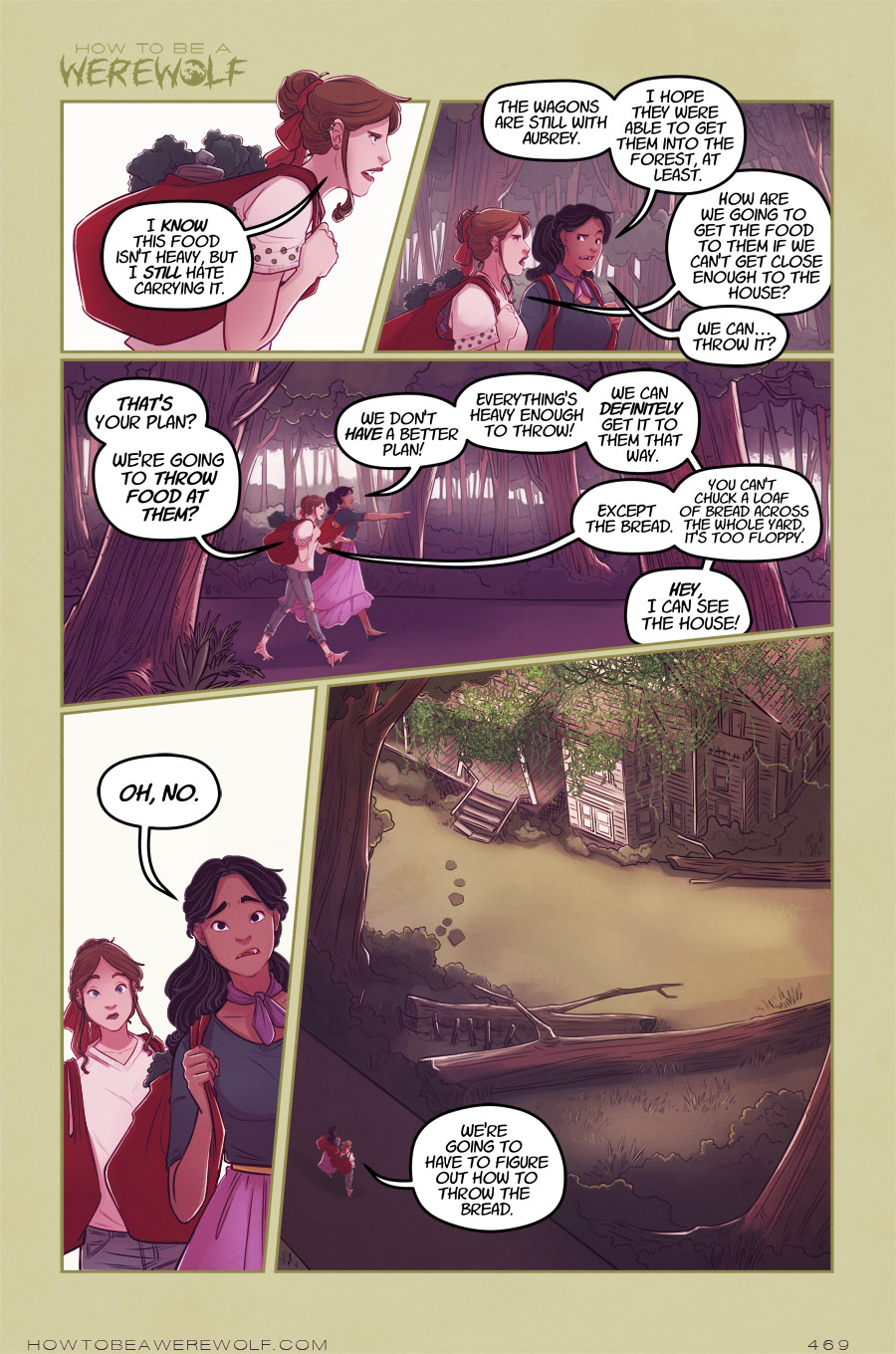 Yay! It's the first of the month! Vote over at TWC and help me out so you can see Harvey getting nuts with a scythe from tomorrow's page.

I exchanged a page that had four people and a dog on it for a page that has a TON of fucking vines on it. I spent so long drawing and copying and pasting those. I know, I know, Clip Studio has an option to make custom brushes and stuff, but for as long as I'd spend to figure out how to make a vine brush that I'm satisfied with, I might as well just draw some vines. It was therapeutic at least.

I wanted to bring back some more clothes from the chapter 7 shopping trip, so Mal is wearing a skirt from that chapter. As she's getting more comfortable with her werewolf stuff, she's started branching out more...at least whenever transforming isn't probably on the menu. Sometimes you wanna be cute and not worry about your clothes exploding.

Ginger is meant as a character who contrasts with Malaya, to show another character in a similar situation who has handled things totally differently and had a different support network. She's gone from being dressed up by Connie and kept almost doll-like to adopting a much more casual kind of Bohemian look for her own choice of clothing. I also like that while Malaya has lightened up a lot from the beginning of the story, Ginger just gets more surly as she's become more sure of herself. (I can relate.)

Reminder, I put the Chapter 10 cover image up on Hiveworks as a huge print! It's 11x17, which is like...small poster size.