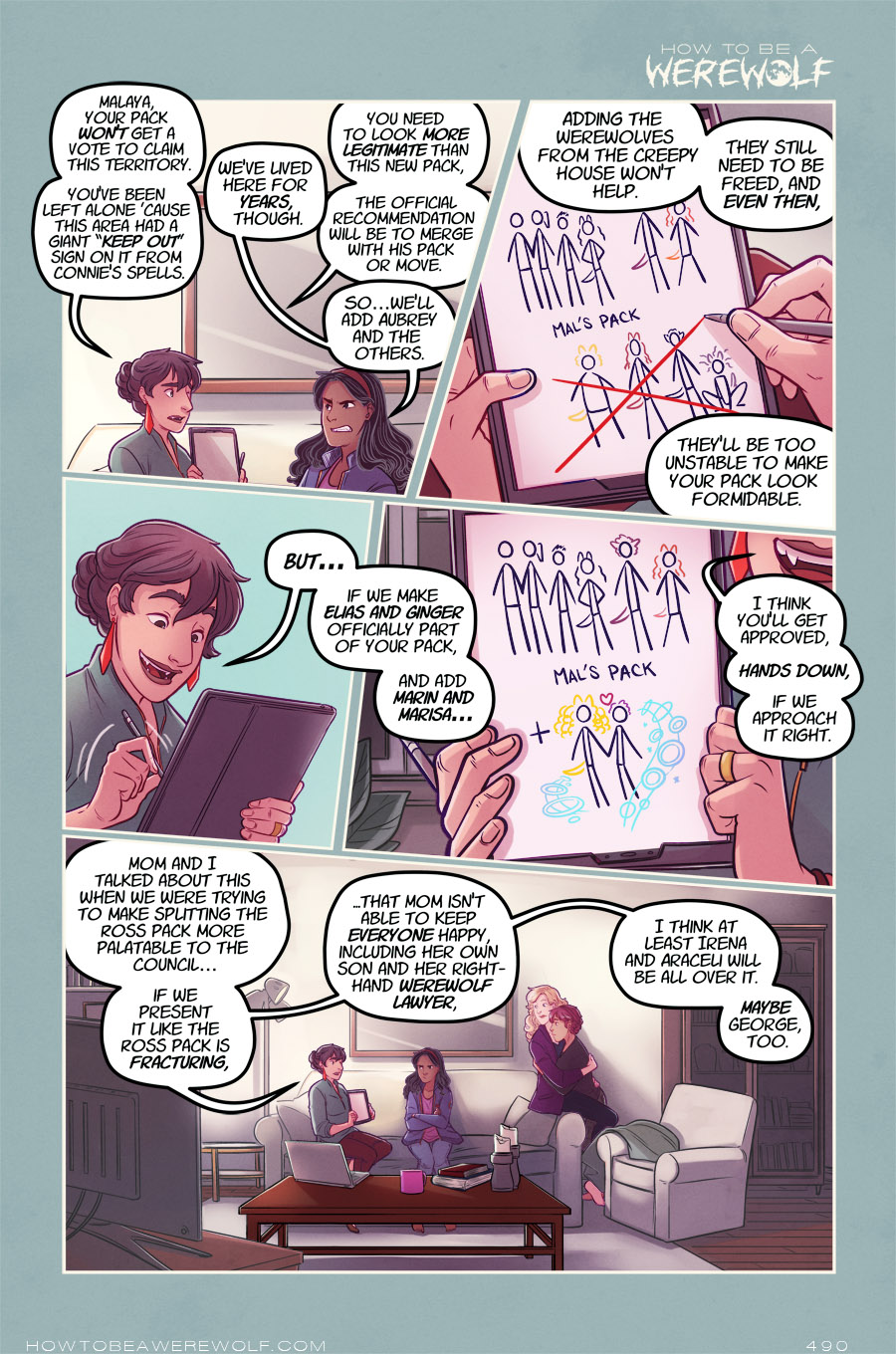 Vote over at TWC and you can see some thumbnails! Very exciting for you.

My brain is totally blank right now, and I'd blame the two cookies I just ate for breakfast, but I think instead I'll blame winter solstice coming up this Saturday, because these short short tiny days are messing up my sleep schedule and I feel like my soul is trying to escape my body. Yay! Winter!

Anyway, Maggie's idea (I won't call it a plan, because plans in tv shows are always needlessly elaborate and somehow always work out flawlessly, unless they DON'T because PLOT TWIST...but you only know that because they explained the super complicated plan beforehand or else it wouldn't be a twist, it would just be what happened) is focused mostly on optics. If you kick out Marin, the other packs see her as very close to Sara. So they'd be less inclined to think this is a power play by the Ross pack, or that the Ross pack would ultimately be benefiting from Malaya taking on being an alpha. Or something. Like I said, I'm rubbing together my last two brain cells that aren't still sleeping in order to drag my ass to the gym this morning. I'm an adult! A functioning adult! Kind of.