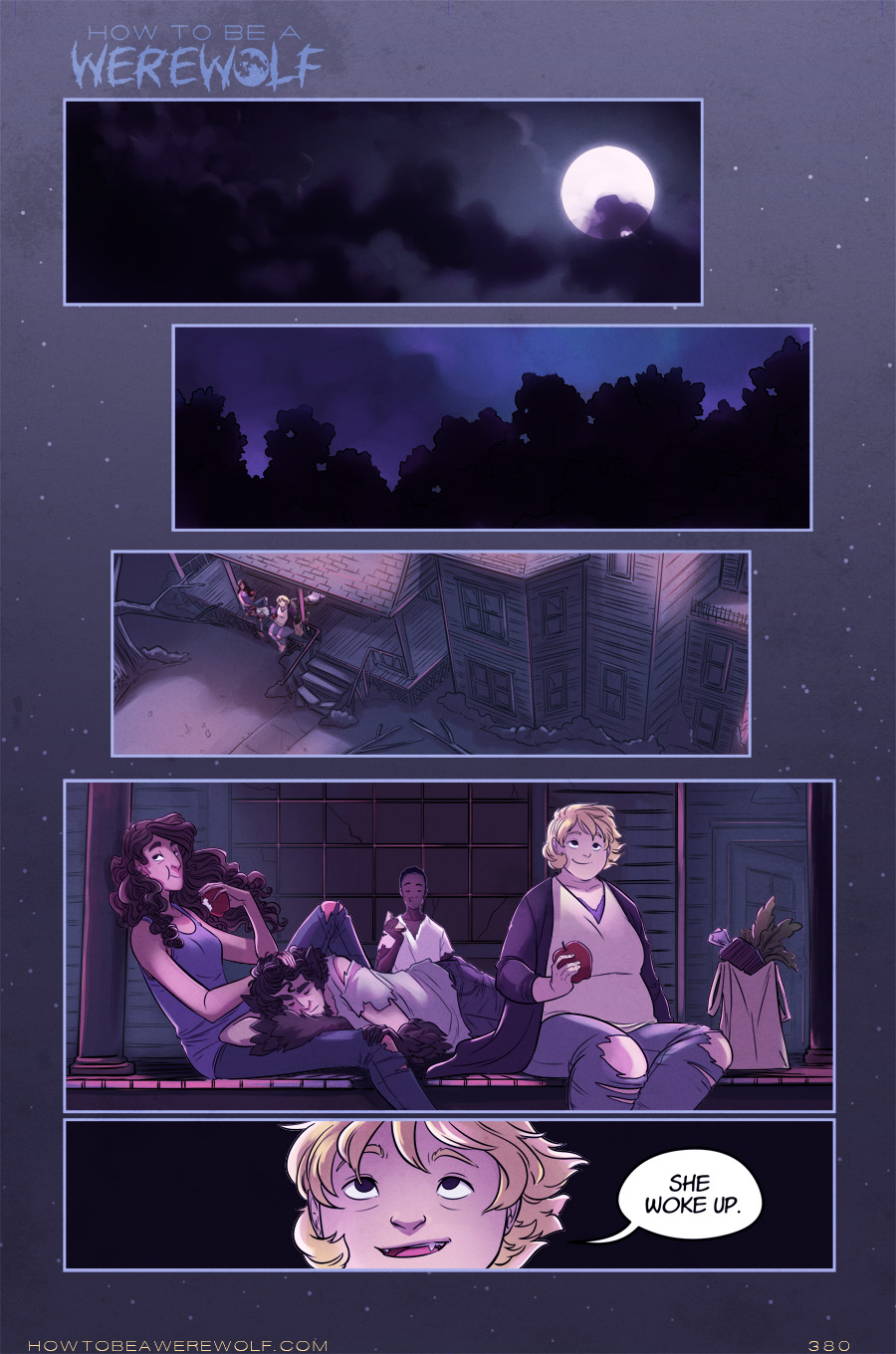 LAST PAGE LAST PAGE LAST PAGE! 85 pages later, and Chapter 8 is done! I have done a pretty horrible job of dividing this story up in any way that would lend itself to publishing lol. Chapter 7 was 84 pages, this one is 85, so I guess that's a 169 page graphic novel technically? I'm hoping that next year, I can work with Hiveworks to get a Kickstarter up and running, and we'll just publish everything that's done so far, or at least the first few volumes. It sounds straightforward, but it's too late in the year as far as taxes go to have one now. (If you get the Kickstarter money and also produce the books the same year, the books can be written off as an expense. If you get the money and don't make the books the same year, then you can't write the books off of the Kickstarter profits.) I also have to go through and format...380 pages of comics, some in black and white, and some in color, soooooo I'd rather not this year. I don't have time.

Anyway, I figured with this page that it'd be nice to see how the other pack is fairing. Um, better? Still kind of tired looking, but they have food. They can't even slightly wolf out even on the full moon, and Tim's basically wiped out. But spirits are high! The next chapter will dive into Malaya's efforts to help them. That's kind of the B plot of Chapter 9, with Vincent and Elias's adventure being the A plot. I'm looking forward to it! I've managed to write this whole story to avoid ever having to draw crowd scenes if possible, and Chapter 9 is no exception.