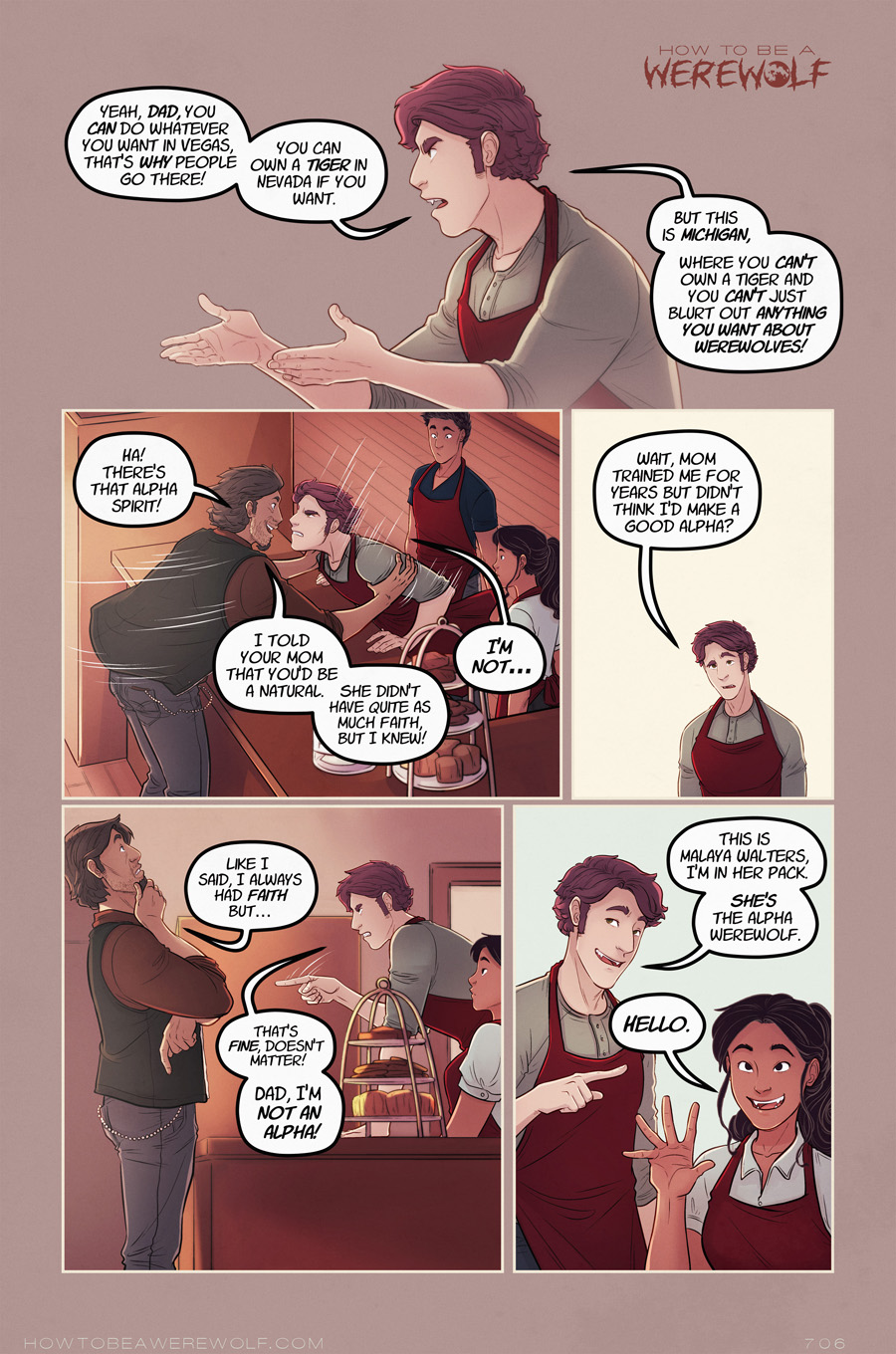 Vote over at TWC and you can see the only part of a panel from next week's page that isn't a spoiler I guess?

Lol Elias's dad. Who does have a name, but that'll be in next week's page. BTW, I might only post on Wednesday next week, it depends how I'm feeling. This section has been easy to write, but I can tell I'm hitting a bit of a creative wall lately, and I have to work the primary election on Tuesday. I do have a small buffer, but I'd rather not blow it quiet yet lol.

My original plan for Elias's dad was that he'd be kind of casually cruel in that way that people tend to be when they're not all that invested in the way other people are reacting to them. I couldn't quite pull that off for the whole scene, but it felt natural in a couple places, like this page. If you remember back in chapter 6, Elias talked about his mom setting him up to take over as an alpha like his sister Maggie (and Ezra, theoretically, though I don't have time to do much with his character, so don't worry about what Ezra is up to). I had a family member who would do shit like this fairly often, actually. She'd throw out casual barbs about conversations she'd had about you with other people. "So and so said [hurtful thing]" but you couldn't verify any of it unless you wanted to start an all out war with everyone. Some people are natural shit stirrers! And we get to deal with the consequences, because they don't often change. Yay!