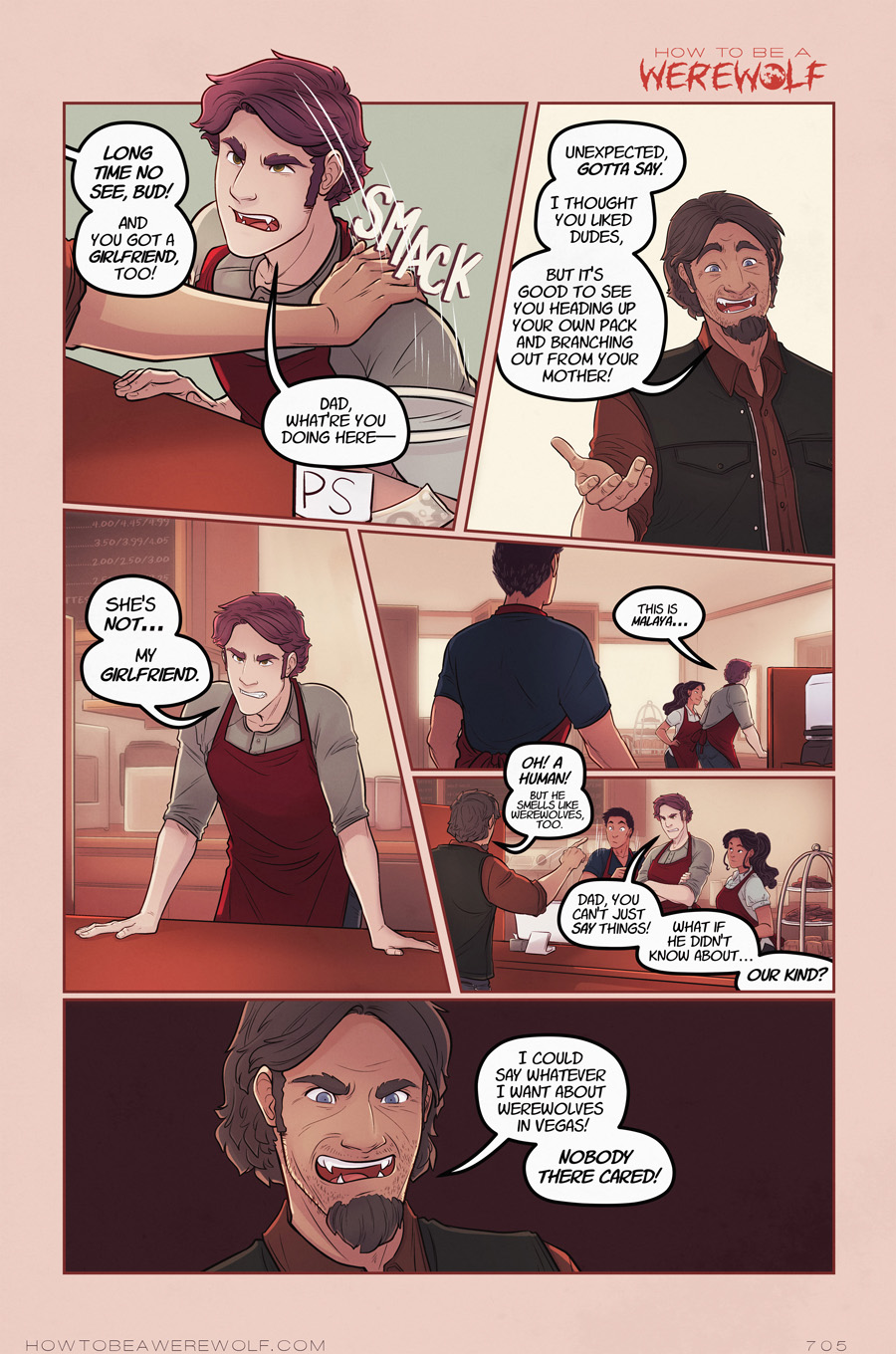 I originally intended Elias's dad to be more of an asshole, but that wasn't really working out. I kind of pull characters together from a conglomeration of people I know, and whatever weird patterns of behavior I observe in them, and I know a lot of men like this lol. He's kind of bombastic and unpredictable, friendly enough but interrupts you constantly...I ended up writing Elias's dad as the kind of older dude where you just get caught up in their flow and you can't pull out of it to save your life. You can't even the playing field because the world revolves around him, and he'd prefer if you not call him out on it kthx. He's casually rude but not in a malicious way, usually. The best way to deal with this type of guy is to smile and nod for awhile and then dominate the shit out of the conversation right back at him. I have yet to find a version of this man who doesn't react well to that, which is interesting. Maybe he's a Midwest Type, though this trick worked okay when I lived in LA when I ran into that personality type.

Constant Talking Man versus Small Domineering Woman is maybe the golden combination there, who knows. The Mothra to his Godzilla, maybe.