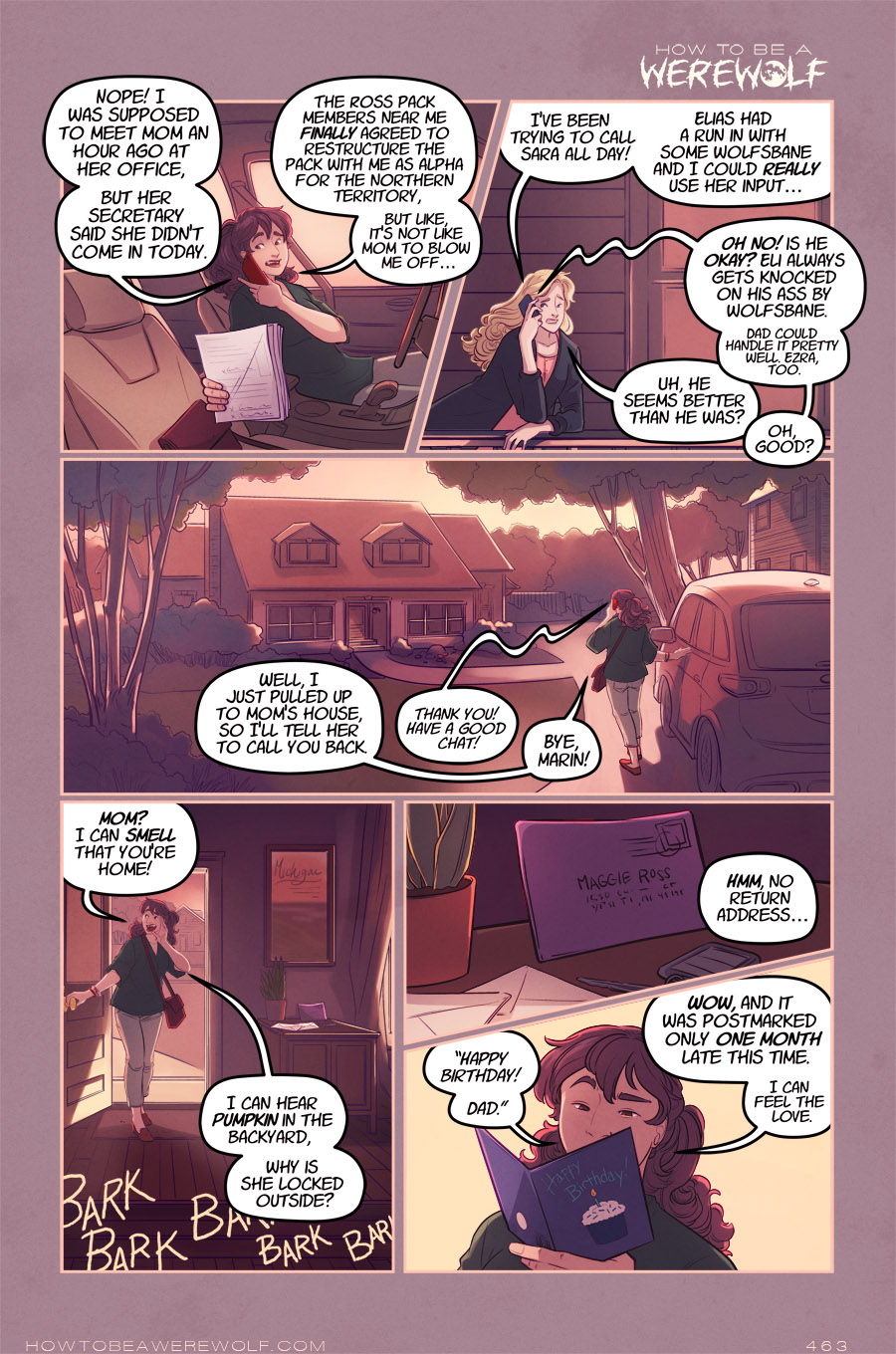 Vote over at TWC and you can see a beautiful scribble of Pumpkin from next week's thumbnails.

I can tell from yesterday's comments that everyone is freaked out! That's probably a good idea, but don't worry.

Some day, I'll have time to flesh out Elias's dad's whole thing, but it'll be awhile. I like the idea that Elias doesn't really see him as gone, just kind of...inconveniently not located nearby. And in werewolf land, getting a divorce would be complicated, because you'd share alpha-ship over your pack, but if you break up...do you split the pack? Who agrees to go with who? So rather than bother, I think Sara just tolerates her husband being off doing whatever and has an air-tight legal defense to prevent him from tanking her business from Vegas or something. Gotta put that shit in an LLC, yo.

Anyway, I'm off on a magical journey today to my favorite weird "here's where last year's Valentine's candy comes to die" warehouse place in the middle of nowhere. Follow me on Twitter if you'd like any highlights of whatever I find. Last time, I found an entire palette of action figures from like a decade ago that were commissioned for a heating and air conditioning company. Kind of weird, but okay. Like eight years ago, I found a package of Darkwing Duck party favor bags. Brand new! From...1989! Why were those there??? How did they come to be???