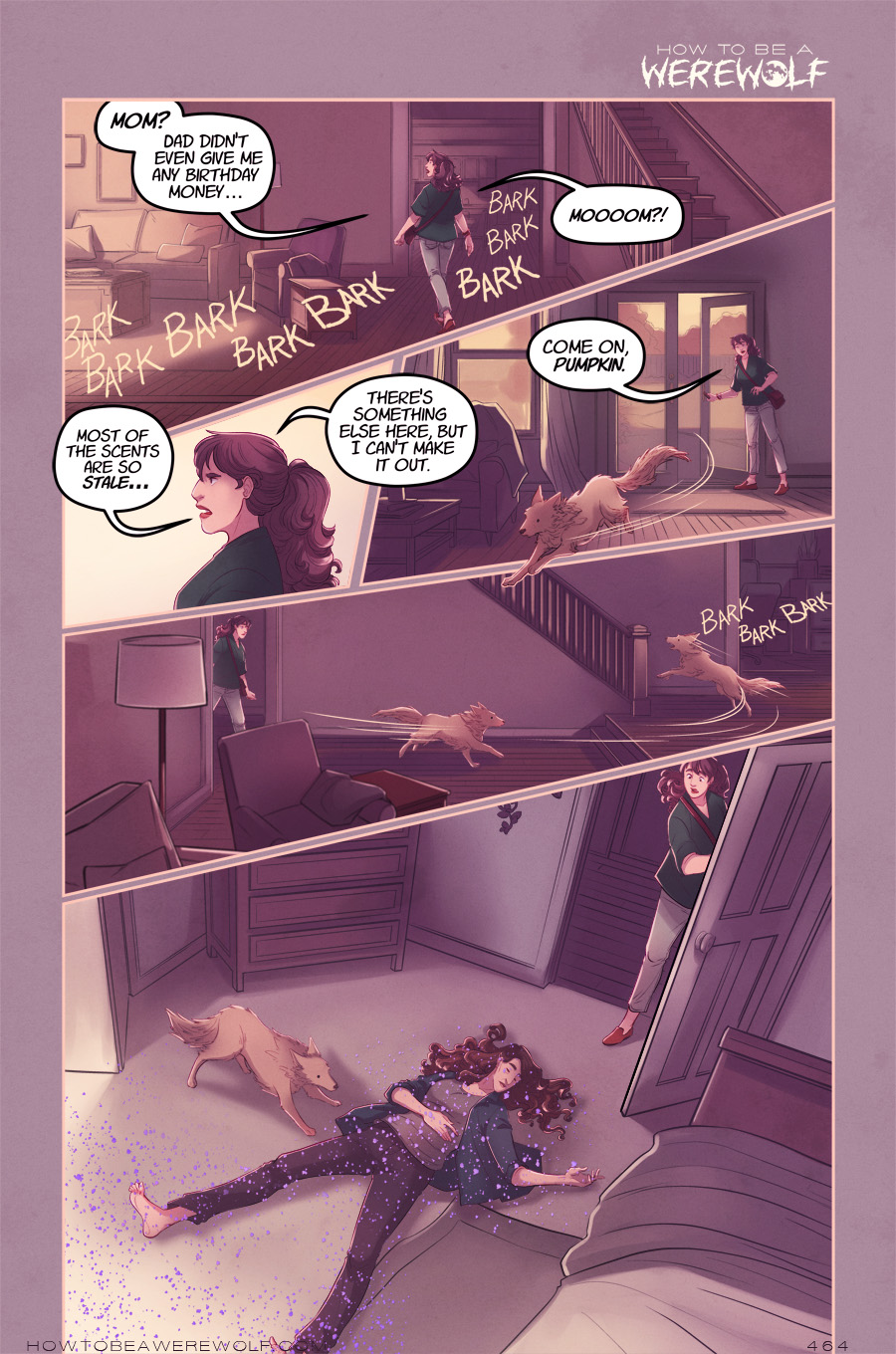 Vote over at TWC and you can see some progress on the cover for Chapter 10! Which starts tomorrow technically!

First things first, if you'd like a very easy way to support my comic, it would be awesome if you turn off your ad blocker! That's where most of my revenue comes from! I totally understand ad blockers, as mine is turned out basically all the time. If you happen to get a really bizarre ad or one that tries to steal you off to another site, please take a screenshot (the URL helps a LOT) and send it to tech@hiveworks.com to let them know. They're able to kick malicious ads off their AdSense server, but a few still sneak through from time to time. Most of them should be pretty innocuous.

Second, there were a few mentions in the comments about how come Elias wasn't able to dodge the wolfsbane from Lucas, which I assume will be mentioned on this page as well. This was vaguely explained on the pages with Tom's pack, but I'll clarify it as things unfold in Chapter 10. It's not a secret, though. Lucas got a magical boost from Tom (and drained the hell out of him, oops) which gave him a similar power boost that Connie had against Tom. (Though probably a little more amplified, considering how drained Tom ended up being.) Basically, Tom used Connie's tactics to his own advantage.

THIRD, I'll be uploaded a video of my progress on the chapter cover for chapter 10 at some point this week. Aaand probably boosting it on various social medias. So if you're interested, that'll be at thing you can watch! Probably complete with some random copyright free music to chill out to. It won't be a short video O_O.