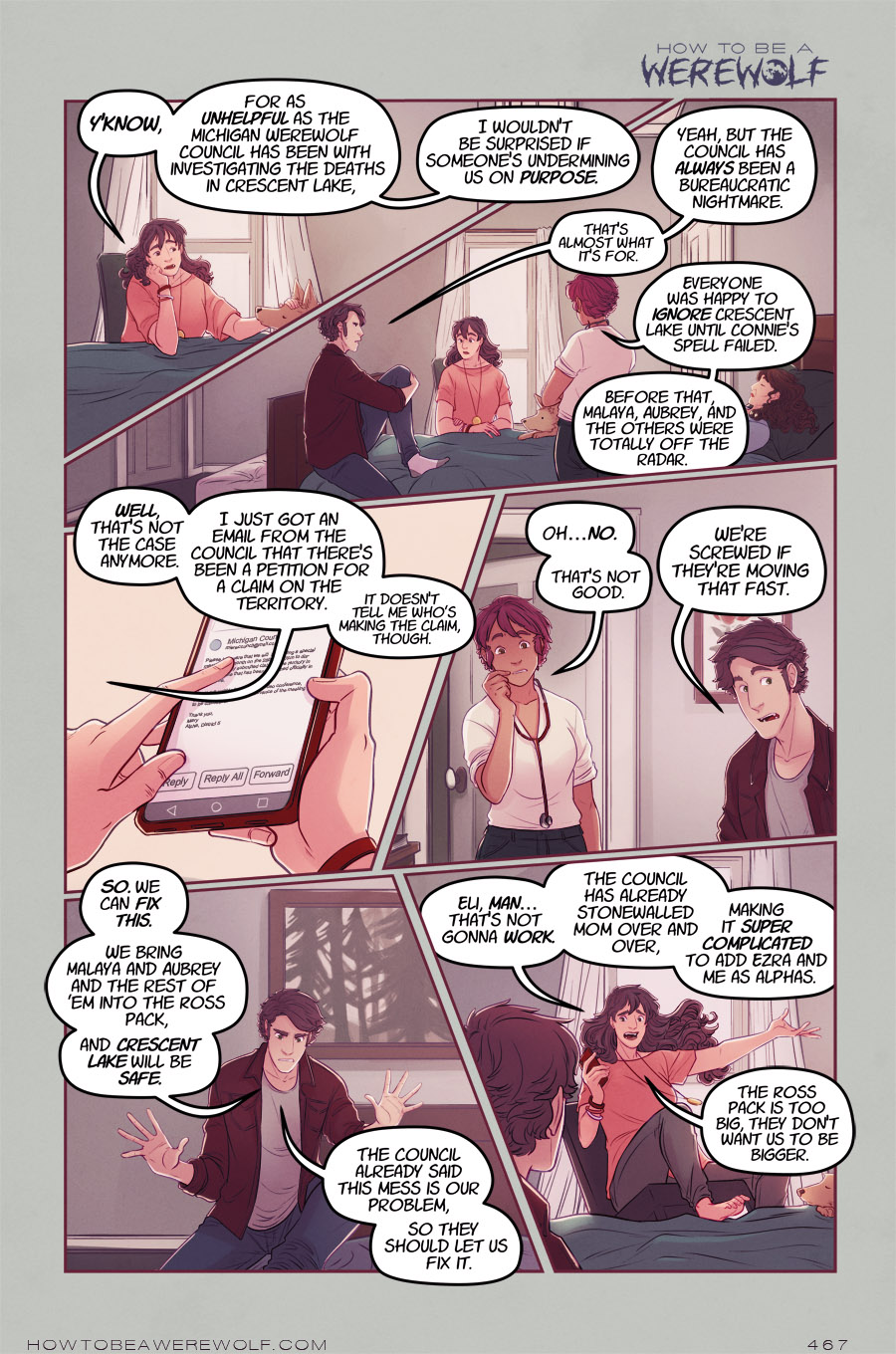 The best storytelling device is one that you can throw in your characters' way whenever things seem too easy, which in my case is the werewolf council! And considering it's based on my own experiences with the bureaucratic nightmare that is local politics, it's true to real life. We're currently trying to fill the polling locations for the upcoming local election in November. Is there a procedure in place? Yes! Is it being followed? No! Why? You'll need to know the last 30+ years of interpersonal history of the various parties involved in staffing polling locations to understand that. Basically, in a perfect world, things make sense and people do what they're supposed to, and in the real world, rules and regulations get in the way. And honestly, it's for the best. Bureaucracy is a nightmare when you're trying to get something done, but it's a godsend when you want to use it to prevent someone else from accomplishing something. It's a tool to bludgeon people with as needed.

That being said, Tom sure has gotten his way rather quickly here! Wonder why.

I realized I signed off that tiny email on her phone with "Mary", once again proving that I don't have the ability to name anyone with a name that doesn't start with Ma-. Damn it.

My cat has been fighting me to eat my grits because they're covered in butter, which I guess is my cue that I need to go buy her more cat food and get dressed and stuff.