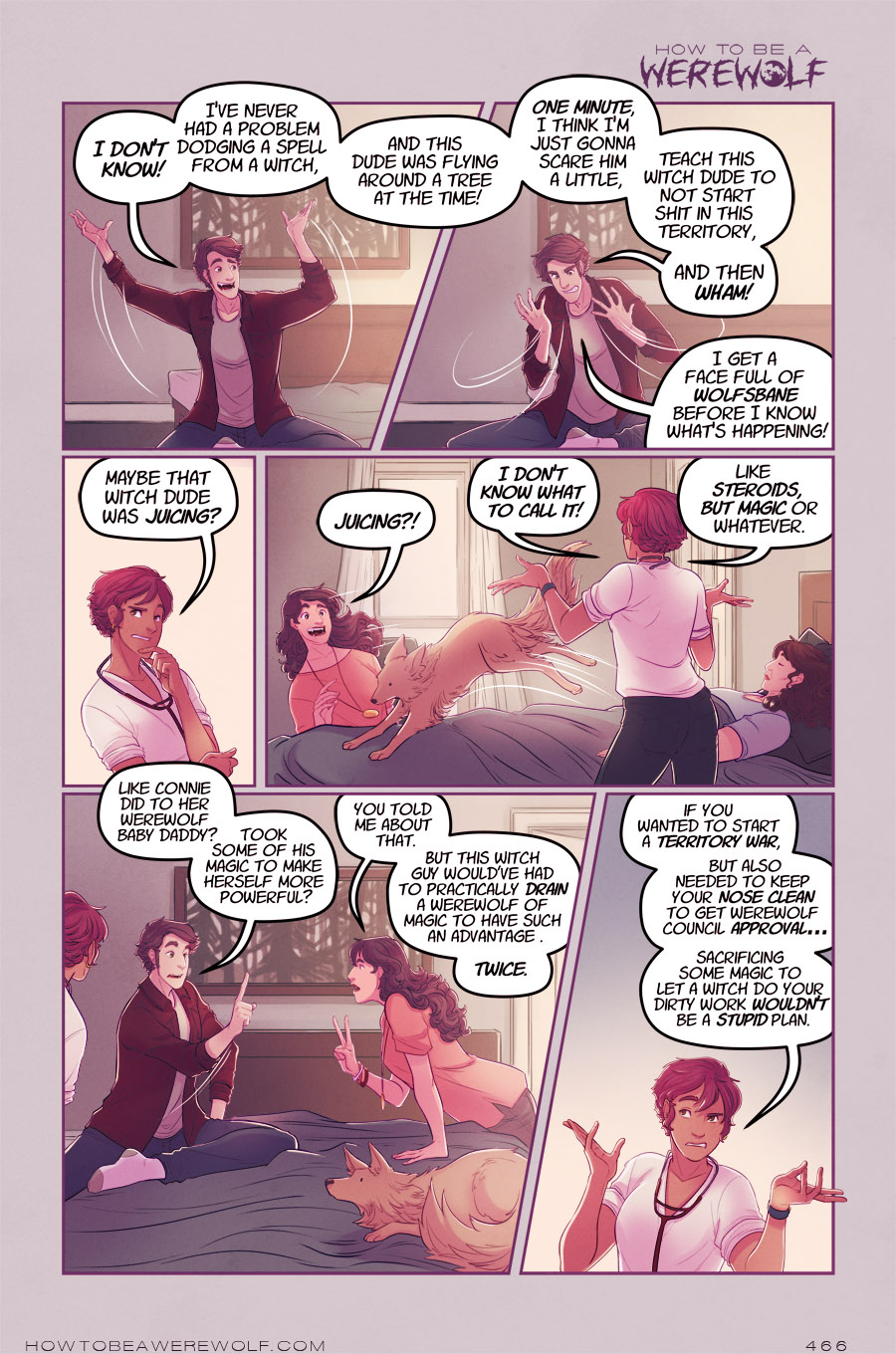 Vote over at TWC and you can see some thumbnails! That's all I have to offer, I'm tired.

It's wild, because almost every time I have a scene where we're figuring out what the fuck is going on, it usually involves having to explain werewolf or witch stuff to Malaya or Ginger or someone. This might be one of the first times I get a weird explanation scene where everyone knows stuff already! That's nice. And they know how this system works, so they've conveniently put the pieces together for us! That's nice.

Pumpkin is based on my old dog, though isn't quite as big as my old dog. I love Pumpkin, she's adorable.

In unrelated news, I was planning to go to the gym with my friend today, but it turns out that she's some crazy morning person or whatever, and goes to the gym at like 9am. That's not going to fly, because I just ate two cookies for breakfast and I haven't gotten anywhere near dressed yet. Plus, there's construction outside my bedroom to the west and the east, so I've not slept well. I'm going to meet with her on Friday! A much better day to work out. I'll probably be out of cookies by then, so that'll make it easier to motivate myself.