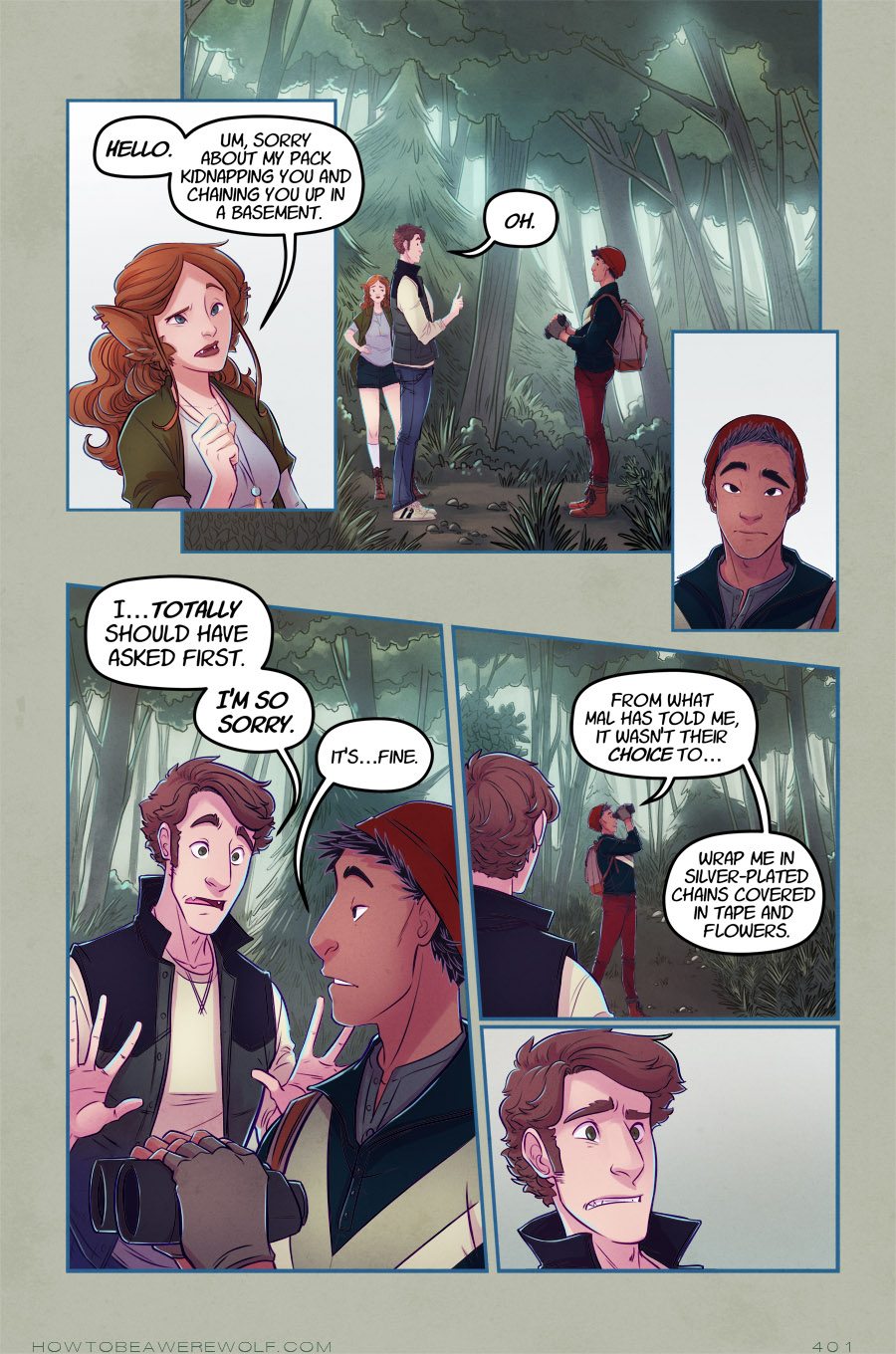 Vote over at TWC and you can see the colored version of MarMar spooning that I finally finished :D

Oh no! Conflict! In my How to be a Werewolf? It's more likely than you think!

But for real, I would be the one randomly bringing along someone the other person secretly was not cool with, obviously with the best of intentions, so I don't feel too bad putting Elias through this. Vincent is chill enough, he'll get past it eventually. A story has to have drama, but I like real person drama. I like the kind of drama you accidentally create just by being a person, and people are messy sometimes. The kind of drama you see on CW shows is almost so intense and constant that it wanders all the way around into parody, which has no functional impact.

Anyway, I need to put up some stuff on my Patreon that isn't just art and high res comics (join my patreon, etc), so I have two options this month that I'm kicking around.

1) I'll do a quick run down of all the stupid stuff I do to my comics to kick them up a notch. Textures, making the characters stand out from the background, etc.

2) I'll ramble about developing a story by the seat of your pants, a la whatever you see here every week.

Let me know if you have any thoughts on your preference! Even if you're not a patron, because eventually I'll probably post them up on Tumblr instead.