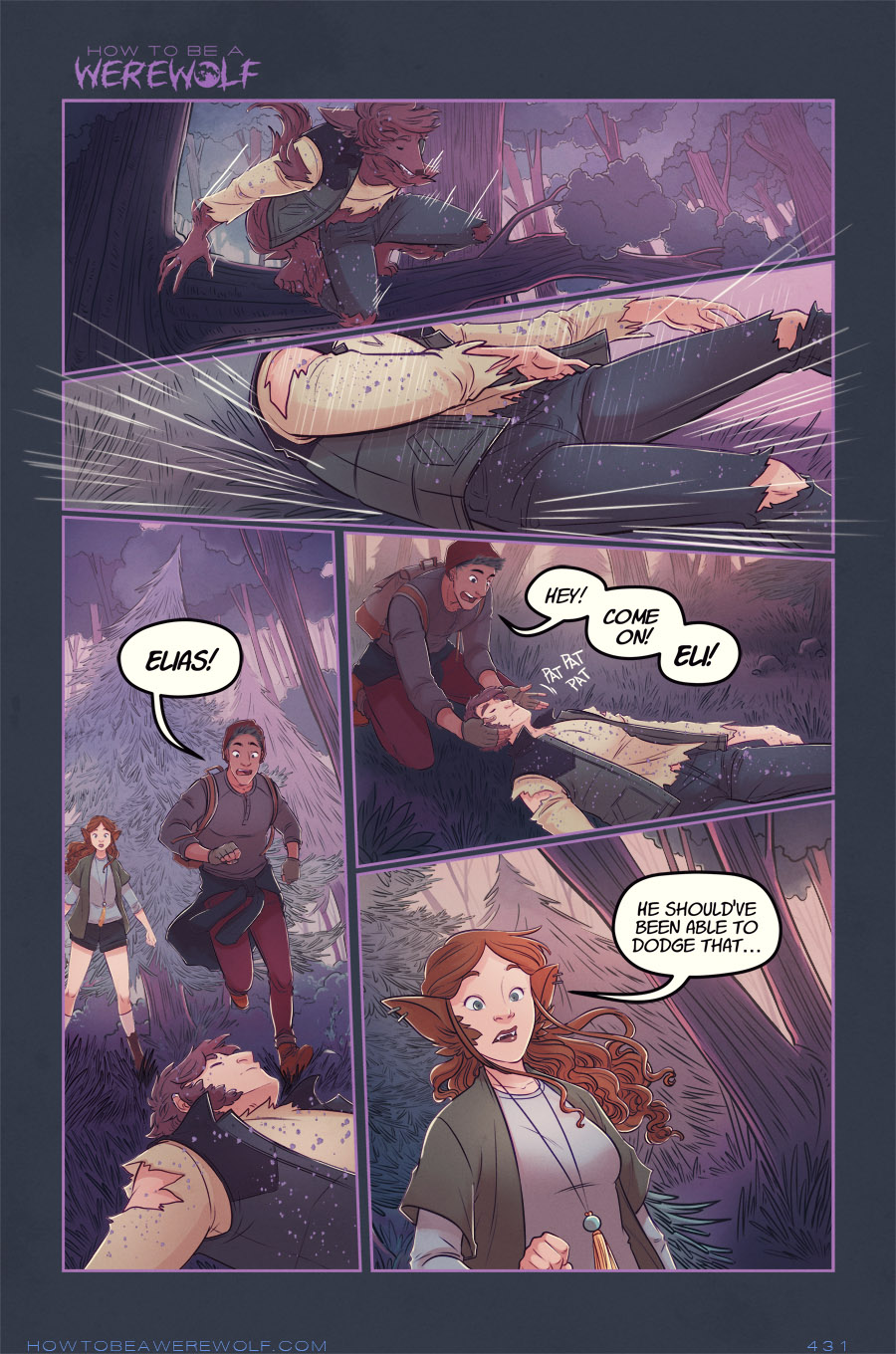 Vote over at TWC because it's May 1st! And also today's incentive is a neat sketch of Charlene

Ginger was expecting to learn about birds and science, and here she is, the last standing werewolf against a dude in a tree. This is why you should never go into the woods or leave your house, ever.

Look! It only took me like 430 pages, but Vincent is touching Elias voluntarily and it doesn't involve attempting to run for their lives. I'm making progress! What can I say, writing two people being mutually into each other takes a long damn time...for me. And Vincent is a robot which makes it harder. (I'm also a robot, so I understand him well.)

It's spring! Or it has been spring! I don't know when the cut off officially happens, but it's May 1st! Which means it's gloomy and gross outside, but my tulips are blooming any day now, so who cares! The idea that I have nothing but the most gorgeous months ahead of me really lifts my spirits, which gets harder and harder these days because humanity is insane.

Speculate away! I'm off to work on next week's pages a bit early, because we have local elections on Tuesday and I'm overseeing a polling location (and getting paid!). I can't wait to...sit around all day and read a book because no one votes in the primaries anyway.