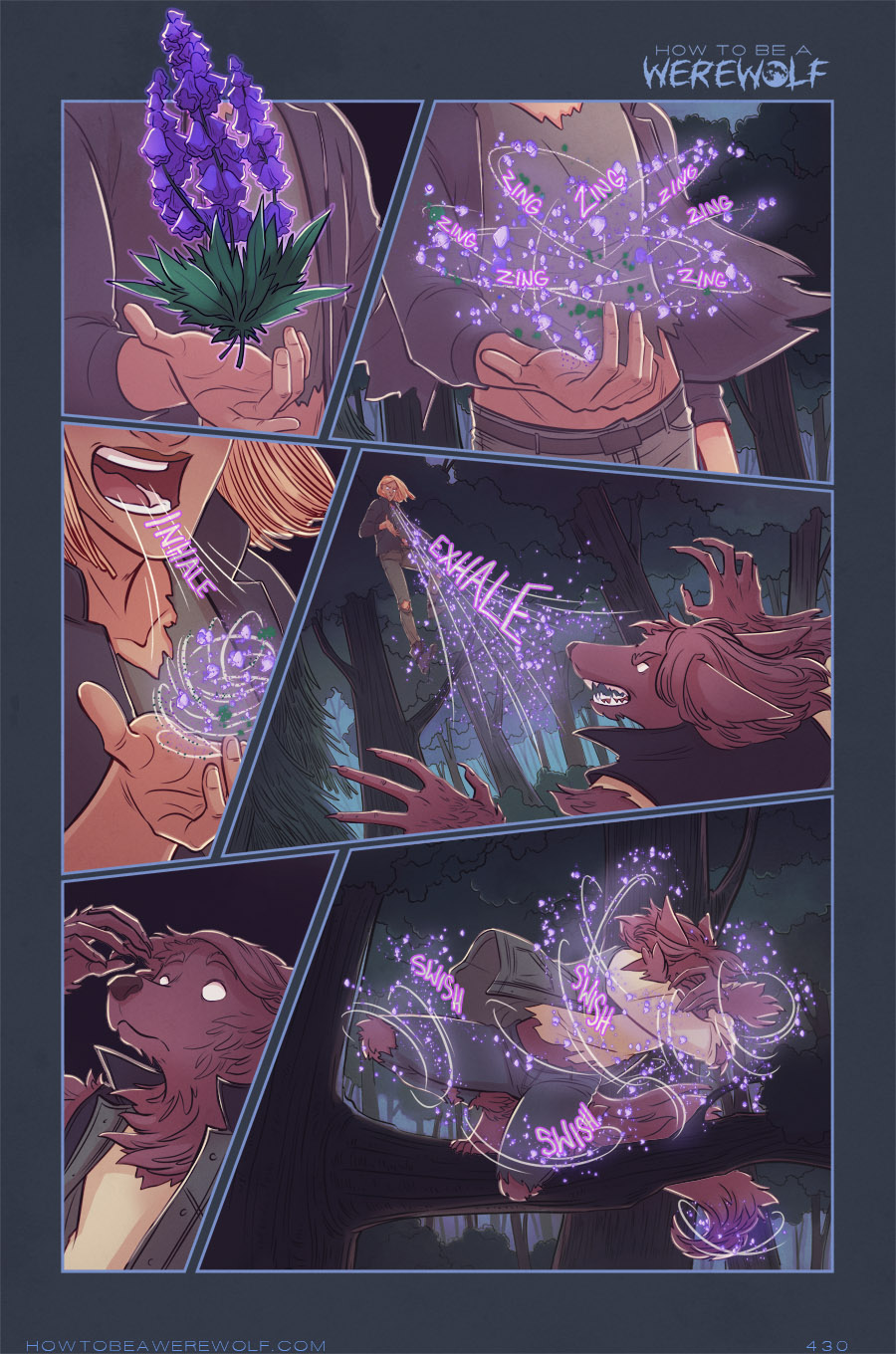 Vote over at TWC and you can see Ginger looking alarmed in tomorrow's page!

Sorry it took so long to get these up today! I wanted to get both today and tomorrow's pages ready because I have other work to do tomorrow, but it takes forever tbh. I kept having to tweak this page so the purple petals would show up well enough, and it took forever to get the right balance.

And yes, it'll be addressed why Elias wouldn't have been able to get away fast enough. Don't worry about it! It's a little hard to show speed in comics, especially in a webcomic. I would normally go for less panels per page, but I didn't want too much disconnect between Lucas's actions here. It sort of reads like slow motion, which I like actually. This scene feels like it would play out in slow motion in my head.

Lucas doesn't end up inhaling the flowers because he has them trapped in a little pocket of air. It's mostly him being a dramatic weirdo.

The weather keeps snapping back and forth between totally gross and actually pleasant this week, but I think I need to wander off now and take advantage of a sort of okay portion of the day to go buy groceries. I cleaned out the fridge yesterday and wow, not a pretty sight. I'm sort of failing on feeding myself lately, because it's easier to just throw something sub par together from whatever I have left in the cabinets than go out and buy groceries like an adult human being :|