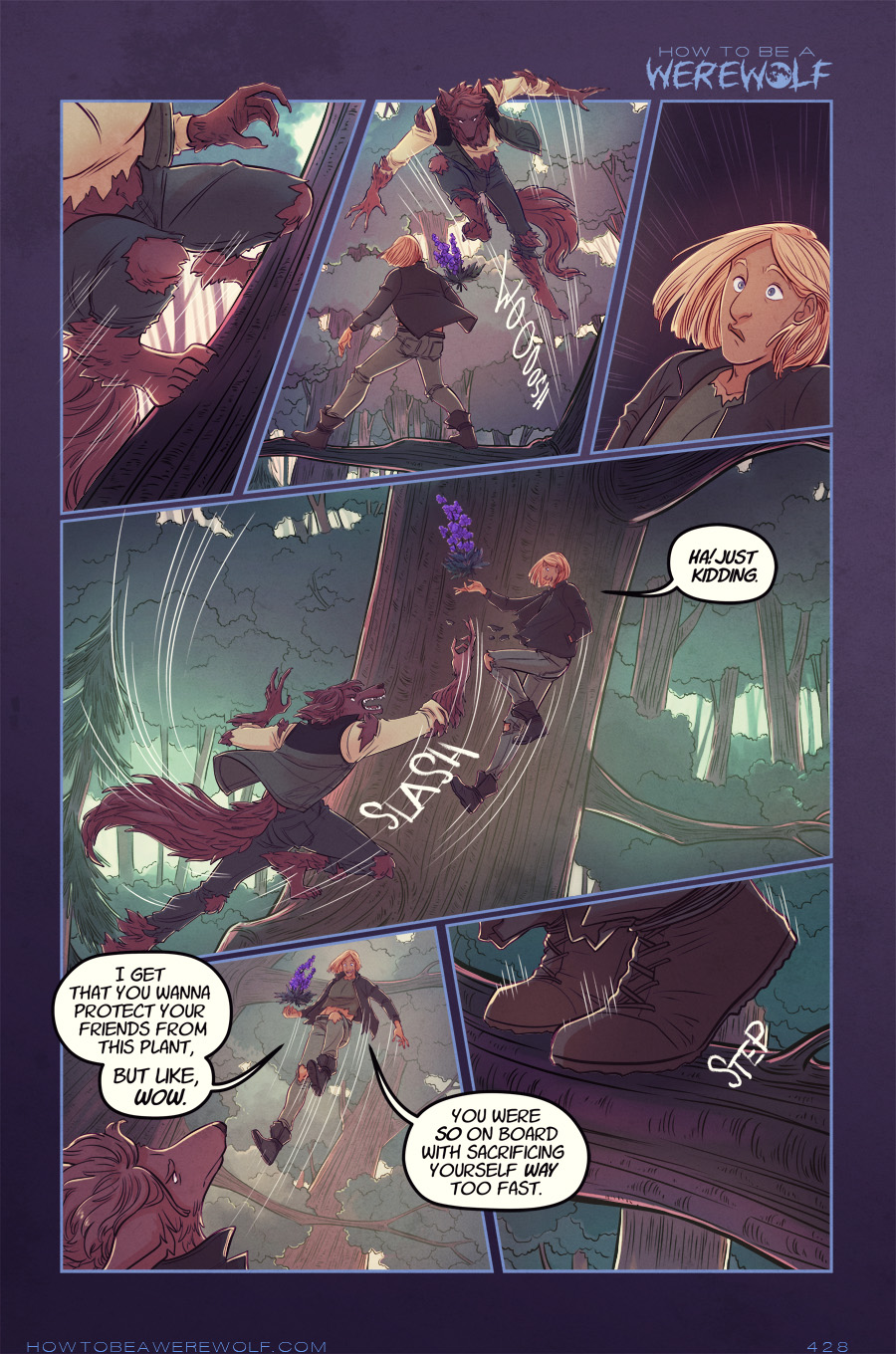 Vote over at TWC and you can see Lucas being very surprised tomorrow!

Lucas's last line is kind of clunky, but considering grammar and basic communication isn't really something he gives a shit about, it's fine. I'll change it if it still bugs me tomorrow.

Oh man, I would have had this page up an hour ago if trying to make a werewolf and a flying witch guy pop off a foresty background wasn't such a pain in the ass. Everything blends into each other too much, which is kind of what I want, but not so much that you can't see who's who.

Tomorrow's page will address more about why Elias is willing to fight a dude in a tree. Maybe he's bored! Dude hasn't done a lot of werewolf fighting since chapter 6. I also figured that I keep mentioning in this comic that Elias is fast and stealthy (though he usually fucks that up by being very THERE and up for a fight when one comes, so oops), and this scene is a good opportunity to nail down his style a bit more. Malaya and Marin turned out to be bruisers, but Elias is more about speed and doing flips and shit.

I've tried my best to keep his size here consistent with chapter 6, and consistent compared to Lucas, but just chalk it up to me being tired if he changes size a bit here and there. I'm taking a vacation in July and it's gonna be fantastic for my energy levels O_O.