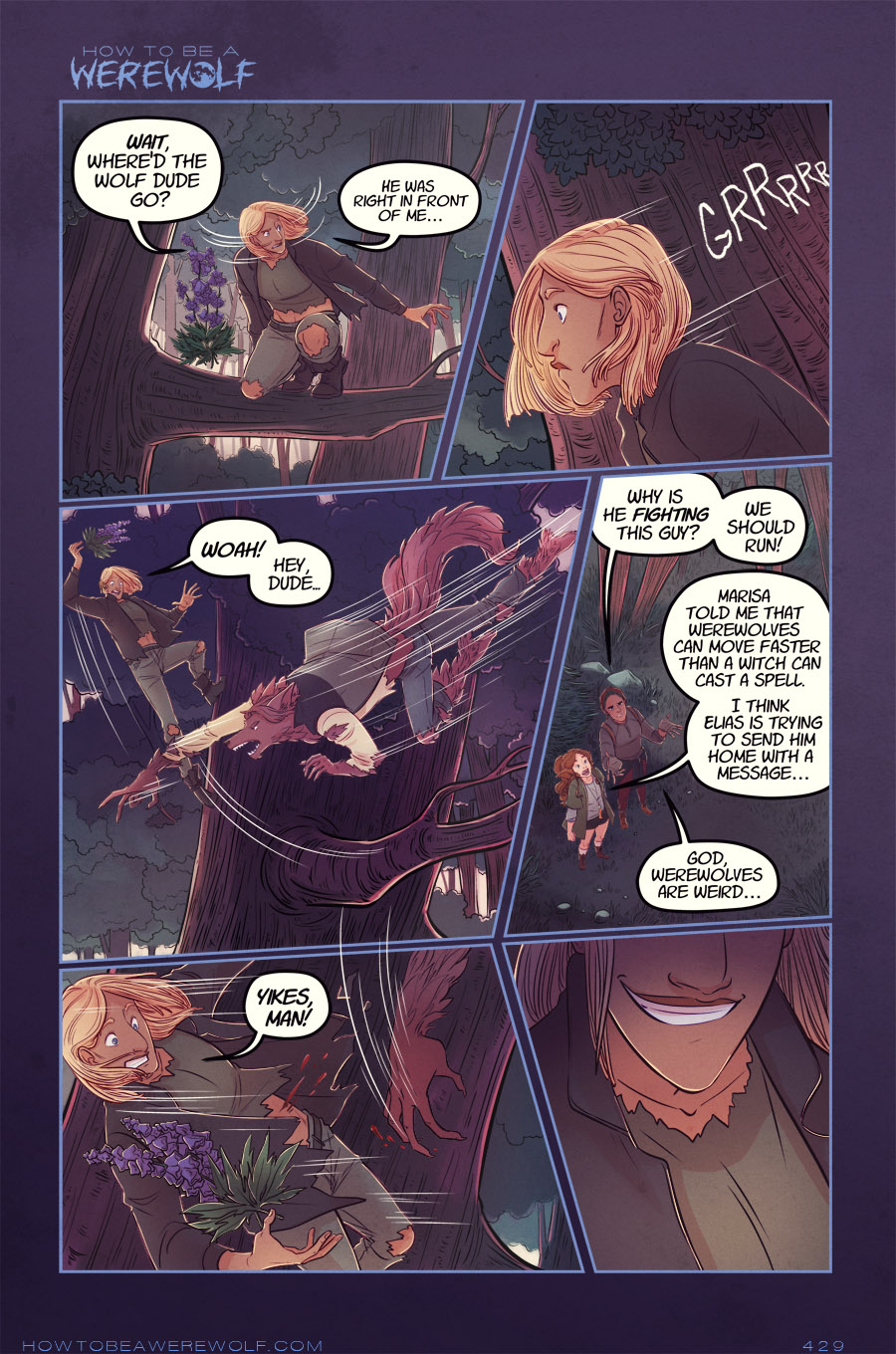 Vote over at TWC and you can see some thumbnails! Scribbles that somehow magically turn into a whole comic page!

Trying to lay out a fight between a werewolf and a dude who flies/floats in a tree is not easy! I think I managed. I wanted to show that Elias can be stealthy when he wants to be lol. (I guess no matter what, you still have a giant werewolf dude in a tree, there's only so fast you can move to hide that.)

But wait! Why isn't Lucas actually using the wolfsbane?? IDK, maybe we'll find out what he has planned after he smiles like a creep on that last panel.

In related news, I've let my Society 6 store kind of just fall by the wayside, but I finally hunkered down last night and came up with some merch to sell through Hiveworks! Mostly prints, especially the chapter covers, but I'm also adding a coffee mug with Malaya's family's cafe (Red Moon) to the store. I like merch that makes it seem like you showed up and bought something from a place in the story :). I'll try to add more prints here soon, and we're plugging along on the first volume (hopefully with a second and maybe third volume to follow pretty quickly? who knows, they only have so many people to help with this stuff!). I'm not good at merch because I hate owning things, but other people do! So I'll make it happen somehow. Not sure how long it'll take to get things posted in their store and everything, but I'll let you know!