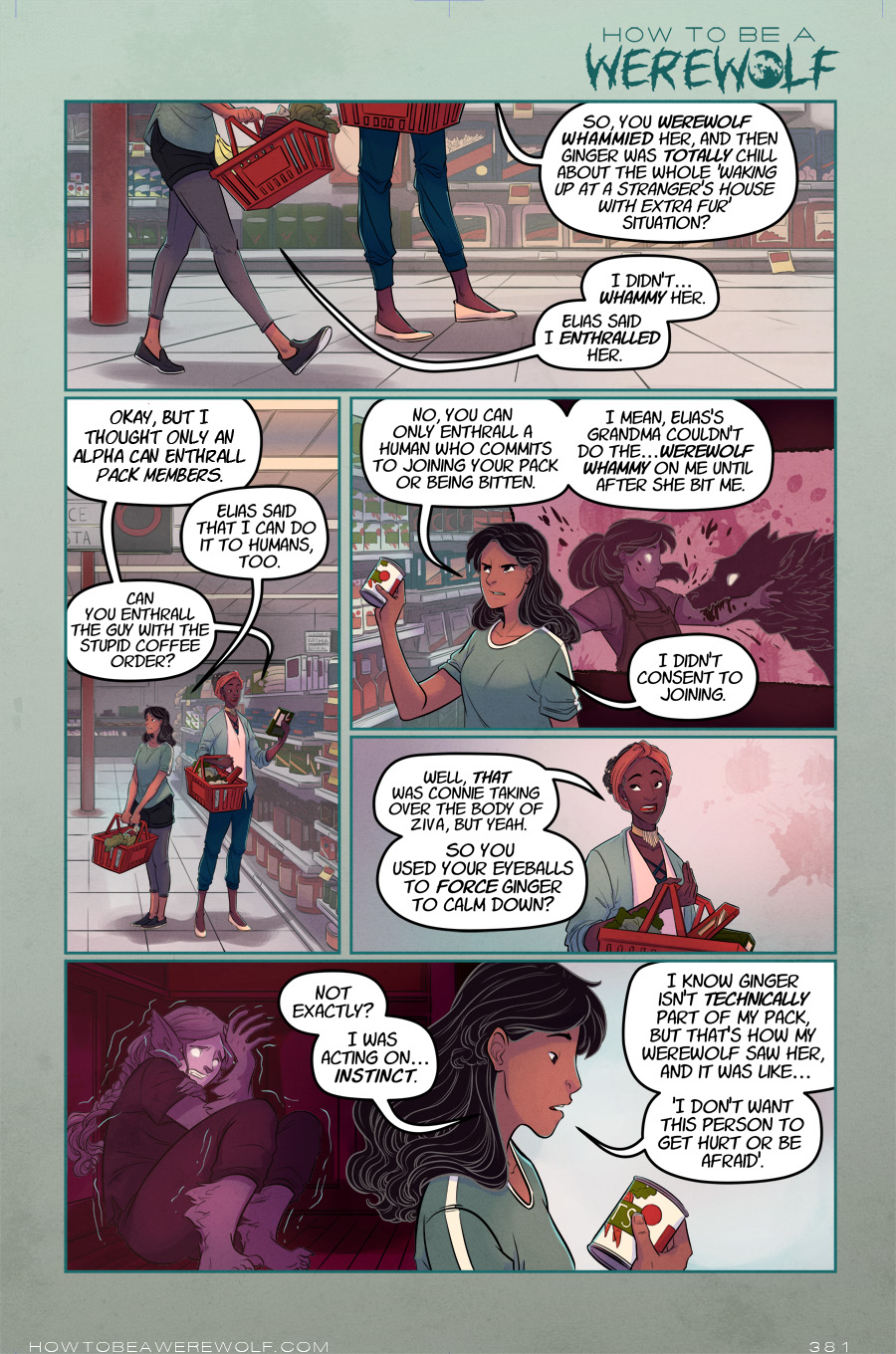 Vote over at TWC and you can see the thumbnails for this page and the cover, plus a different cover concept and a thumbnail from next week.

I hope you guys like discussions about power and responsibility and consent! Because...that's what we're doing for a few pages! Whatever project I do after HTBAW is going to throw all explanation of anything out the window and just be weird as fuck in an effort to recover from how much energy goes into making this story coherent. It turns out that it actually isn't easy to write a story that takes into account every person's emotional state and the impact every event has on them, but I'm fuuuuucking going to try and make it happen.

And yes! It is significant that Malaya is at a grocery store. She'll freak out about that next week, don't worry :). She's got a lot on her mind before we get to the meat of this chapter, which based on the chapter cover, is mostly about Vincent and Elias. Ginger is also making a significant appearance, but we'll get to that. To start off with, I just wanted to find a way to get Charlene in here for a bit. I really like how her friendship is shaping up with Mal, and I wanted to flip them and have Mal explain things for once. Usually Charlene is the one who has more knowledge of what's going on, but when it comes to the minutiae of werewolf things, I wanted to show that Malaya is learning and taking an interest in knowing more about werewolf things and her own abilities.