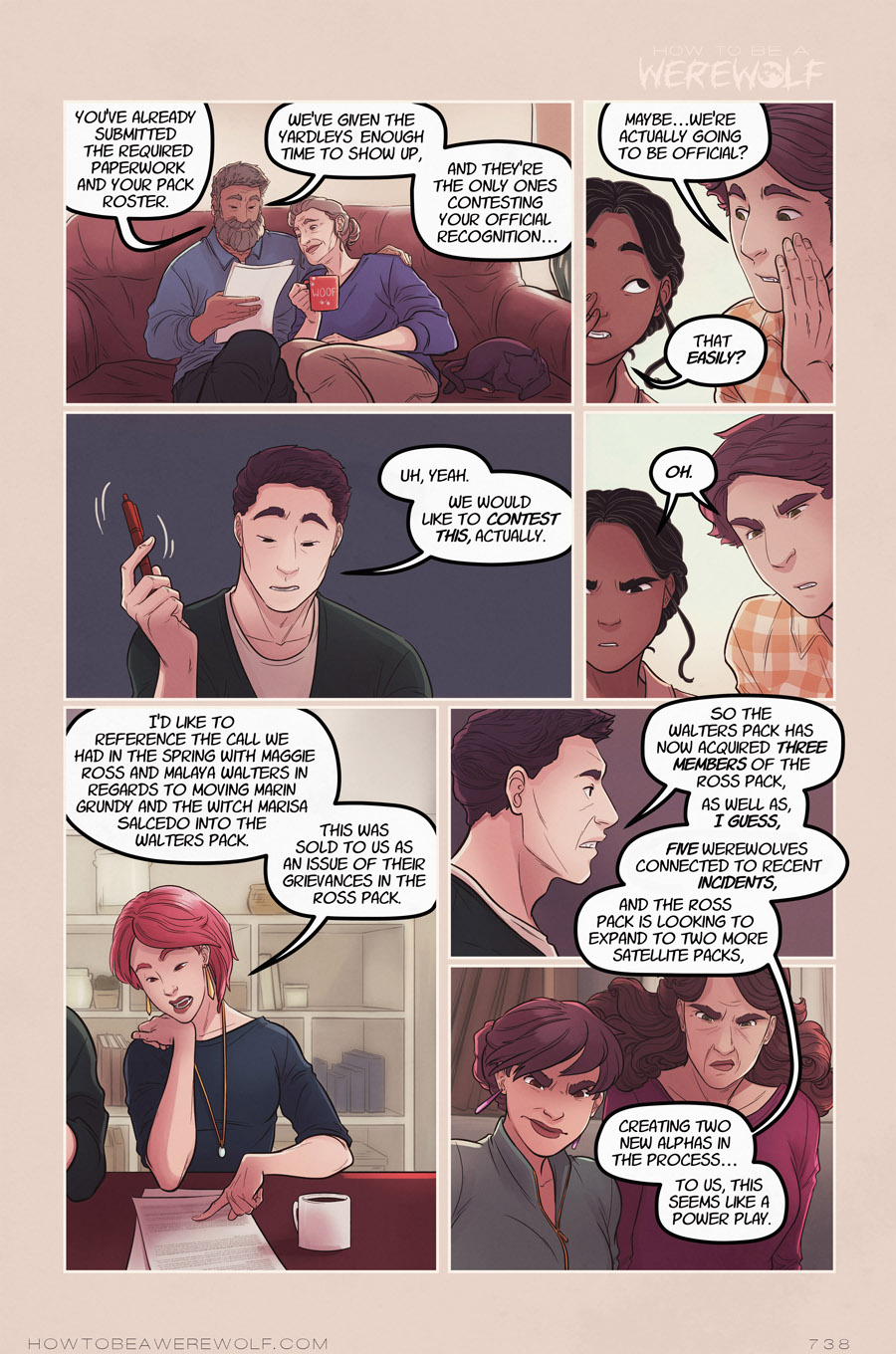 Oh man, when you have to go back in time two damn chapters for the context for this page. Sorry! For reference, here's more information! Maggie and Sara had already planned this, two split up the Ross pack and expand the alpha duties to Maggie and Ezra, while trading Marin and Marisa to Malaya to help boost her pack numbers for approval and take away some of the threat that the Ross pack expanding might pose. So, keep that in mind. There's some Ross/Walters pack subterfuge going on here, but as much as the Strongs want to see this as a threat to them, nobody actually has any plans to fuck with them. They'd never believe that though, and they're nooooot wrong that it looks like a gentle takeover.

Anyway, I'm trying to make these pages interesting, but I also don't want to put all my eggs in one basket here, because "werewolf zoom call" isn't where I'm taking this chapter in the end lol. I'm trying to resolve this scene soonish so I have some drama on deck for the full moon and the potluck in the next chapter.