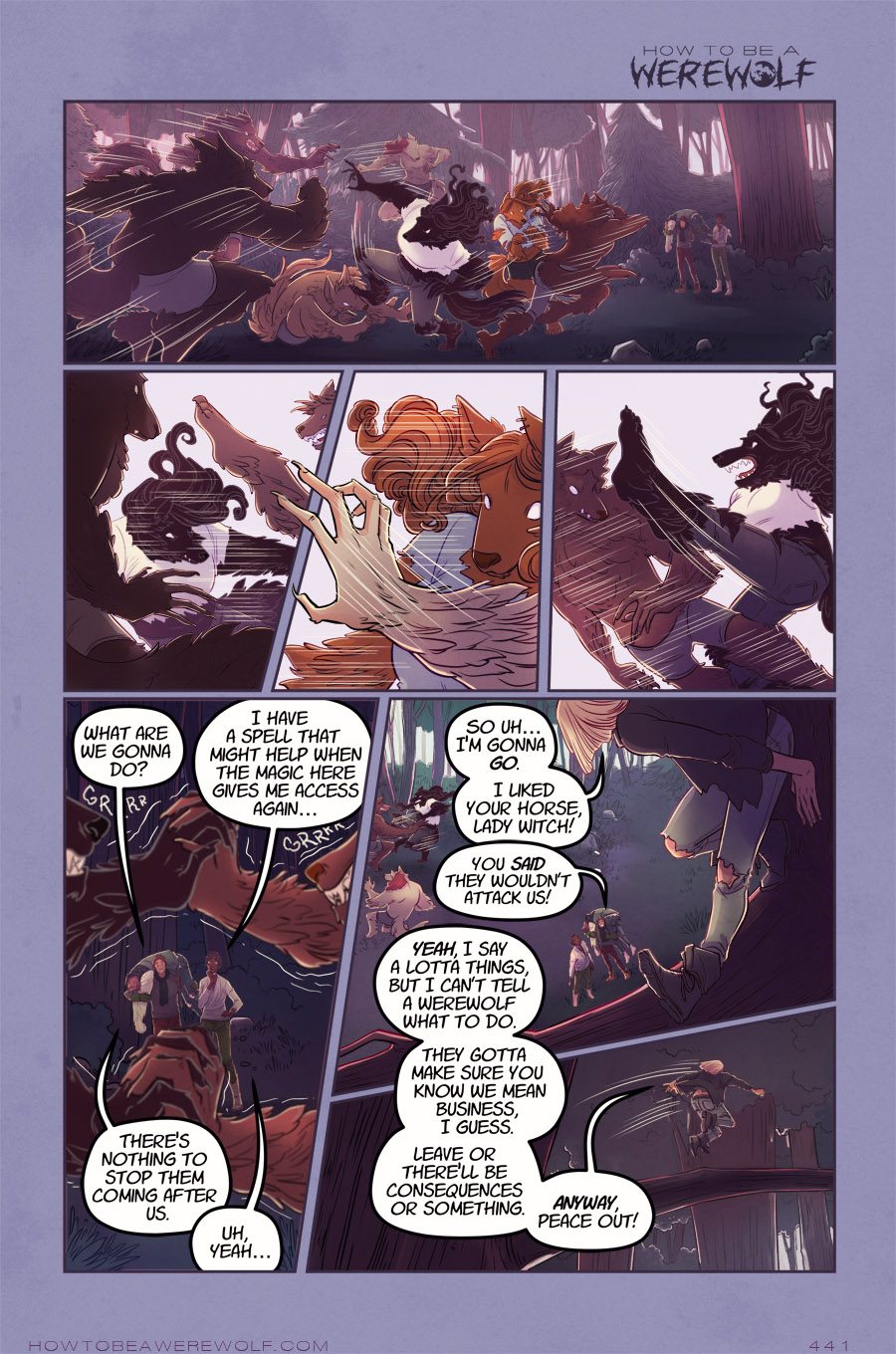 A page with more werewolves than have ever werewolf'd in this comic before!
Posted June 5, 2019 at 12:25 pm

Vote over at TWC and you can see Vincent being concerned, because I just like making him say weird things.

As I mentioned yesterday, I'll be at Indy PopCon at table 838 this weekend at the Indianapolis convention center! Come see me! I'll give you a free slightly-not-as-good-as-I'd-hoped print if I have any left. Also if you find me and I'm staring off into the distance with a glazed look on my face, that's because my soul has left my body and you're talking to the somewhat sentient husk that I've left behind. Don't worry, it's still friendly!

Wander over to see whatever merch is up at the Hivemill if you want some neat prints or a cool mug! And one day, other things as well!

Oh man, so much stuff on this one page. Some weeks I get lucky and I can breeze through whatever I have to draw on a page. Some weeks, I end up with pages like this where I have to shove like nine characters in one panel, sometimes multiple times. And it's quite a busy page, which I try to avoid, but sometimes that's a must. If I were making this comic purely for print, I'd probably draw this all out, just a few panels per page of fast-paced werewolf fighting...but honestly, I don't really like drawing out fight scenes too long. They feel cool and dynamic, but just like in a big action movie, eventually your awareness of the story wanders off. In a comic that only posts a few pages a week, I can't really sacrifice an awareness of the narrative just for extra zippy fight scene pacing.

Anyway, we're finally getting this chapter wrapped up soon! Thank god, but that means I have to write chapter 10, and like...ugh. I dread having to nail down the narrative for a chapter every time, which is why most chapters start a little slowly, or just address whatever the emotional fall out from the last chapter was. I always need at least a handful of pages to get my shit together and let my mind switch gears. A gave Lucas the opportunity to wrap up his thoughts on werewolf things so he's free to float back to wherever he came from, which is his prerogative as a dude who's obligated to do this for various reasons but doesn't actually care lol.

I've never had Malaya's hair down for a werewolf fight thing before, it's always been up in a ponytail to some degree, so we'll get to see the consequences of that when she transforms back. I'm a big believer in realistic hair dynamics, except for the fact that everyone's hair in this comic just sort of floats on an invisible breeze regardless of the situation.