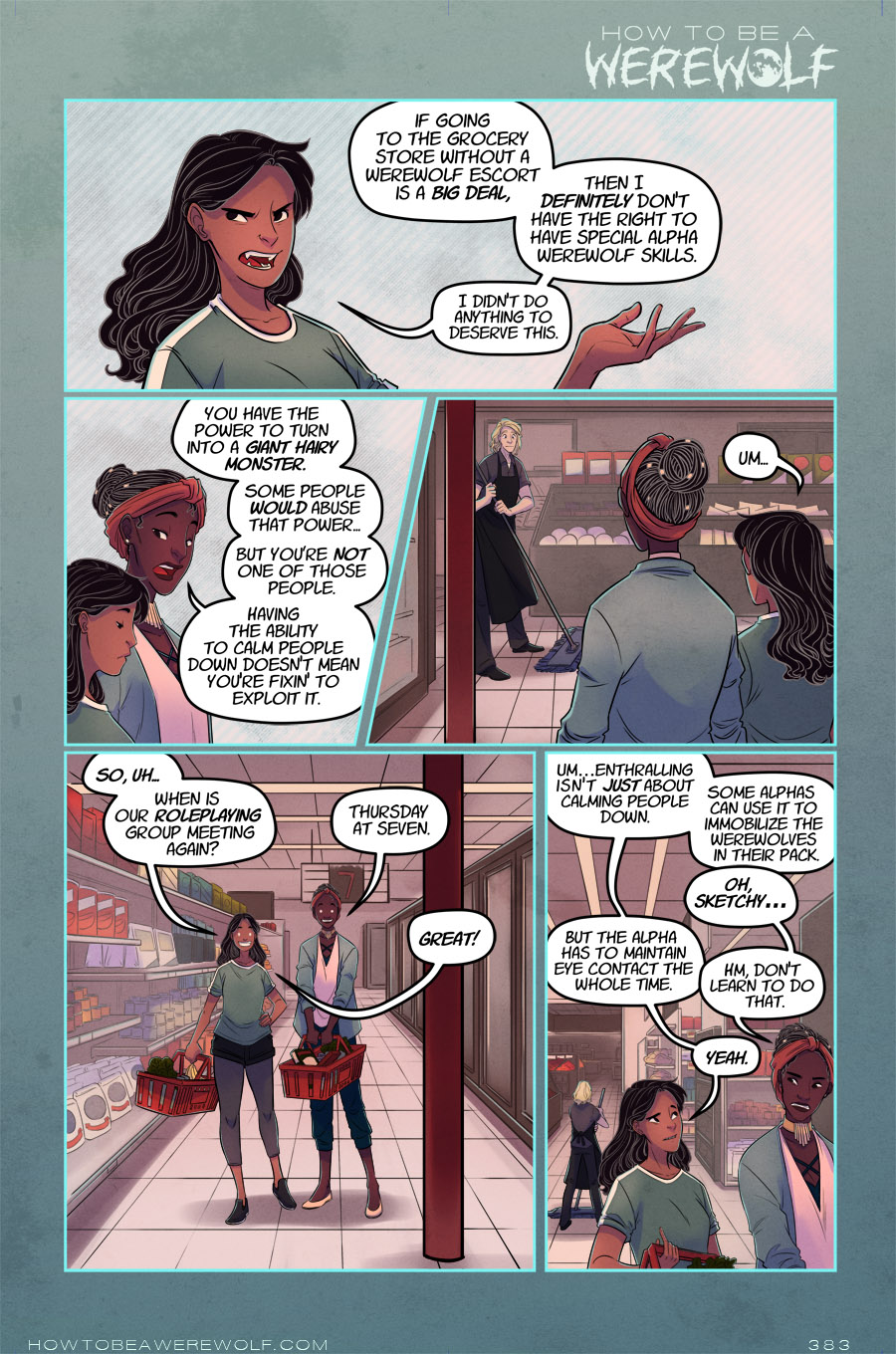 Vote over at TWC and you can see some thumbnails! That's all I got because I'm very tired :D

There's only so long you can discuss werewolf things out in the open before someone is going to think you're crazy. They're lucky, because that grocery store minion has probably heard weirder.

It wasn't originally in my plan for this section, but there! We have addressed Malaya's concerns for any consent issues related to enthralling, and expanded on them in general, so now we're good. I also changed a line a few pages back, because yes, Charlene does know what enthralling is, but that line didn't come off as teasing and more came off as confusing. But Charlene doesn't know as much as Elias passed on to Mal, so now everyone is very educated. I mostly wanted to avoid Charlene throwing down all the details in this section, because I think it's unfair to always have her as the voice of knowledge. One, because having Charlene act primarily as a mentor plays into some weird tropes surrounding the Wise Black Character (edit: well, technically I meant "Magical Negro", which is a trope worth reading up on) that I'd like to avoid, and two, because I'd like her and Malaya to have a more or less equal relationship. Charlene isn't here to save Mal, she's here to help if she can, and that help is appreciated. They know each other's big secret (witch! werewolf!) and they're developing an actual friendship from that. (This is also part of the reason that Charlene's primary powers look cool, but are useful without being explicitly destructive - I don't want her having to swoop in and save the day all the time.)

Anyway, I'm half alive, so I'm going to wander off and have something like a day off, while also trying to get ahead on next week's pages. I have to help plant trees around my neighborhood on Saturday (uh, it was kind of my idea that started this project, so I should probably show up) and Sunday I have to canvass to get people out to vote. Being an adult is great fun! I would like a vacation now.